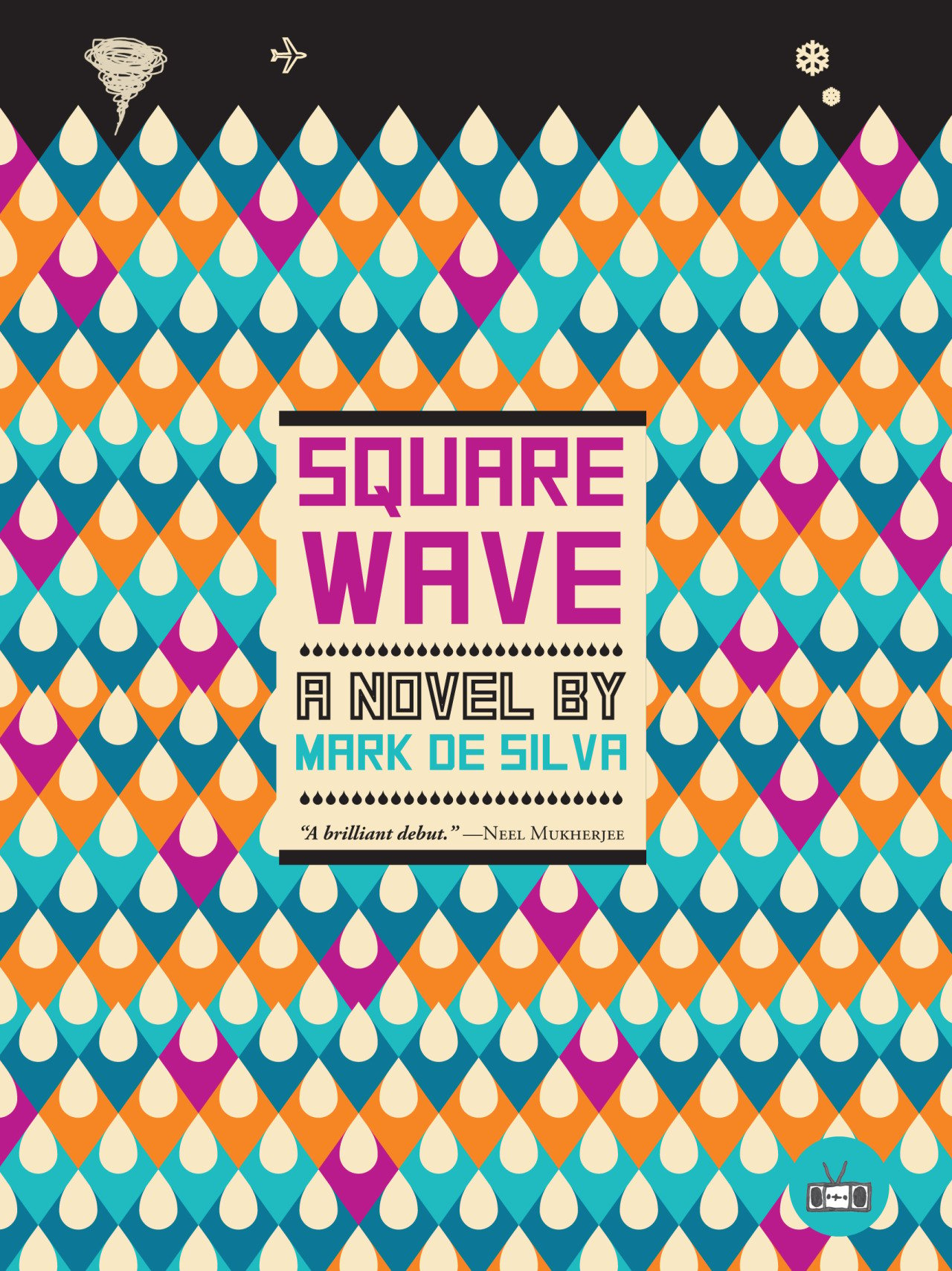 Mark de Silva’s Square Wave is defined less by its plot, characters, or setting than by long essayistic excursions into historical, scientific, and artistic arcana. Its world is a blearily glimpsed dystopic future in which political factions are competing for power and violence is omnipresent, but no one quite knows who’s perpetrating it or what it means. After Carl Stagg, a kind of government watchman, discovers the beaten and bloodied body of a prostitute, he investigates this heinous act, the latest in a string of similar crimes. At the same time, Stagg pursues his true avocation, writing and researching a work on Sri Lankan history through the lens of his own family. Meanwhile, peripheral characters study atmospheric science, compose avant-garde music, and make their entry into the world of pornography.

De Silva spends whole chapters of his debut novel exploring 17th-century Sri Lankan power struggles, cloud-seeding experiments, microtonal theory, and ass smoothies, and ultimately the characters are subordinated to these ideas. Though these passages are clearly and sometimes beautifully written, it can be easy to get lost in the weeds. But this, it seems, is very much the point. De Silva forces the reader to make connections among these sundry topics, to leave oneself open to their prismatic meanings.

There are no particularly memorable characters in Square Wave. Its plot is relatively slight, parceled out slowly, failing to resolve in any traditionally satisfying fashion. Its dystopian future world remains elusive, indefinable. De Silva’s prose is frequently sumptuous, but just as often plain, unexceptional. And yet, the novel is extraordinarily dense with meaning and permeated by a sense that, as de Silva writes, “In a scattered world, everything hinged on your capacity to put the pieces together.” The disorder and confusion of contemporary life is often greeted with a shrug and a retreat into the self, and so de Silva’s novel is refreshing in its belief that disparate ideas can, in some sense, be united, that experimental music has something to say to experimental meteorology if we’re willing to do the translation.

In an essay for 3:AM Magazine, de Silva called for a recommitment to the visionary possibilities of the novel, for “expecting our best writers to push themselves to visionary heights, and expecting ourselves, as readers, to make the climb, not always easy, to meet them there.” In contrast to the current fashion for memoir-ish literary fiction written in immediately accessible prose, the kind of writing that’s practically indistinguishable from good first-person journalism, he proposes a return to the transformative, to work that buys into what he calls the “art-contract compact”: “f the reader will commit the energy necessary to carefully work through the book, the writer will deliver to him a sensibility-shaping experience.”

De Silva’s conception of the novel here is idealistic. Against the doomsayers who’ve proclaimed the death of the novel in an age of short attention spans and infinite options, de Silva still believes in the transformative power of literature. Square Wave is appropriately ambitious in its ideas, if too tentative in its construction to qualify as truly “sensibility-shaping.” But if it doesn’t quite clear the high bar it sets for itself, de Silva’s ambition in creating a work that aspires to the heights of the visionary is commendable in itself. History, violence, music, science, human interaction—Square Wave treats these not just as facts to be reported, but as dots to be connected. The Wikipedia-sourced info-dump may have become something of a cliché in a certain type of postmodern novel, but De Silva’s approach to esoteric subjects is more deeply researched and more thoroughly thought through.

And so, for example, the novel’s frequent detours into Sri Lanka’s past aren’t merely historical window dressing, as they parallel and reverberate against the dominant narrative, and eventually they start to comment on the novel as a whole. Late in the novel, in a scene that serves as a kind of intellectual climax, Stagg delivers a condensed version of his research to a shadowy institute known as The Wintry. His speech, which takes the form of a series of small vignettes, has been precisely arranged to communicate encoded messages about the violent power struggles of Stagg’s present. And yet, even Stagg doesn’t seem to fully grasp their import.

Perhaps the same could be said of Square Wave, and any work which enters the art-contract compact. Its details are arranged not simply to reflect the world, but to communicate deep truths about it, truths which even the author himself may not fully grasp. And maybe that’s part of the point. Describing Stagg’s vignettes, de Silva offers a potential explication of his own personal aesthetic project: “Perhaps they managed to say more, in their compression, about him and his several selves, his family and about history, than the rest of what he’d written, even if he was less sure he could fully survey their meaning. That was the problem, the virtue of poetry, of art. It outran you.” A novel, if it’s to be truly visionary, must be greater than the novelist himself.