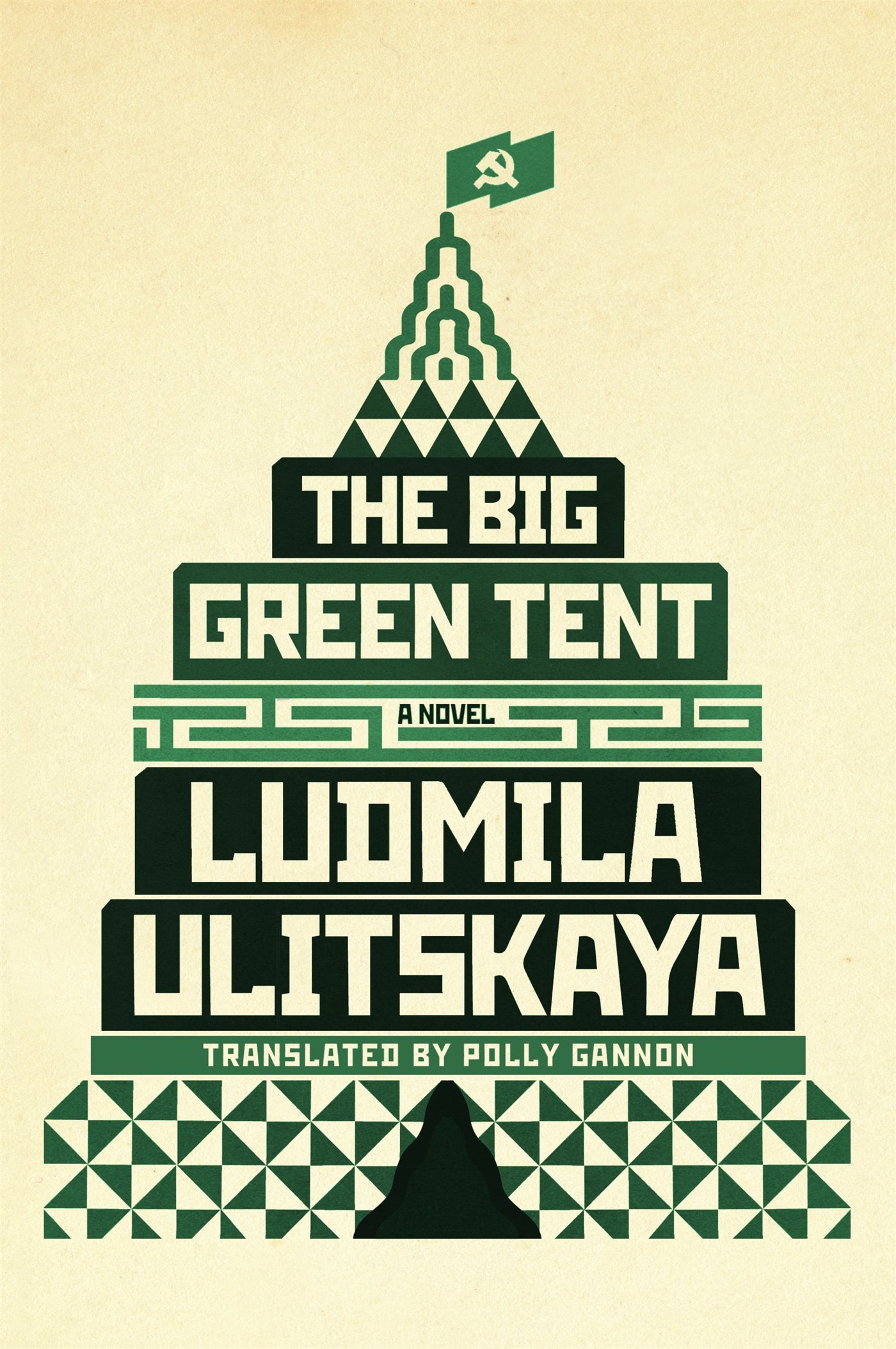 Over the course of The Big Green Tent’s nearly 600 pages, which take us from the final years of Stalin’s reign to the collapse of the Soviet Union, novelist Ludmila Ulitskaya recounts all manner of Soviet repression, from omnipresent KGB surveillance to labor camp imprisonment to the forcible deportation of the Tatars and subsequent refusal of their right of return, and yet the novel closes with an epilogue entitled “The End of a Beautiful Era.” For Ulitskaya, who came of age in the post-Stalin era, this was the ugliest of times and the most beautiful of times, an epoch when the dreariness of Soviet public life was counterbalanced by the voracious private consumption of books.

The Big Green Tent is, in its way, a deeply nostalgic novel, wistful for a time when books really mattered. Beginning with a trio of young, aesthetically minded friends—Sanya, the musician; Ilya, the photographer; and Mikha, the poet—who dub themselves the LORLs (short for Lovers of Russian Literature), the novel’s early chapters capture that ferocious rapacity for literature which can only be fully experienced in youth, when writers like Tolstoy and Pushkin seem to hold all the secrets to life.

Sanya, Ilya, and Mikha are natural outcasts, but they aren’t exactly born dissidents. Art comes before politics for the LORLs. Their first (accidental) brush with dissidence is a sign of things to come: The boys stumble on a suitcase containing a Russian translation of Orwell’s Nineteen Eighty-Four (which was banned in the Soviet Union until 1988). The book leaves a deep impression on Mikha, who “was far more receptive to the artistic word than to the dry erudition of political economy.”

Later, these characters and others will become involved in samizdat activity—reading, printing, and trading hastily typed onionskin copies of Solzhenitsyn’s The Gulag Archipelago, Pasternak’s Doctor Zhivago, and Brodsky’s poetry. These books, totems of dissidence, have a way of popping up throughout the novel, uniting together a wide and disparate cast of characters.

In one chapter, a young girl unwittingly uses a manuscript of The Gulag Archipelago to pad out her brand new boots. At one point, another smuggles microfiche containing the same book to the West inside her vagina. Another girl passes along an early draft of Doctor Zhivago to her teacher. Later, Mikha is afraid a secret document hidden in a copy of the same novel will implicate him in dissident activity.

Doctor Zhivago is a particularly important point of reference for Ulitskaya. Pasternak’s novel revived the Tolstoyan tradition of the “Russian novel”—a grand work featuring dozens of characters set against a sweeping backdrop of historical change—in the 1950s, when Russian culture seemed to many to be at an ebb, and Ulitskaya attempts the same thing today at a moment when Russia is again being accused of cultural stagnancy. Like Doctor Zhivago, The Big Green Tent features a massive cast of characters whose lives are intertwined in extremely complex ways. From the core trio of LORLs, the novel spins out to encompass dozens of fully realized characters, some of which recur throughout the novel (though often with hundreds of pages between their appearances) while others are confined to a single chapter.

The Big Green Tent isn’t a difficult novel, but its density invites an obsessiveness that’s often difficult to muster in this media-saturated age. Ulitskaya seems as if she would like to be read the same way she read Tolstoy and Pasternak, in intense devourment. Her prose is clear and straightforward with relatively minimal dialogue, little description of setting, and not much room for ambiguity.

Ulitskaya describes characters more than she reveals them. This often works, as in her introduction of Sanya, which sticks with the reader throughout the novel: “His classmates were filled with envy and disgust at his zippered jacket, his girlish eyelashes, the irksome sweetness of his face, and the cloth napkin his homemade lunch came wrapped in every day.” But elsewhere, Ulitskaya’s attempts to control our impressions seem merely corny, as when she writes of Mikha: “He spoke better than the judge, the prosecutor, and the lawyer put together.”

The big-canvas Russian novel is a form that can withstand a bit of bad writing. (Tolstoy and Pasternak certainly wrote a few clunkers in their day.) For Ulitskaya, prose is just a path toward narrative. Stories, anecdotes, tales, and gossip—these are Ulitskaya’s primary idiom. The Big Green Tent tells so many stories it can barely contain them all. One story spawns another; one character draws in two more.

Ulitskaya’s novel ultimately gains its power from the cumulative impact of its stories. Reading it, one gets the feeling of being back in the Soviet Union, trading secrets, half-truths, and third-hand anecdotes among a network of friends and families. These stories perhaps formed a kind of sprawling counter-narrative to the official party line, and Ulitskaya has brought them all together at last, under one big tent.

Ludmila Ulitskaya ‘s The Big Green Tent is now available from Farrar, Straus and Giroux; to purchase it, click here.

The Art of Repetition: Kenzaburo Oe’s Death by Water