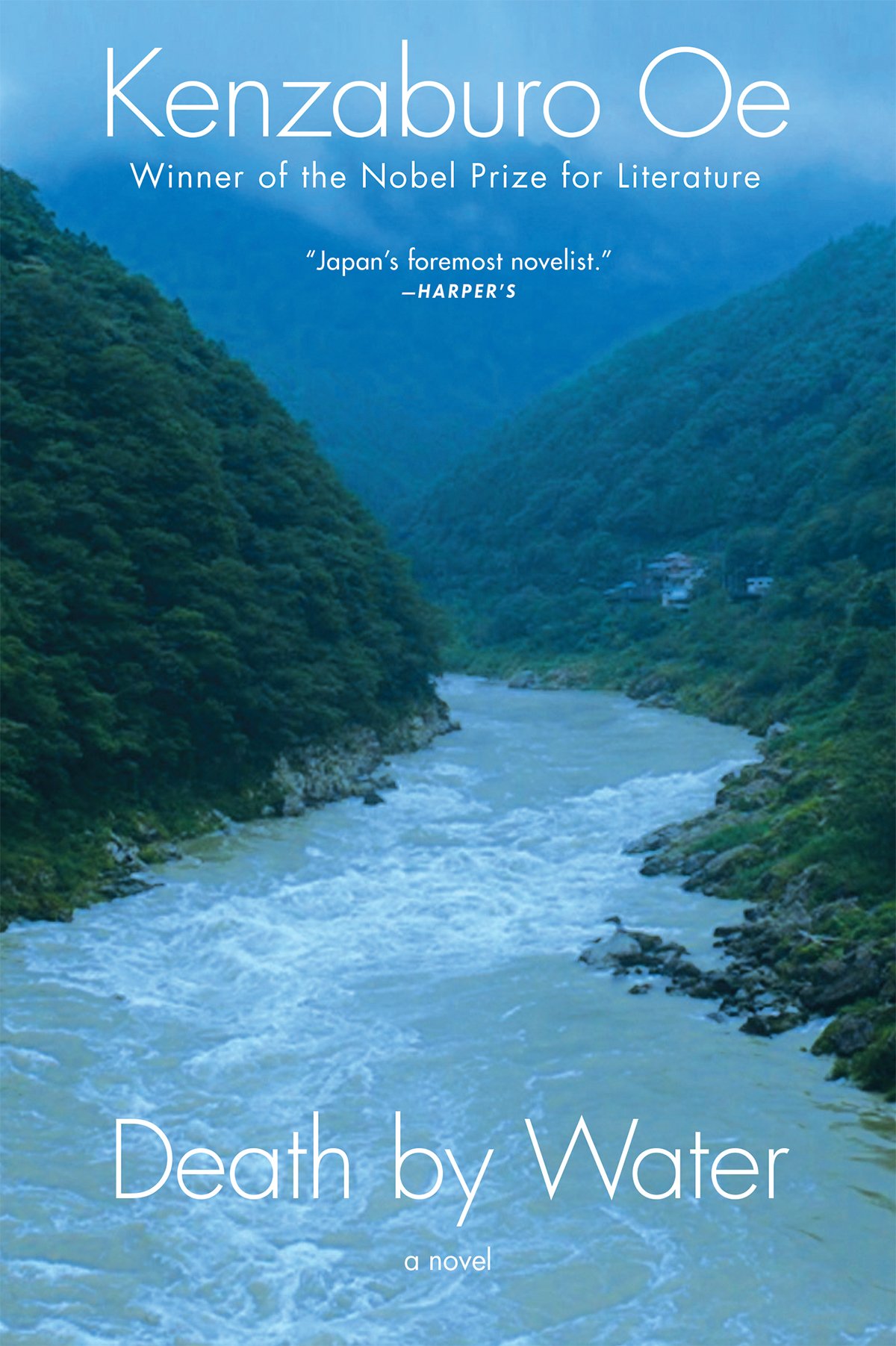 In Death by Water, the 16th novel by Kenzaburo Oe to be translated into English, the Nobel laureate returns to the same concerns that have filled his work in the near half-century since his first novel was published. The story follows Oe’s alter ego, the writer Kogito Choko, a narrator who’s appeared as Oe’s representative in many of his previous novels and who’s here attributed with writing a few novels from Ōe’s own canon, most notably The Day He Himself Shall Wipe My Tears Away. What could be seen as an attempt to hide behind a pseudonym is in fact central to the issue Oe is concerned with understanding, as he again explores how fiction and truth mingle to create not just personal histories and relationships, but narratives of entire societies.

The big question seems to be whether your dream is based on something you actually experience, or whether you first dreamed about the scene you described, then came to believe it had actually happened…you really weren’t sure where reality or memory ended and dreams begin.

Well-established as a leading literary figure in Tokyo, Choko decides to travel back to his childhood home in rural Japan to recover a red leather trunk which once belonged to his father. Once there, he hopes the contents of this trunk will release his writer’s block. He plans to complete his “drowning” novel, a piece of work he’s intended to write since early in his career, but which he’s thus far been unable to complete. With this unfinished novel he aims to understand more about his own early life and his father’s mysterious death in the nearby river. But at his sister Asa’s suggestion, he allows a somewhat sycophantic theater troupe to visit, and once ensconced in his family home, he starts to collaborate with them to develop a production based on his life and works.

While the novel is mainly narrated in the first person, and very much focused on Choko throughout, the structure intermittently turns to extensive second- and third-person description. Every other character seems to be intimately knowledgeable about not only Choko’s work, but also his motivations. There are even lengthy sections where one character relates what another has told them about Choko. Asa, for instance, tells him what he’s feeling at certain points and also his motivations for writing previous works. The theater director Masao is able to recite lines from Choko’s earlier work by heart.

However, if you delve deep enough into your memories, there’s a real-life incident you experienced long before you ever thought of writing the novella. At the time, you heard the drunken young officer’s singing the song, and it would have stuck in your mind.

This not only puts distance between the reader and the narrator, but also artfully gives the impression of the great age of the narrator. The life and energy of the everyday world, as personified by the youthful theater company, appears to come from a different era than Choko, and by implication Oe. Indeed, the narrator’s age and his separation from the modern world are the novel’s key themes. In the last century, there are few countries that saw such a radical shift in social order as Japan, and Oe’s ability to speak directly from experience, when describing long-gone societal structures, lends the novel the ring of authenticity that comparable historical fiction doesn’t have.

Like the Ottoman miniaturists in fellow Nobel prize-winning author Orhan Pamuk’s novel My Name Is Red, there’s an almost obsessive focus on reiteration, both in the dialogue and the characters’ behaviors. Each repeated action reinforces the existing customs of Japanese society and subtly emphasizes the link between habits and societal influences. As past events are turned over again and again, some of the darker periods of the country’s history slowly come into focus.

We hear the same tropes and leitmotifs repeated first by Choko, then by other characters, presented as theater, as fact, as memory, as fiction. And while the author ostensibly visits his family house to uncover the past and make headway on his final novel, the idea that revisiting the past can fully explain it is ridiculed. When, relatively early in the novel, Choko opens the red leather trunk to discover nothing of use in it, it’s already apparent that the truth he’s searching for isn’t something that will be contained inside a trunk, but rather in the process of writing and reworking the world around him. A process which Oe carries out masterfully.

Kenzaburo Oe’s Death by Water is now available from Grove Press; to purchase it, click here.