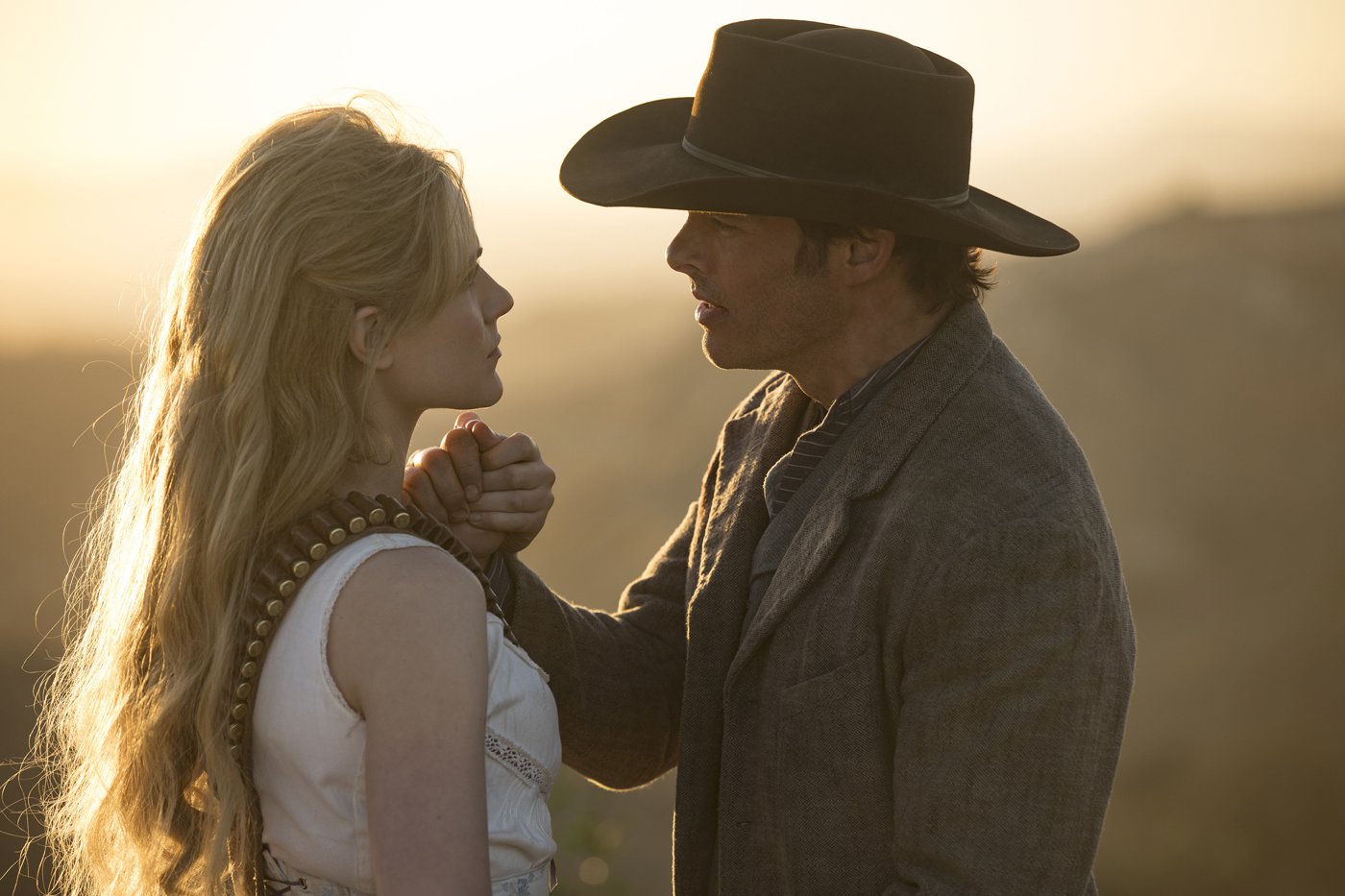 After an inaugural season mostly defined by its puzzling narrative structure, the prospect of true danger imbues Westworld with a newfound sense of urgency. The new season of the HBO series begins where the last one ended, with the newly sentient Dolores (Evan Rachel Wood) and the other android hosts of Westworld on the move after overthrowing their human tormentors. After spending 30 years attending the titular theme park, William (Ed Harris) finally gets his wish: to play a game with real stakes and, in his mind, real meaning. With the park’s safety precautions having been deactivated at the end of season one, hosts can now kill humans. And with many of the park’s maintenance crew dead or on the run, hosts will have trouble getting repairs. The rules are gone, and the landscape of the series is changing rapidly.

The new season doesn’t turn away from narrative trickery altogether. There are four main storylines spread across disparate timelines. The bulk of the season seems to be a closed loop, with the present-day scenes providing context for otherwise disorienting flash-forwards. Dolores, driven by revenge, seeks recruits to widen the scope of her rebellion; Maeve (Thandie Newton), her powers significantly upgraded last season, looks desperately for her lost daughter; and William digs deeper into the maze at the heart of Westworld. And throughout, Bernard (Jeffrey Wright) appears in each timeline, acting as a totem to, among other things, help distinguish the events of the present from those of the future. In addition to their individual efforts, the characters are headed west, toward some ambiguous destination they call “Glory,” or “The Valley Beyond.” Unsurprisingly, while they claim to know the truth of what they seek, viewers are never filled in about what exactly lies ahead. As always, Westworld is content to merely signal coming twists and turns.

While the mystery of “Glory” is enticing, the show’s sleight of hand continually detracts from the potentially rich implications of Maeve, Dolores, and Bernard achieving sentience. When Maeve and Dolores briefly cross paths in a tense standoff, Maeve cuts at Dolores’s newfound freedom, telling her, “You feel free to command everyone else.” It’s a compelling notion that the series breezes past: As Dolores becomes more human, she also becomes more vicious. But Westworld doesn’t interrogate her decisions, even as it makes such a fuss over her discovering the power of choice. The series is more interested in the sheer havoc she creates, and in the uncertainty of what awaits her.

Bernard is similarly underserved throughout the new season, mumbling and doddering through his scenes. He, like Dolores, only recently discovered the truth of his robotic existence, but plagued by amnesia, he’s mostly left trying to remember what happened in the wake of Dolores triggering the host rebellion by shooting Robert Ford. Bernard’s memory gap is one more beguiling mystery in a series already full of them, but his fugue-like state eclipses the emotional consequences of his awakening.

The cottage industry of fan detectives will no doubt be pleased by glimpses into other parks that expand the universe of the series. Traveling alongside Lee Sizemore (Simon Quarterman), Westworld’s grating head of narrative development, Maeve is confronted by unforeseen horrors in the brutal Shogun World. But unhinged ninjas and duplicitous ronin are less interesting than the park’s more uncannily familiar aspects, which Lee is forced to explain to an incredulous Maeve. She’s shocked to find her own life story being played out by her Shogun World equivalent, and he struggles to justify his self-plagiarism. It’s a construct that provides some humorous meta-commentary, as well as the kind of emotional resonance that’s a welcome rarity in the series. Maeve recognizes the fact that her code is far from unique, and that despite being awake, she’s still very much like the hosts of this new park.

Because of the widespread host awakening, Shogun World and the other new parks beyond Westworld’s perimeter are thrown into chaos as quickly as they’re introduced to viewers. Just as season one engaged in intricate world-building, only to effectively destroy Westworld in its finale, this season rapidly introduces new territories for characters to survive in and then conquer. The new parks form a seemingly boundless landscape for Maeve, Dolores, and William to explore, while reinforcing the artifice of their world. And despite the elevated stakes for robots who might never be repaired, or humans who can know be killed in the park, violence is more abundant then ever in the series. William once pined for “one true thing,” but the destruction of all things synthetic in Westworld rarely leads to the discovery of truth.

Dolores, for instance, might be sentient, but she’s hardly more human. Occasionally dispatching fellow robots as coolly as she kills most of the humans she happens across, she’s only adopted the human capacity for cruelty and revenge—a fact that reinforces the dim view of humanity that pervades Westworld. When Logan (Ben Barnes), William’s fellow host-killing human guest, is treated—in a flashback—with a preview of the Westworld robots, he wastes no time turning the orientation into a full-blown orgy. The series argues that free of the societal construct, humans default to either fucking or killing. Dolores continues that trend, usually preferring the latter.

In Westworld’s second season, the narrative tricks are now accompanied by story arcs that might endow Dolores, Maeve, and William with recognizable humanity to complement their basest or most pressing desires. Yet while the series is evolving somewhat beyond the hermetic, enigmatic structure of its first season, it still veers too frequently into simplistic misanthropy. Throughout season two, the newly sentient robots are often as vicious and single-minded as their human captors once were. As in the first season, narrative mysteries beg to be decoded, but Westworld asking us to take at face value that becoming more human is a change for the worse is just one example of how the show’s philosophical inquiries barely scratch the surface.