AMC’s remake of Patrick McGoohan’s 1967 television cult classic The Prisoner is a convoluted mess from start to finish. Of course, anyone familiar with the mind-warping trippiness of the original series will know that being a convoluted mess is at least partly the point. The conceit of The Prisoner is that an unwilling protagonist (McGoohan in the original series, James Caviezel in the new miniseries) is plucked from his urban workaday life and sent to live in the Village, a place where people are numbered, not named, and where no one will acknowledge that anything but the Village exists.

Caviezel plays the hero, called Six, as a man alternately defiant and befuddled. He’s supposed to be an everyman, but the actor doesn’t invest him with enough personality to make us care. All we know about him and his previous life is that he worked for a mysterious organization called Summakor, monitoring CCTV footage from around the world. We also know, via flashbacks, that prior to his incarceration in the Village, he had a mystifying one-night stand with Lucy (Hayley Atwell), another Summakor employee. These scenes are some of the most compelling in the series, providing insight into the larger world that Six previously inhabited. In fact, Atwell, a British actress with almost-black eyes and a wide-open face, would have been a much more effective choice for the role of Six.

The ruler of the Village is played by a sartorially elegant Ian McKellen, clearly relishing the role of playing both God and Devil of his own mini-universe. All Two wants is for Six to accept his fate and settle into the benign rhythms of life in the Village, and all Six wants is to discover who or what is screwing with his head. While this makes for a fairly clear-cut premise, the show’s creators (writer Bill Gallagher and director Nick Hurran) cram the miniseries with so many surreal touches and out-of-leftfield plot devices, not to mention choppy editing and all sorts of visual trickery, that it starts to feel as though you are on a merry-go-round that will never stop. As the non sequiturs mount up, it becomes harder and harder to care about Six’s plight.

The good news is that The Prisoner is a miniseries, not an open-ended series. It ends after six hour-long episodes, and its conclusion, while only partly comprehensible, at least explains the basic principles behind the Village, and more importantly, the series’s overarching themes. The American television landscape is littered with shows that have outstayed their welcome, being constantly renewed (punished, really) for their ratings success. Shows like The Office have long since run out of fresh ideas for their characters, and Lost and 24 are forced to constantly come up with new wrinkles to keep their narratives alive. The limited run of The Prisoner offers up a decidedly better model, especially for shows with high concepts. Too bad The Prisoner doesn’t offer much more.

Review: Tom Hooper’s Cats Is a Chaotic Tribute to a Dire Cultural Artifact

Review: The Good Liar Is Ambivalent to Both Genre and History 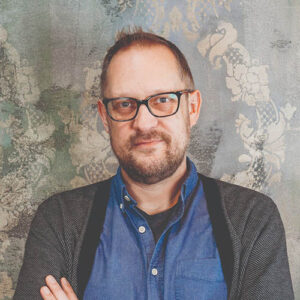 Mash-Ups: How Buffy, Veronica Mars, & Glee Changed Genre TV (And How the Internet Changed Them)