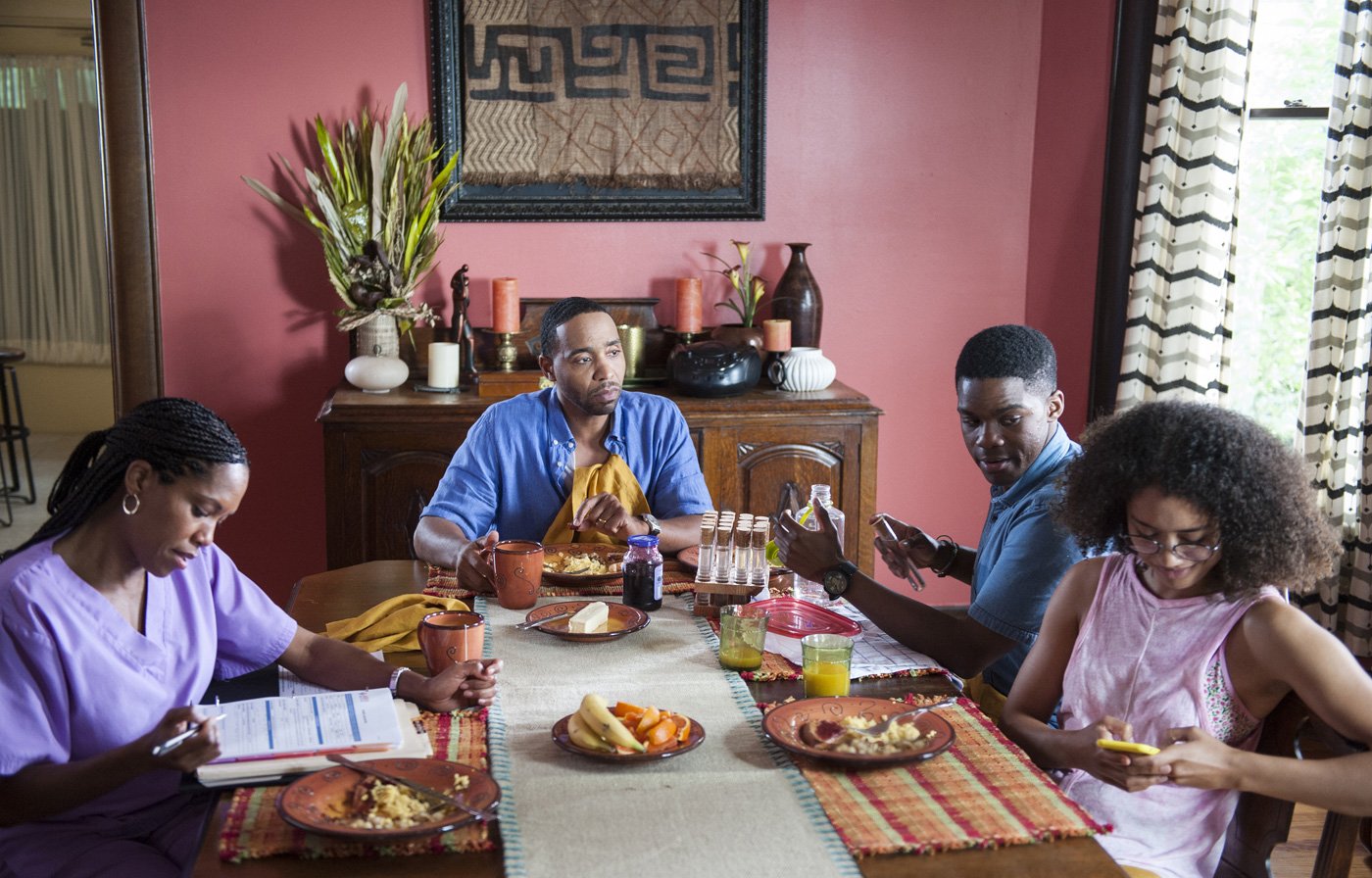 The Leftovers is best understood as a meditation on grief. In the HBO series, the spontaneous and inexplicable disappearance of millions of people worldwide has created an atmosphere of uncertainty and despair, and with no explanation on the horizon, the only question is whether or not those affected will be able to successfully move on from the tragedy. The new opening title sequence for the second season is composed of a series of snapshots (family vacations, parties with friends, sports matches, weddings, graduation ceremonies), with certain figures hauntingly erased, driving home both the universality of the disaster alongside the singular stories of loss. The photographs with the erasures could be imagined having been taken at the exact moment of the disappearance, or departure, thus implying a montage of imagined scenes of disbelief and heartbreak.

The first season introduced viewers to Kevin Garvey (Justin Theroux), a troubled, haunted man battling personal demons in the wake of events that led to the breaking apart of his family. His wife, Laurie (Amy Brenneman), left the family following the departures to join the Guilty Remnant, a cultish group whose goal is to keep society from moving on from the departures—that is, to keep the grieving process from reaching its natural conclusion. Now in season two, Laurie has left the GR in the aftermath of an attack that almost resulted in the death of her daughter, Jill (Margaret Qualley), and is instead acting as a sort of shepherd for those members seeking to rejoin their previous lives, providing group therapy and then aiding in their assimilation back into “normal” society.

As such, acceptance, the final stage of the grieving process, is the realm in which we find ourselves in season two. The future, as always, is uncertain, but we see a new family forming as Kevin and his new girlfriend, Nora (Carrie Coon), who succumbed to despair after losing her husband and two children in the departure, leave town for good to start a new life together. But what could be a lazy strategy for a new season of a TV series—uproot and rebuild somewhere else with a new cast of supporting characters—is instead an effective way for the series to keep shifting the audience’s focus and explore new perspectives on the central metaphors at hand.

The town of Jarden, Texas, located inside what is now known as Miracle National Park, has become famous for its utter lack of departures on the day of the mysterious event, and is now drawing pilgrims in search of peace and safety who are afraid of the event happening again. Nora’s house has sold for an exorbitant amount of money to researchers from MIT who want to study what might have caused her entire family to depart, so the new ragtag clan makes the expensive move to Miracle. Settling in after a harrowing and uncertain arrival, they ultimately end up living next door to the Murphys, a family who proves that everything may not be what it seems in this new place.

John Murphy (Kevin Carroll), in particular, surfaces as a powerful and potentially dangerous character, a husband and father, but, more importantly, a man who wields power not only as the town’s fire department captain, but as the leader of some kind of vigilante militia. On his bedside table are biographies of Nelson Mandela and Vladimir Lenin, and the character himself is a curious amalgam of revolutionary and dictator.

The season premiere functions familiarly as a laying of the groundwork for what’s to come, moving the plot pieces around to create sites for potential conflict. But what continues to impress is the show’s consistently striking attention to detail. The various storylines are elegantly structured, layered over one another to create the sensation of an image slowly coming into focus. Kevin and Laurie’s son, Tom (Chris Zylka), goes undercover for Laurie, acting as a member of the GA and seeking out those who might be ready to defect; his and Laurie’s story gently inflects the Miracle storylines as each episode seems focused on singular arcs, the whole becoming clear only after focusing first on the individual parts.

And here in season two, the cinematic language is even more refined than before, the set pieces even more artful. The camera revels in opportunities for flourishes such as a seemingly non-diegetic transition in which three teenage girls are running through the woods naked—from what, we don’t know—while slowly raising their arms to the sky, and there are other frequently repeated visual motifs that deepen the content rather than distract from it.

In the season’s stunning opening sequence, a pregnant woman wakes in a cave, entangled with the other sleeping members of her tribe in what must be read as ancient times, the sequence already endowed with elements of the mythic. When she stumbles outside to relieve herself, something shifts in the earth and the cave crumbles in on itself behind her, crushing her sleeping tribe. She claws desperately at the rocks in an attempt to uncover any possible survivors, but the exertion induces labor and what follows is an operatic childbirth scene, a chiaroscuro-inflected montage of suffering punctuated by a classical score that further lends the scene a sense of the chimerical.

The woman doesn’t fare well alone and is ultimately poisoned after wrestling her newborn away from a giant snake, but not before she manages to bring her baby to a safe place to be found after her death. We have always been suffering, she seems to tell us, and we have always counted on others to carry us forward from the darkness. So, too, in The Leftovers. The scene ends with a startling tracking shot from the dead woman’s body to a group of present-day teenagers splashing around in the water nearby in what we later learn is the miracle town of Jarden. Seismic activity has been rampant in town, and aftershocks of the earthquake that kills the pregnant woman’s tribe are felt throughout the season as more and more questions are raised about the departures and what caused them. The whole sequence takes more than 10 minutes to enact, and it’s with this lingering on the cinematic rather than a quick plunge into the indignities of plot that the series demonstrates its sophistication, in the form of patience.