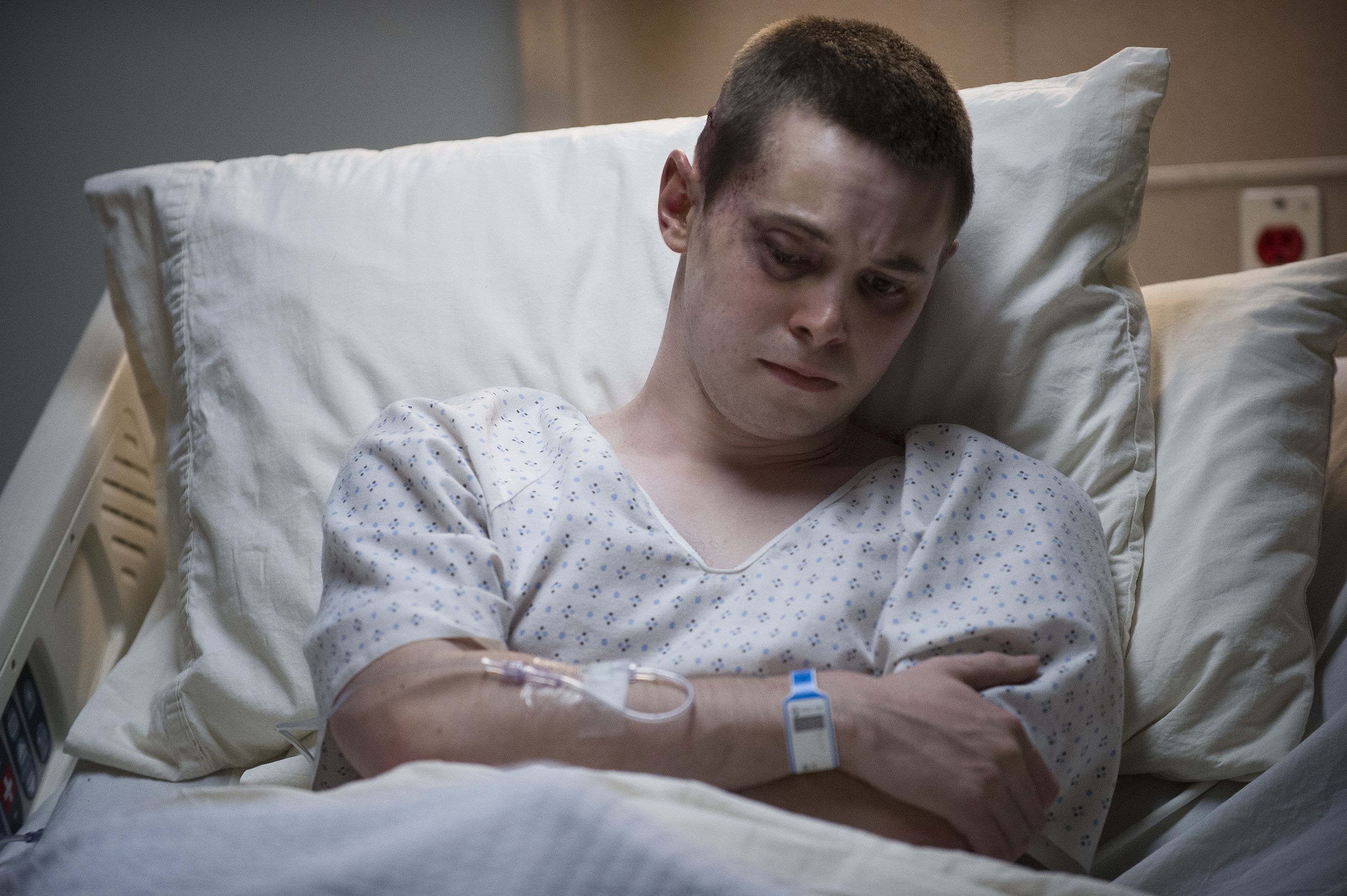 The fourth season of The Killing begins with Sarah Linden (Mireille Enos) washing blood off her body, the pink runoff rushing quickly down the drain. It’s a telling opening statement for the final six episodes of the series, as the detective and her no less terminally troubled partner, Stephen Holder (Joel Kinnaman), must now cover up their own crime: the execution of the Pied Piper, an abductor and killer of lost young women. One of the season’s more noteworthy visual predilections is its use of blood as a sign of guilt, as Linden consistently finds flecks of incriminating forensic evidence around her home. It’s fitting, as remorse has always been a driving thematic force in The Killing, all the way back to when Linden saw the search for Rosie Larsen’s killer as a way toward redemption after failing to save another young woman.

What’s always hampered this intriguing series is the overbearingly lugubrious atmosphere that its creators have leaned on to highlight the morose emotional timbre of their characters. Set in stormy Seattle, The Killing evinces a purgatorial moodiness that grates in its heavy-handedness, from the constant overhead shots of the city to the grim, muted color palette, though the effect isn’t as catastrophically overwhelming as it was in the show’s less grounded second season. There are a handful of scenes here that are as intimate as any the series has produced thus far, mainly involving Linden and her son, Jack (Liam James), but they’re drowned out by the show’s stock, uncomplicated, and ultimately cynical outlook on the fundamental corruption of most major cultural and social institutions.

Though the specter of the Pied Piper hangs heavy over everyone, the fourth season centers on a new case as well, the brutal execution of the Stansburys, a wealthy Seattle family. Inevitably, this brood turns out to be a nest of vipers (sadistic father, molesting mother, hateful sister, etc.), and at first, clues point to the surviving family member, Kyle (Tyler Ross), a cadet at St. George’s Military Academy who barely survives what looks like a suicide attempt at the scene of the crime. The show’s writers go on to set up the expected line of red herrings for Linden and Holder to look into, including Joan Allen’s Col. Margaret O’Neal, the head of St. George’s, and a pervert neighbor with the requisite room wallpapered with peeping-tom photos of Kyle’s sister in various stages of undress. The photo room is an almost obligatory image of eerie obsession, and much of Linden and Holder’s latest investigation is written as if it were lifted from a playbook for your average police procedural—which is to say, without interest in exploring the full psychological effects of the Pied Piper case, which has rendered the SPD officers desperate, homicidal, and on the brink of madness.

For a series that had to switch networks just to provide closure for the galvanizing, open-ended third season, there’s nothing viscerally compelling about this latest manhunt, no grand expressive sense of ending. The talk-heavy interactions, familial rifts, and dense backstory, which dominates much of the dialogue, are given admirable efficacy by the cast, but the mysteries and “suspense” in this season, largely evoked by the investigation into Kyle, his family, and his school, feel predetermined, half-assed variations on the two crimes at the center of the three previous seasons. Even in its tense, involving conclusion, the final season of The Killing conjures nothing so much as a more compact recitation of its mundane pessimism, still incapable of shaking the humdrum drama and redundant thrills that forced the series to find a new home in the first place.