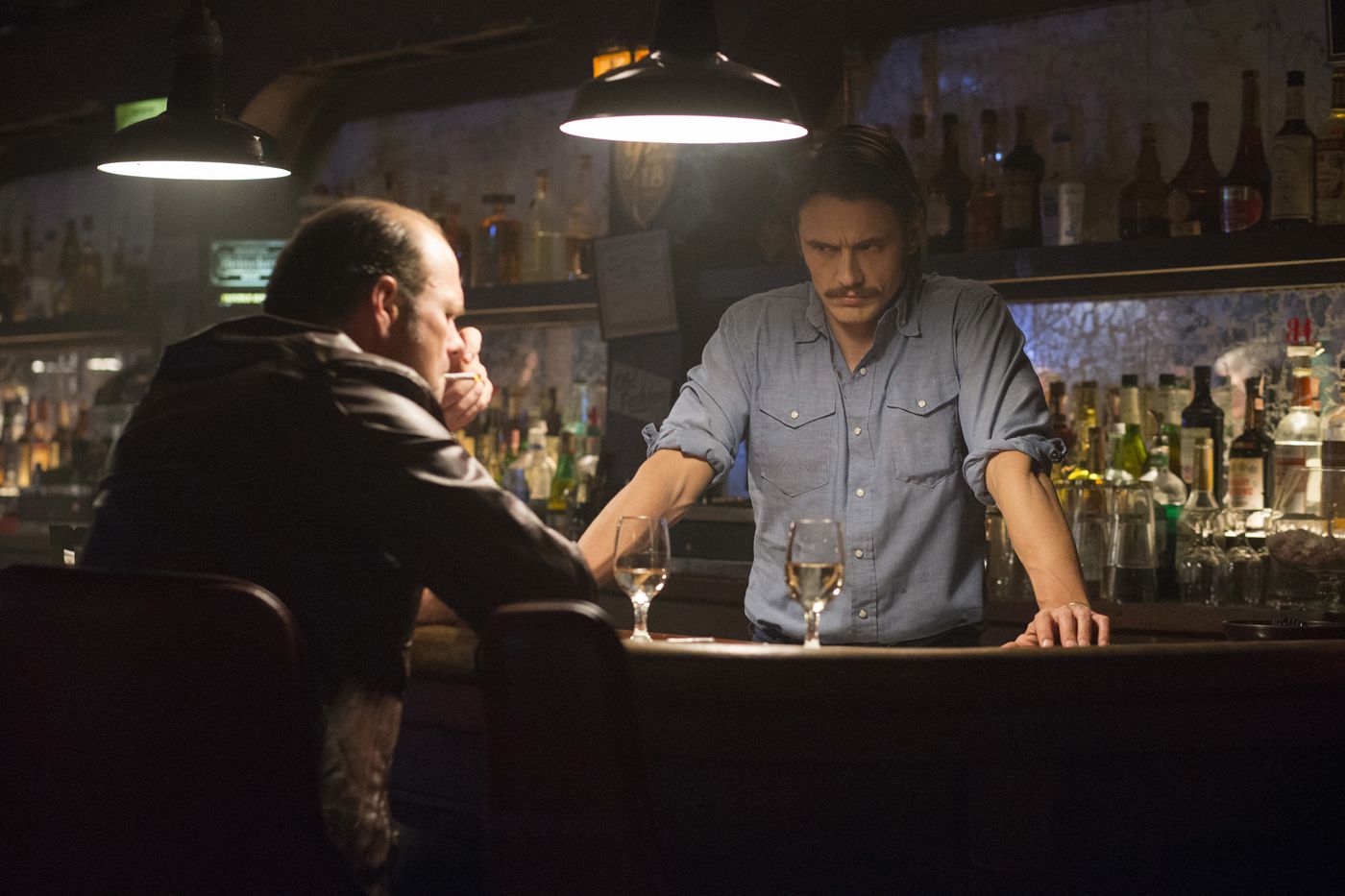 Even without considering its title, it becomes obvious that Ruby (Pernell Walker) will figure heavily in the season finale of The Deuce when we see her walk dejectedly through Times Square midway through “My Name Is Ruby.” Normally prone to holding court under the 42nd Street lights, she’s avoided by pedestrians as though she were a piece of debris. Her thoughtless murder late in the episode is heartbreaking precisely because after weeks of her amicable presence, it’s a shock to see her treated as a disposable thing.

Ruby’s death recalls the murder of Michael K. Williams’s Omar in The Wire, whose footnote treatment by the show’s journalists contrasted both his fan-favorite status and David Simon’s knack for pinpointing the humanity in America’s most tragically ignored segments. Concluding a season that invested us in the desires of The Deuce’s flawed humans, “My Name Is Ruby” reveals how few of these characters were able to transform their realities and how many enjoyed only the illusion of choice all along.

Alston (Lawrence Gilliard Jr.), another nominal authority figure in The Deuce, has his power dulled by a tug of war between Sandra (Natalie Paul), who needs him to go on the record about police corruption, and Captain McDonagh (Ed Moran), who aims to keep the N.Y.P.D.’s dirt in house. Alston’s altruism doesn’t protect him from exploitation in “My Name Is Ruby”; in fact, it makes him a target, as both Sandra and his commander appeal to Alston’s good nature as they attempt to influence him.

When asking Alston to go on record, Sandra frames the impact of her story as hanging in the balance: “You cut out everything that makes the city a part of it, and what’s left? A human interest story.” Her paper, The Amsterdam News, needs the kind of hard evidence of government corruption with which the The Deuce brims. And like Sandra, Simon supports his fatalistic view of institutional influence with a sympathetic portrayal of striving characters unaware of the larger forces that determine their fates.

Like most of the characters in The Deuce, C.C. must choose between comfortable acquiescence or principled abstention in the face of change—or have the choice made for him. Vincent (Franco) quits the parlor business in “My Name Is Ruby,” but he can’t back out of his mob association altogether and appears to finally realize that Rudy co-opted his ambition long before Vince understood the ramifications of his Faustian bargain.

The episode mines Vincent’s naïveté for humor when he asks Tommy Longo (Daniel Sauli), “I’m not like, a Made Guy or nothin’, am I?” Longo’s bemused response makes clear that the definitively un-made Vincent is still “with” Rudy’s crew, whether he has the stomach for the sex trade or not. And Vince, who took a moral stand early in the episode, decides to use his concrete mob association, asking Longo along to visit Eddie Buco (Michael Lombardi) after Buco hit Andrea (Zoe Kazan), Vincent’s ex-wife.

Larry (Gbenga Akinnagbe) clumsily attempts to begin drug dealing, a decision that ends with Barbara (Kayla Foster), his chosen mule, in federal prison—and foreshadows the next vice epidemic to strike New York. The episode reserves an even more pitiable outcome for C.C., who acts as though he can will the world to how it was simply through delusional anger. When he and Lori (Emily Meade) are denied entry from the Deep Throat premiere, C.C., previously excited, dismisses the movie as “another fuck film.”

C.C.’s rage at the premiere grows as he assesses the eager press, the glamourous decor, and the shameless consumers elevating the industry that’s leaving him behind. He seems equally perturbed by the star struck reception of Linda Lovelace (Heather Cole) at the premiere, which upends the hegemony that the show’s pimps desperately protected throughout The Deuce. With a woman assuming center stage, C.C. bears the pitiful look of a man clinging to relevance, imagining he still has a choice to make, when like most of the characters in The Deuce, his destiny was decided long ago.

Curb Your Enthusiasm Recap: Season 9, Episode 5, “Thank You for Your Service”