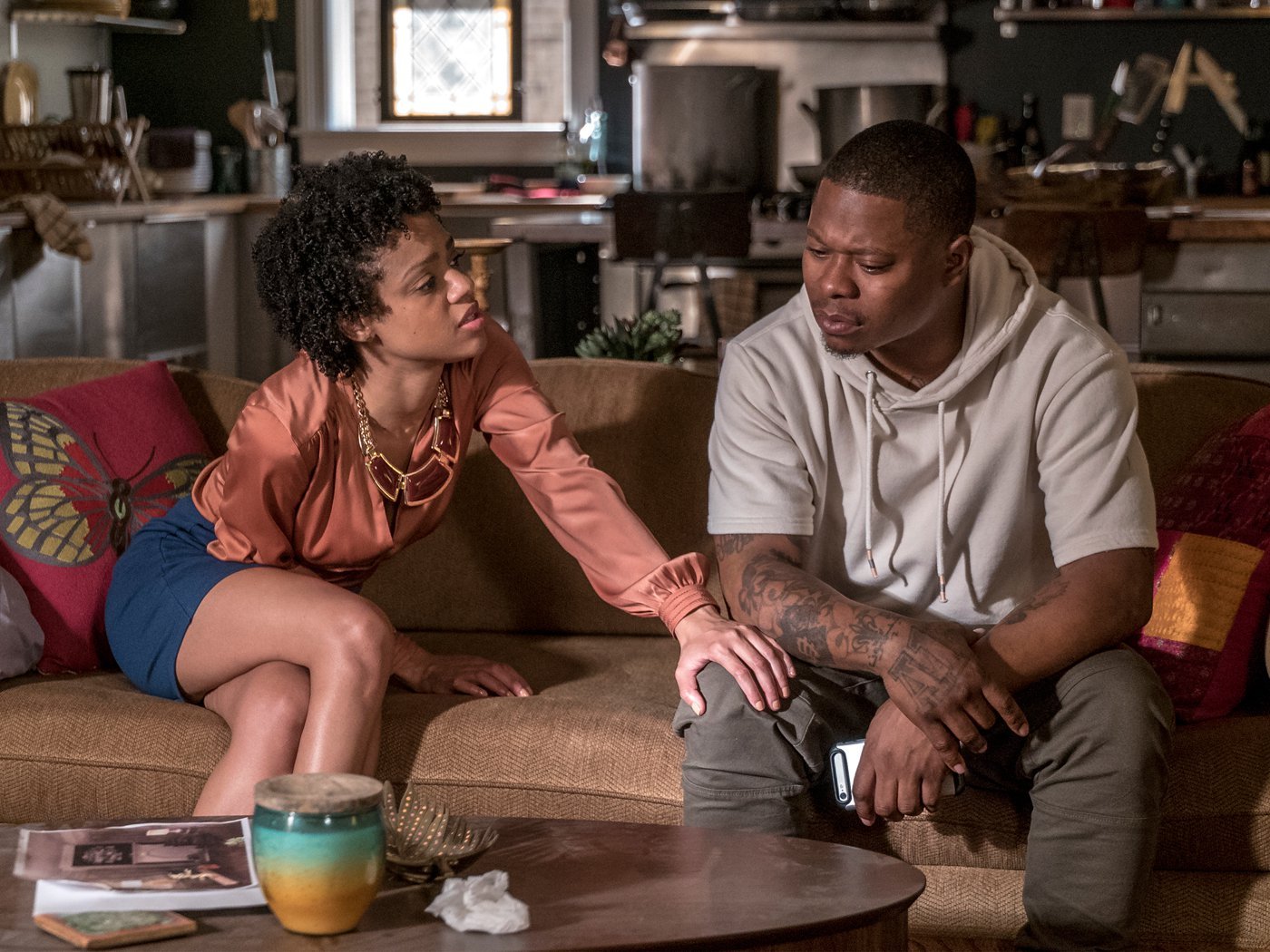 The first episode of The Chi opens with the joyous yelps of Chance the Rapper’s “All We Got.” The song serves as a mission statement, as the Showtime series aims to reclaim Chicago’s South Side from perceptions based solely on its crime rate. But while The Chi presents a bright, diverse cityscape, it struggles to reveal new insights into the lives that South Siders lead and ultimately falls into the trap it attempts to disarm, defining its characters through victimhood and its setting through violence.

The Chi consistently returns to the obvious argument that violence is cyclical, as it follows a sprawl of South Siders drawn into orbit by the murder of an unseen teenager named Jason. The fallout after Jason’s murder impacts disparate characters who don’t slip outside tidy labels: precocious middle schooler, striving line cook, single father, and so on. The Chi is interested primarily in the résumés of these people as it works to illustrate the city’s diversity; it’s less interested in why they behave the way they do.

Brandon (Jason Mitchell) is a line cook at a chic restaurant, a job that The Chi uses to frame his ambition. His passion for advancement is clear—he wants to be a chef and an owner—but his passion for his craft seems secondary. He might as well be a bank teller, salesman, or garbage man. Similarly, the series follows a sneaker-crazed fry cook, Emmet (Jacob Latimore), whose expensive hobby and flagging employment are illustrated only as obstacles for him to overcome as a single dad. (When he eventually considers selling drugs, the moment feels preordained.) Everything is externalized by these characters, who express desires with the same overtness and lack of context as students mechanically reciting their interests on the first day of class.

The Chi’s characters are meant to be neatly definable, but they’re rarely allowed to simply be. Viewers never get a sense of the inconsequential moments that comprise the majority of an existence and reveal the nature of a person beyond his or her most pressing problems and concerns. Brandon is entirely consumed by work and his fraught relationship with his difficult mother, Laverne (Sonja Sohn), and Emmet is always either dealing with his baby or risking the conception of a new one.

These convenient characterizations—from Brandon’s ambition to Laverne’s emotional damage—exist to service the show’s plethora of plot. After Jason is killed, numerous murders, romantic entanglements, and other life-altering events quickly ensue. The series determinedly tallies the vast impact of Jason’s death in tangible terms: lives lost, jobs squandered, tears shed. Yet while the distinct identity of each character is quickly subsumed into the South Side’s collective victimization, the societal factors that sustain that victimization—misguided public policies, targeted disenfranchisement, even the vagaries of human nature—are left unexplored. The Chi tells a tragic story of irony and misunderstanding rather than institutional failure.

The show’s pilot ends with Brandon’s younger brother, Coogie (Jahking Guillory), murdered in cold blood, after being mistaken for Jason’s killer. Kevin (Alex Hibbert), a neighborhood teenager, inadvertently witnesses the event and spends subsequent episodes ducking Coogie’s killer as he navigates the labors of middle school puppy love. All the while, dealers, gangsters, and crooked cops linger in the background of the show’s Shakespearean central tragedy. For a series called The Chi, there’s remarkably little here that lends a sense of specificity or a deeper view into the machinations of Chicago’s South Side—or even where in that expansive area the story is unfolding. There are offhanded references to the Obama Library, University of Chicago, and at least one famous Chicago restaurant, but these nods to landmarks inside Chicago’s city limits don’t express anything unique about life in its South Side.

Any sense of humanity in The Chi comes from the performances, which reveal more about the characters than the show’s writing. Mitchell’s movements seem unpolished but create a natural sensibility: the way he constantly reaches for his face in moments of stress or seems to overcompensate by swinging his arms when he walks in the street. He makes Brandon an estimable underdog, while Hibbert reflects Kevin’s surroundings in his performance by mixing a blustery charisma in the school-set scenes with meek deference at home, revealing the ways that the South Side forces Kevin to adopt numerous identities if only for survival in both arenas.

Doctor Who Recap: 2017 Christmas Special, “Twice Upon a Time”