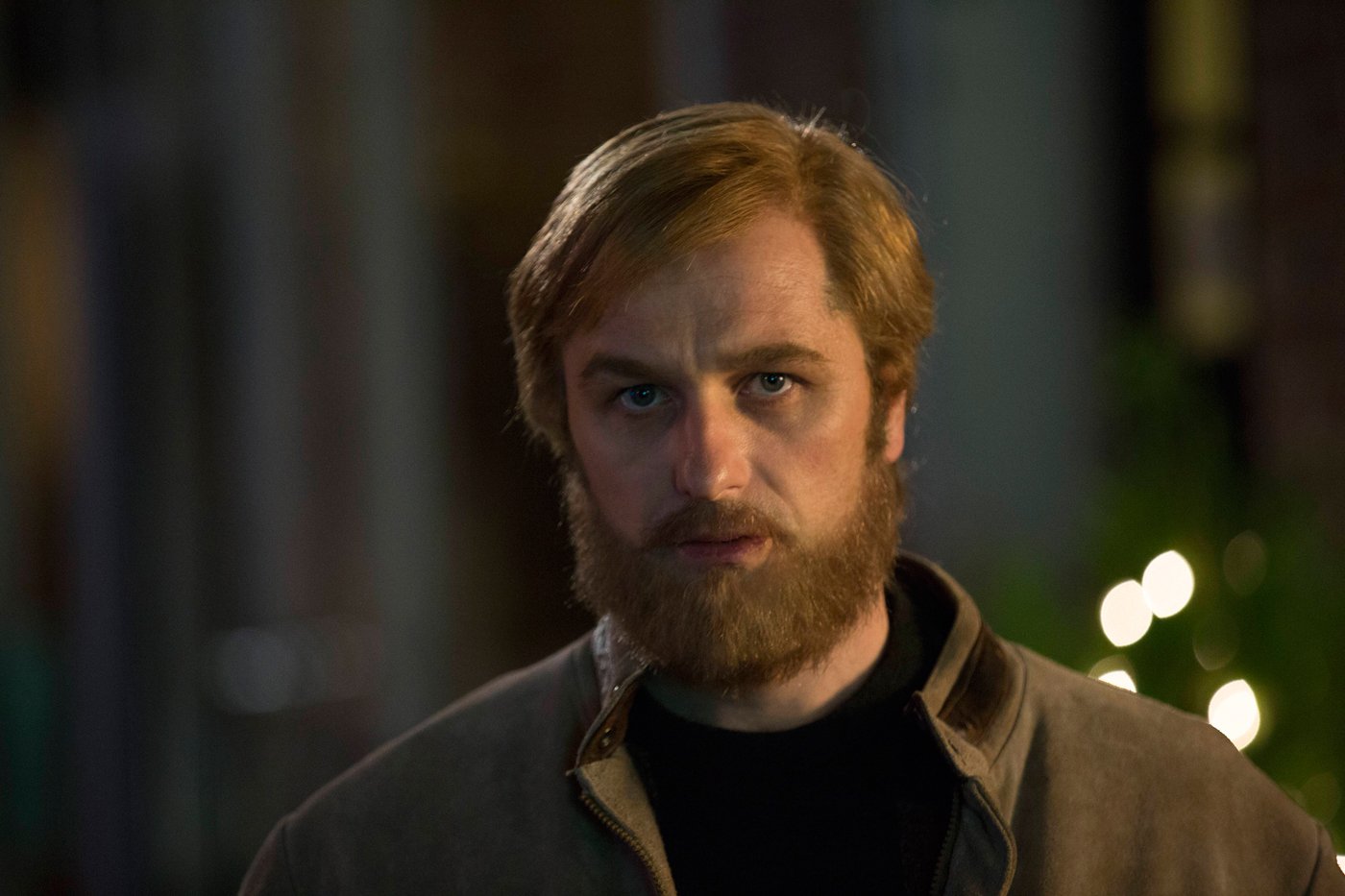 It’s morning again on The Americans, but day breaks over the show’s fourth season without the optimism of President Ronald Reagan’s famed reelection spot. For Philip Jennings (Matthew Rhys), in fact, the work resumes in darkness, as the memory of a monstrous act compels him to reveal yet another shred of truth to Martha (Alison Wright) in the wee small hours—and to confront, through her, the question of culpability. Wright, crying and clutching her chest, remains the unheralded cornerstone of the ensemble, and it’s her stricken reaction to the news of F.B.I. technology specialist Gene Craft’s untimely death that throws Philip’s guilt into sharpest relief. Martha understands, as Philip is now discovering for himself, that collaboration is its own crime. “What have you done?” she pleads. “What have I done?”

Picking up where “March 8, 1983” left off, “Glanders” pursues The Americans’s increasing fatalism into the deepest recesses of Philip’s psyche. Shifting from the wretched sound of a rock meeting flesh to an extreme close-up of Philip’s eyes, shut tight against the flood of gruesome images, the flashback that opens the episode is as violent as any of last season’s most brutal moments, but here writers Joel Fields and Joe Weisberg and director Thomas Schlamme further emphasize the indelible imprint such acts leave on their perpetrators. The match cut of young Philip, wiping away the blood spatter, to adult Philip, running his hand over his face, floats the idea that past is prologue, and “Glanders” returns to this notion again and again.

At EST, where Philip frames his anger as a form of strength, another montage depicts his childhood victimization by a pair of thieving bullies, and yet he’s clearly shaken by his disproportionate response; later, with Martha, he spells out his fear that the event determined the course of his life. “I wonder if this is why I act this way,” Philip confesses, and his various attempts in “Glanders” to grapple with the man he’s become reminded me of a believer worrying over his rosary beads. There’s a desire in Philip for absolution, or perhaps redemption, but the nature of the double life he’s leading makes the stain of his sins impossible to remove.

The near-religious complexion of Philip’s self-examination fits neatly into the episode’s other focus, as Paige (Holly Taylor) reckons with the fallout from her own confession. That she should show remorse for revealing her parents’ identities to Pastor Tim (Kelly AuCoin) almost immediately points once again to The Americans’s painstaking attention to the rhythms of adolescence. (One can imagine a subplot in which Paige admits to getting drunk or high playing out in much the same way.)

“Glanders” highlights Paige’s profound isolation with two crafty compositions—even further evidence, if any were needed, that The Americans is as full of formal coups as any of its more flashy brethren. In the first, the camera retreats from a classroom of students reciting the Pledge of Allegiance (“One nation, under God, indivisible”) to find Paige waiting in the hallway for the moment to pass; the second spies her through a gap in the sheer white curtains that hang across the threshold to Pastor Tim’s office, his figure obscured save for the hand that reaches into view to touch her shoulder. Both images suggest the beginnings of a separation: from her peers, from the country, from the church. “This is a place where you never have to hide the truth,” Pastor Tim avers, though Philip and Paige’s respective feelings of regret recall a much harsher biblical lesson. After all, the tree of the knowledge of good and evil is the source of humankind’s fall from grace. The truth may set you free, but it can also cast you out of Eden.

Set against the rich characterization and precise style that inform these developments, the rest of the episode is rather less striking. There’s still the problem of Nina (Annet Mahendru) to deal with, her Soviet-approved friendship with captive scientist Anton Baklanov (Michael Aronov) having stalled, and the mission involving the biological agent that causes glanders has yet to kick into high gear. (That said, Dylan Baker’s slyly funny turn as a Soviet mole, flickering with the same cruel camp that he brought to The Good Wife’s Colin Sweeney, bodes well for future episodes.) Even Elizabeth (Keri Russell) has surprisingly little to do, playing the foil to her increasingly high-strung husband while they try to outflank F.B.I. surveillance and tapping out of his climactic argument with Stan (Noah Emmerich).

Nevertheless, Elizabeth’s presence shadows Philip’s conversation with Stan’s ex-wife, Sandra (Susan Misner), which not only sets the episode’s conclusion in motion, but also contains an important insight into the issues of truth and falsehood that consumes so much of The Americans’s energies. “Being dishonest with [Elizabeth] is like being dishonest with yourself,” she advises Philip after his near-breakthrough at EST. “There’s a limit to how much progress you can make if you are not honest about what’s going on in your own life.” Though her interest in self-help often presents as an offshoot of her slightly flaky manner, Sandra is onto something here that neither Martha, urging Philip to open up, nor Pastor Tim, encouraging Paige to do the same, seem to understand.

The truth is only liberating, “Glanders” suggests, when it’s turned inward—on one’s self, on one’s relationships, on one’s commitment to country, or to God. In the world of The Americans, where ideologies demand all manner of moral, ethical, political, and personal compromises, only you can truly call yourself to account for what you’ve done, and the only absolution or redemption at hand is that which you grant yourself.