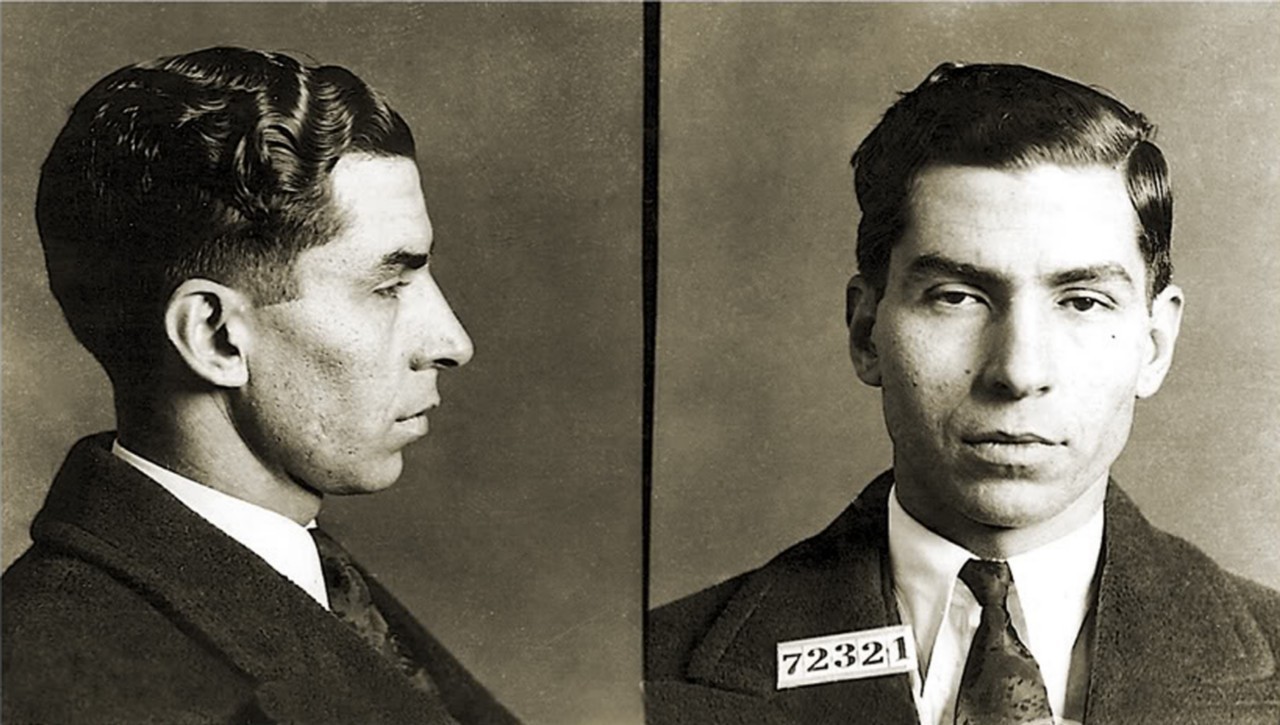 Fans of The Sopranos (and other fictional mob characters) often lack a true understanding of the mafia’s history. In the ninth century, Sicily was occupied simultaneously by Arab and Norman invaders. Native Sicilians, oppressed and virtual slaves, developed a secret society to unite the natives against the Arab and Norman invaders, the mafia (Arabic for refuge). The society’s original intentions were to create a sense of family based on ancestry and Sicilian heritage, but it became distorted over time. The Black Hand became the method by which a redistribution of wealth (wealthy to poor) was accomplished. Pictures of a black hand were distributed to the wealthy – an unspoken request for an amount of money in return for protection. If the money wasn’t paid, the recipients could expect violence—kidnappings (ransom), bombings, and murder. At this point, the evolution of the mafia from fraternal society to terrorist crime society became complete.

When the migration from the south of Italy began, the mafia naturally followed it to the Land of Opportunity. Once established, the mafia began inadvertently massaging its image from criminal to antihero during the Depression and Prohibition. Gangsters became legends, with the violent nature of their methods excused in a sort of Robin Hood-type mythos. Bank robbery and the smuggling and distribution of alcohol were seen by the American public as compensation for their own economic troubles. The mob’s image makeover allowed it to go on about its usual business with protective coloration—that of marginalized people grabbing a piece of the American dream while encouraging less bold people to identify with them.

This seemingly conflicted view of the mob (as both bad and good) shows up in The Sopranos’ fan base. The show’s appeal to a wide cross-section of viewers rests on an entertainment industry version of a real gangster’s adapatation: it’s a mob show that has repositioned itself as something grander, thus enabling viewers to live vicariously through criminals while telling themselves they’re doing nothing of the sort. The show’s protagonist, Tony Soprano (James Gandolfini), is the classic mob Boss, but the difference between Tony and other classic mobsters in the eyes of fans is that he is “human.” He is in a state of disharmony between his mob responsibilities and his need to improve himself. He has “issues” and sees a shrink. His wife wants security, his sister is his mother’s doppelganger, and he hates his mother. This somehow makes The Sopranos, in theory a family story, acceptable to its audience.

The problem isn’t that The Soprano’s isn’t well-written and executed, but that the amoral psychology of the characters is widely accepted and enjoyed without any concern for the base level depravity the characters rely on. The argument that The Sopranos is fiction and thus acceptable is not logical. Critics and fans hide behind phrases that insist that they can somehow place themselves beyond the actual nature of the show: “richly constructed,” “thoroughly textured,” “nuanced”, along with series creator David Chase’s “complex understanding of human dynamics” – all these justify a need to watch stealing, torturing, killing, exploitation of sex, exhibitionism, murder, sadism, cynicism, and intra/inter personal hypocrisy (voyeuristic intellectualism at it’s worst).

Chase played a brilliant game of dualism in creating The Sopranos to attract the widest possible audience to his skewed view of social dynamics. There had to be a hook, but Chase took it one step further—he created two hooks to attract men and women. For the men he established The mob as a character feature—guns, boobs and blood. Additionally, men can easily identify with family trouble, the morning drive to work, the problematic boss, the back stabbing co-worker and all the issues of daily life. While these are demonstrations of identifiable everyday concerns, Chase cleverly added a Walter Mitty style twist: men would enjoy beating the hell out of annoying co-workers, bosses and the guy who cut you off on the morning drive because all those idiots deserve it. The Sopranos lets its viewers live as gangsters by proxy.

For the women, Chase offered angst and intrapersonal conflict. Tony Soprano is the ultimate female dream male—a strong, loyal family man; a loving husband who is flawed in ways only women can parse. They identify with Carmela’s devotion to Tony and her family. They understand Carmela’s awareness of Tony’s amorality while remaining devoted to him. Carmela sees the good man within, and she’s turned on by the bad man while at the same time understanding her need to keep all the good things in life. At the same time, female viewers also get involved in the violence because it’s outside their normal sphere of social intercourse; they too wish to smack antagonists around once in a while.

These two fantasies are the elements of The Sopranos’ story, but they also demonstrate Chase’s ability to hide ugliness behind a wall of nuance. At its core, the show’s central gimmick, the Don in therapy, doesn’t ring true. Mob bosses cannot be troubled souls. They have to have a strong sense of purpose if only to survive in a violent world. Their morality is that of strength—might is right; violence and all that it brings is only the way they deal with conflict. Chase must have been aware that a pure mob show wouldn’t be attractive except to a limited number of antisocial cretins. Thus the elaborate Soprano storyline, embodied in Tony’s character, that embraces the dichotomy of bad/good—not all that bad and not all that good; subtlety and nuance as disguise for ritual violence and depravity.

The reaction to the first part of season six only measures the depth of viewers’ desire to live vicariously through the life of Tony Soprano. In the eyes of most critics and fans, the move from violence into the land of psychological mystery was hugely disappointing. The cry of “less yakkin’ more whackin’” echoed across message boards as fans reacted to more nuance than they were accustomed to. The thin veneer of intellectual detachment from (and rationalization of) the show’s blood and gore was stripped away, revealing the true nature of The Sopranos and its fans. The camouflage protecting viewers from their true viewing motivation is gone.

Social critics often wonder about the increasing public indifference to crime, lechery and the debasement of everyday morality in all aspects of American life, advancing theories, conducting studies and generally dancing all around the problem. They should study fans of The Sopranos.

5 for the Day: Sopranos Music

Wizard of the Unexplained: The Dresden Files