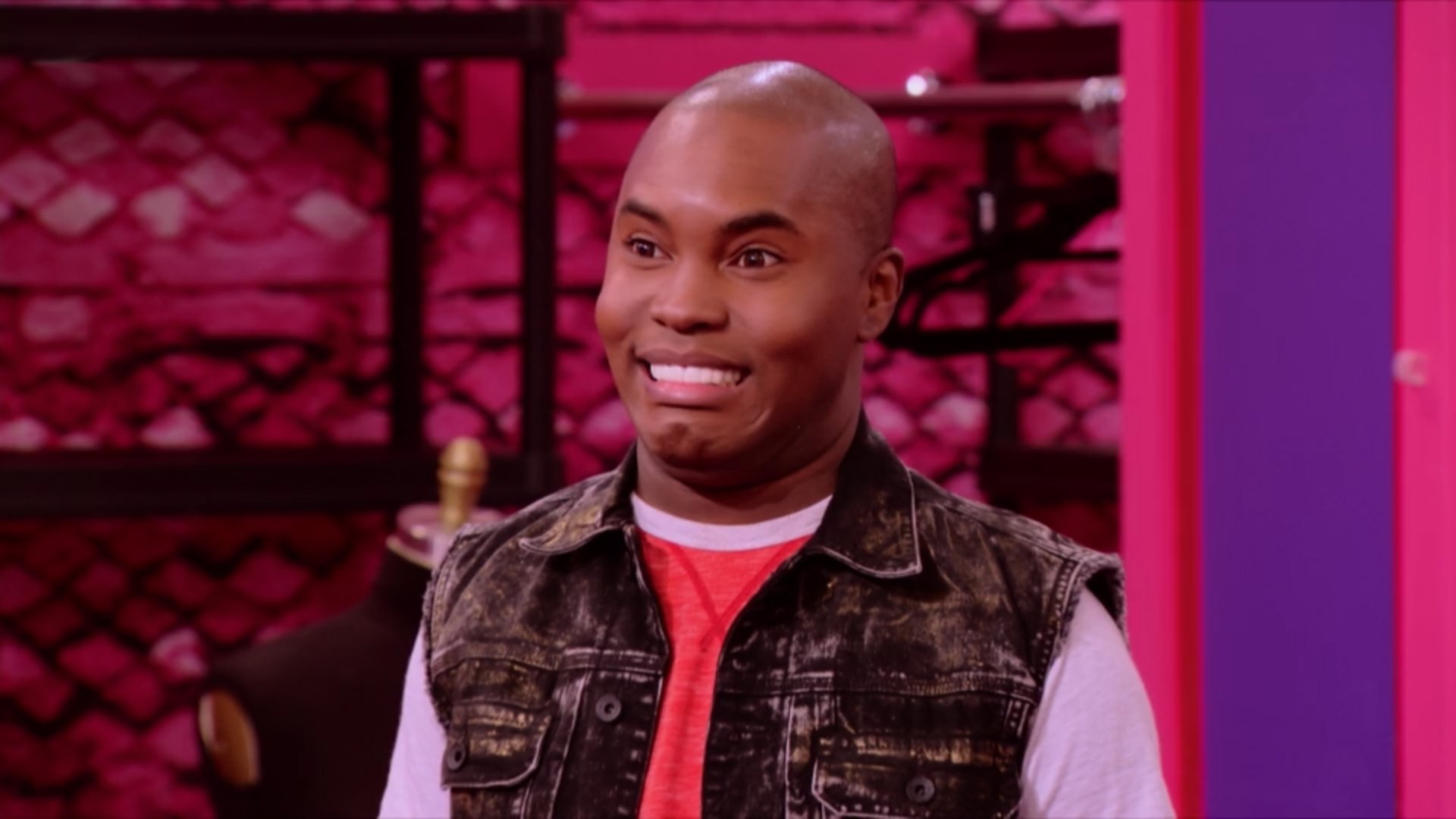 Last week, I came as close as I could to saying Kameron Michaels is the villain of this season of RuPaul’s Drag Race, whether she likes it or not. Now, after watching the final challenge episode before RuPaul crowns the winner of the show’s 10th season, I’m convinced she’s not a villain at all, but is instead the embodiment of the show’s new VH1-era manifestation. And that’s what’s at the root of the abuse she’s currently suffering on social media. Once again, the subject of the show’s toxic fanbase has come to a head, with the elimination of fan-sorta-favorite Miz Cracker in the face of Kameron’s lip-sync. Kameron was forced to turn comments off on her Instagram following the airing of last week’s episode. Here I submit the wild theory that it’s not Kameron that the fans are frustrated with, but the show itself.

Throughout this recapping journey, the main question I’ve asked myself—well, at least since the departure of The Vixen—is whether or not this is the weakest Drag Race season to date. And at this point, the answer is yes. True, season eight felt like a major step back in production values, and its truncated number of episodes translated into a much shallower bench of talent. But Bob the Drag Queen represents one of the show’s strongest, most decisive victor Victorias. Season 10 offered a full slate of predominately above-average queens, but none of the larger-than-life rock stars who, through force of personality, tend to shape a season’s narrative around themselves. (Again, The Vixen was the controversial exception, as next week’s reunion episode will certainly remind us of.) Packing a workroom full of solid players who won’t step in anyone else’s spotlight is a surefire way to win a World Series but only has the opposite effect on the World Series of drag.

Especially when the powers that be add an extra 30 minutes to each game. Latrice Royale had less ridiculous padding than most of season 10’s episodes, but at least when The Vixen was in the mix, she found ways to jump into the longueurs, so no matter how fucked up the pacing was, at least there was plenty of Margo Channing-esque fire and music to keep audiences distracted.

This season’s last few episodes have offered only grayscale variations on the theme of everyone looking at Kameron and waiting for her to say something, anything. Kameron may just be a reserved performer who booked herself for the wrong type of gig, or she may in fact be a dull thirst trap who’s being keeping around for manufactured drama and gratuitous cutaway shots of her biceps. But she’s also a scapegoat for the rest of the queens who also, to swipe Asia O’Hara’s unkind quip about Cracker last week, aren’t presenting the sort of star quality that Drag Race needs to succeed.

If Eureka is on the fast track to win this thing, and according to Slant’s judges’ panel, she clearly is, she can thank the vacuum at the top and the audience’s fond associations of her participation in season nine of the show. The “overdue for a big girl to win” line of argument that’s percolating only stresses what an injustice it was that neither Latrice nor Ginger Minj snatched the tiara. Eureka has simply had more time to tailor her performance to her strengths this time around. That includes supplying the gratuitous drama.

But let’s move on to the final challenge. It is, in fact, so exactingly similar to what happened last season at this time that I’m obliged to simply cut and paste what I wrote in my recap then:

Ru…tasks the queens to each write a rap verse for the remix of her track “Category Is…” (Which, by the way, category is “not in my iTunes library.” They then need to record it, learn a choreographed production number to it, and lip-sync their portion. And that’s just the main challenge. On top of that, they have to sit in on an episode of RuPaul and Michelle’s podcast “What’s the Tee?,” come up with a separate runway look embodying their best aesthetic, take a look at a childhood photo of themselves they submitted ahead of time and then summon a spontaneous emotional catharsis, and try not to simply Miss America their way through a persuasive speech about why they deserve to be “America’s Next Drag Superstar,” a title upon which, until only recently, there really was no playbook to speculate. And they have to do it in heels, if not backward.

Swap the song they’re spitting verse atop for Ru’s election-year anthem “American” and you’ve basically got the entire contents of this week’s episode down, with only one notable moment of backstage drama to speak of. As the girls are getting ready for their final runway challenge, Kameron makes it a point to drag her makeup station away from the far end of the room where she’s camped out the whole season and set up shop at the vanity mirrors with the rest of the girls. The heat of the lights gets to her, though, and she’s forced to slink back away after a few minutes, which sums up Kameron’s entire Drag Race run in a nutshell.

Last season I accused the show of “(bloviating) on the merits of its finalists.” It felt like the judges were telling the final four something good, but this season it feels like the judges are saying that to themselves. They’re not the only ones. While sharing their final moments prepping in the workroom, and discussing who they think deserves to win the title of “America’s Next Drag Superstar,” Asia speaks for the whole room when she muses, “You know who above all really should be the winner of this contest? Vanjie!” When, last season, RuPaul decided to bring all four finalists to the grand finale, it felt like a reflection of the tightness of the competition between four incredibly well-matched queens and Ru’s genuine inability to choose between them. This season, with the editing and critiques bending over backward to create the impression that these four are in the same territory, it’s even less of a surprise to see Ru pull the same trick. Only this time around, it feels like a setup. Bring on Miss Vanjie!