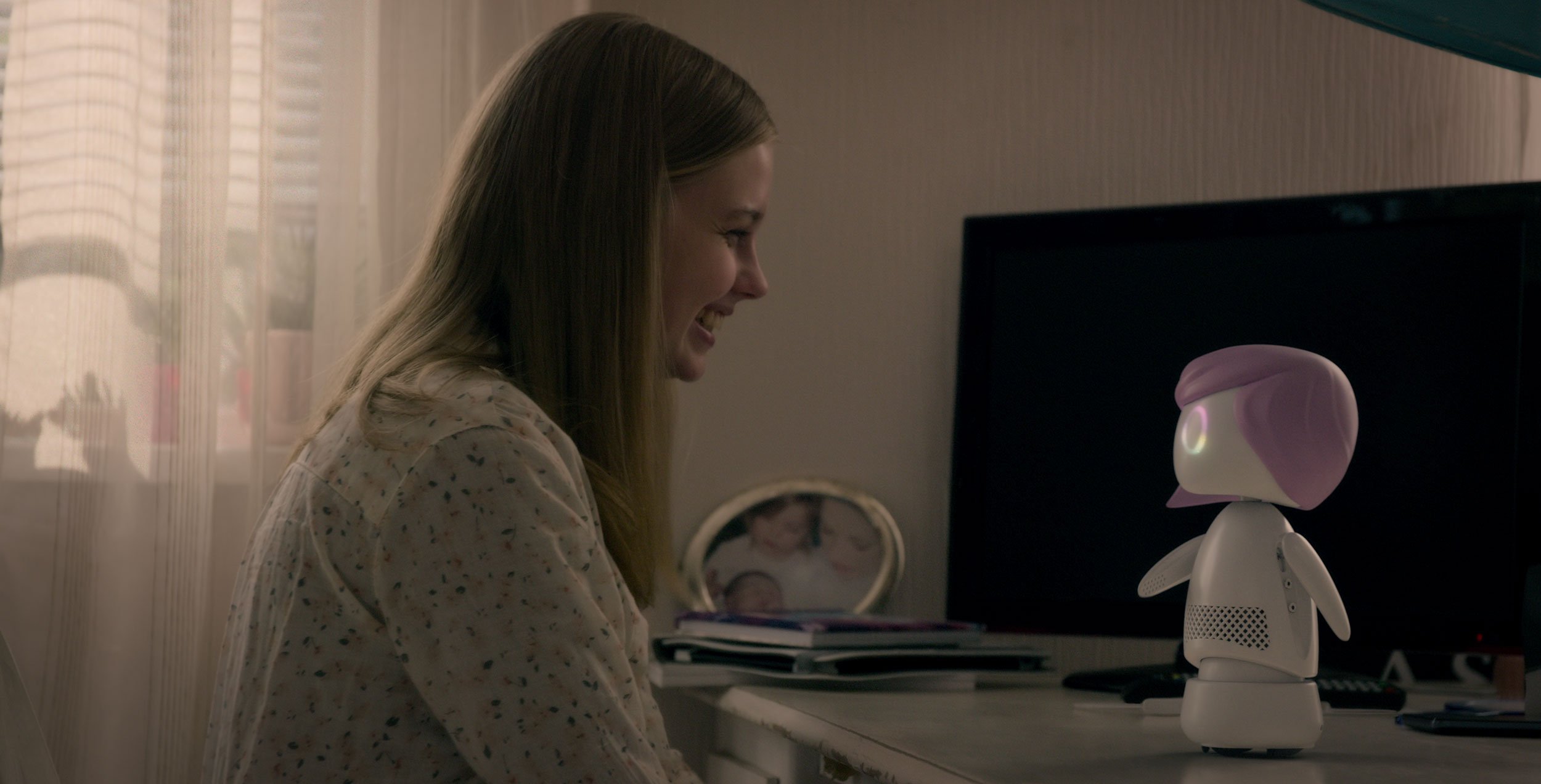 Season five of Black Mirror offers three new episodes that envision a predictably worrisome slate of side effects to humanity’s technological reach outpacing its intellectual grasp. But in offering dystopian visions that hew closer to reality than they have in past seasons, these episodes exceed the show’s promise of nightmarish hypotheticals. While the series has on occasion veered toward alienating, high-concept bleakness—as in season three’s “Playtest” and season two’s “White Bear”—season five maintains an empathetic focus on the characters struggling to navigate grim new worlds.

Series creator and writer Charlie Brooker employs a variety of familiar storytelling models to construct the season’s overarching theme, which generally concerns the unforeseen fallout of our shifting media diets. In the melancholic “Striking Vipers,” a marriage is endangered by the husband’s new obsession with a virtual reality game. Brooker moves his focus to social media in “Smithereens,” a claustrophobic hostage thriller, and to the music industry in the darkly comic caper “Rachel, Jack and Ashley Too.” Each episode envisions upheavals in a different social construct, from traditional masculinity to celebrity culture, but Brooker’s consistent focus on media as the trigger for transformation lends the stories a foreboding thread.

The show’s directors match Brooker’s ingenuity, tailoring an immersive style for each episode. In “Striking Vipers,” Owen Harris fixates on the alienation felt by Danny (Anthony Mackie), a man experiencing a crisis of conscience, by framing the character in wide shots set against drab backdrops and cityscapes; it’s a pointed contrast to the colorful environments and dynamic camera movements Harris employs when Danny is gaming. In “Smithereens,” which follows a distraught rideshare driver (Andrew Scott) who takes a customer hostage (Damson Idris), director James Hawes presents the driver either in tight close-up or from the far-away perspective of police and gawking onlookers, highlighting the gulf between how the world perceives the man—as a terrible curiosity—and his own intense sense of victimization.

The relationship between perspective and perception is similarly central in “Rachel, Jack and Ashley Too,” the episode with the most complicated premise of the season. Miley Cyrus stars as Ashley, a singer who wants to transition from glittery pop to more challenging material, much to the horror of her exploitative handlers. As the episode evolves into a scathing indictment of the celebrity industry (and offers a startling vision of artificial intelligence), “Rachel, Jack and Ashley Too” fosters our genuine concern for Ashley’s mental state—in part as a result of the savvy casting of Cyrus, a transformative pop star herself, but also, and more crucially, because the episode reveals much of what happens to Ashley from the relatable perspective of Rachel (Angourie Rice), a lonely and adoring teenage fan.

While none of these episodes are as nihilistic as the show’s grimmest installments to date, they remain imbued with snarky, topical satire and dogged cynicism. “Smithereens” portrays a social media network that, with its scrolling newsfeed and reliance on hashtags, is unsubtly modeled after Twitter. Even less subtle is the character of the platform’s man-bunned creator, Billy Bauer (Topher Grace), who’s clearly a sketch of Twitter co-founder Jack Dorsey. Brooker doesn’t veil his view of the real-life tech mogul: When Bauer’s service ignites (and acts as a livestream of) an international hostage situation, he’s pictured peacefully meditating in Utah, both figuratively and literally above the fray he helped create. When eventually called for help, the communications magnate is powerless, no longer able to grasp the magnitude of his creation, and reduced to speaking in platitudes.

By targeting forces (and people) who already exist in reality, Brooker couples the show’s broad anxieties with a tinge of righteous anger. Coupled with the season’s character-driven focus, the specificity of the show’s grievances represents a welcome evolution. With stories that recall the most human elements of Black Mirror’s past episodes, while levying urgent indictments of the present, the series that’s always worked to imagine a dark future seems to be wondering if we haven’t already crossed into the dystopian abyss.

Review: Pose Season Two Looks to the Future with Its Head Held High

Review: Season Five of Luther Is Undermined by a Sense of Inevitability