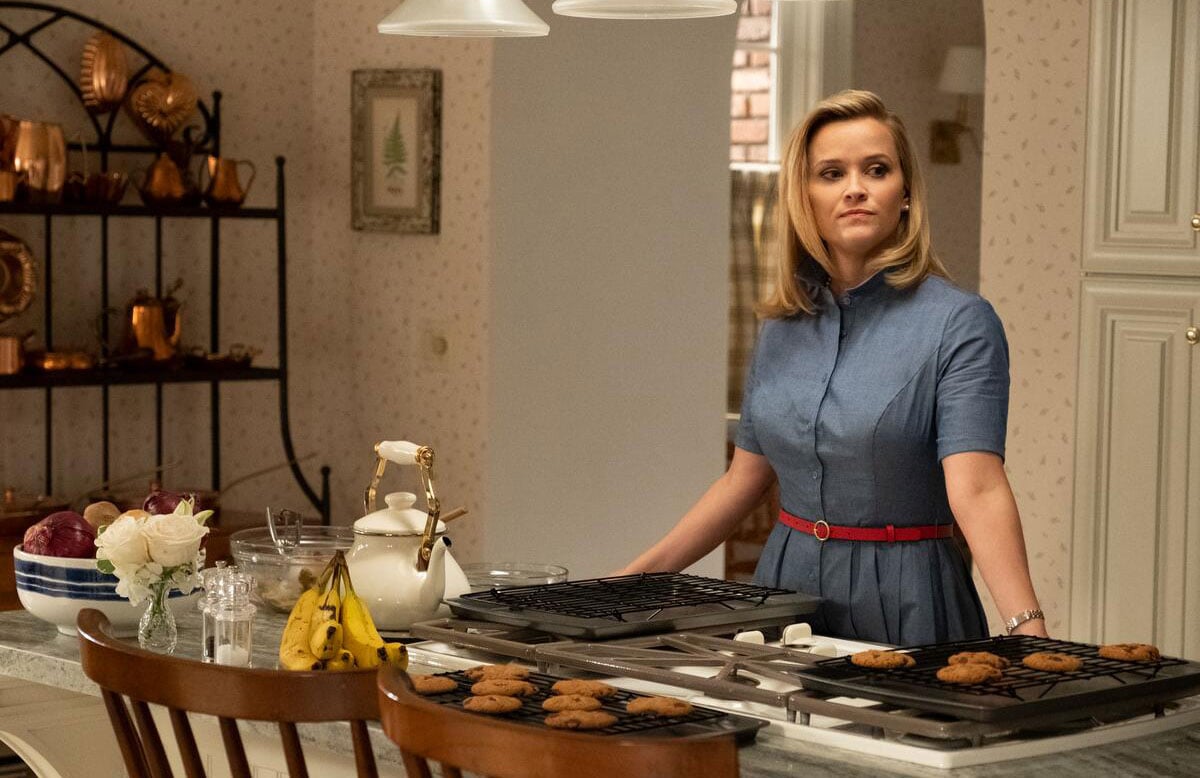 The Shaker Heights of Little Fires Everywhere is the sort of suburban hamlet that requires homes to keep their grass below six inches. Its duplexes are even designed to disguise themselves as single-family homes, as upstairs and downstairs entrances are quietly consolidated behind a single outward door in order to, as Elena Richardson (Reese Witherspoon) explains to artist Mia Warren (Kerry Washington), “avoid any stigma of renting.” But Elena’s own unacknowledged prejudices—against people of color and the lower “class”—are matched only by her white guilt. She recognizes Mia’s dirty hatchback as the one she reported to authorities earlier that day after noticing someone who appeared to be sleeping in it. So Elena rents one side of her duplex to Mia, and from there, everything changes.

The biggest change, of course, is the mysterious fire that consumes the separate, much-larger Richardson residence in the flash-forward scene that opens the first episode. But much of the Hulu series, based on Celeste Ng’s novel of the same name, covers the various smaller changes in the leadup to the fire. For example, Mia’s daughter, Pearl (Lexi Underwood), falls in with the Richardson kids, enchanted by their comparative lux lifestyle. Until settling in Shaker Heights, Mia and Pearl lived a transient lifestyle, with Mia taking odd jobs like waitressing to supplement sales of her art. Pearl has never, until now, even had a room of her own.

Mia is thus confronted with the byproduct of her hectic lifestyle, where Pearl has been left lonely and quite susceptible to the Richardsons’ glamorous upper-class privilege. She grows wary of the family that so enraptures her daughter, though she also takes a shine to Elena’s youngest child, Izzy, (Megan Stott), a rebellious and artsy kindred spirit. The tensions between these characters—along lines of class, race, and wherever they intersect—simmer and eventually boil over, landing the families on opposing sides of a legal battle that only tangentially concerns them. Bebe (Huang Lu), Mia’s co-worker and an illegal Chinese immigrant, fights for custody of the daughter she once abandoned with a white family, the McCulloughs, who are friends of the Richardsons and eager to adopt.

The show’s strength lies in the rich context that surrounds these occasionally melodramatic conflicts, rendering Mia in particular with vivid detail. In its best moments, Little Fires Everywhere resists drawing clear lines between who’s right and who’s wrong: Mia’s reservations about the Richardsons are totally justifiable, though her reactions sometimes feel overprotective, like when she takes a job in the Richardson house primarily to keep an eye on Pearl. She can be cold and even cruel, but she’s also given to a quiet kindness toward Izzy and Bebe due to a sense of solidarity. Far from some angelic portrait of the lower class, Mia is a fascinating, complex character, and Washington modulates her stoicism with no small amount of disdain, anger, and apprehension.

The series, however, too often paints with a broad brush, particularly where the Richardsons are concerned. Fleeting anecdotes tossed off in the novel by an omniscient narrator to shade in the characters’ backstories feel goofy and extraneous when depicted here via full-fledged, fleshed-out scenes, like when Izzy refuses to play a concert and writes “NOT YOUR PUPPET” on her forehead. Elena’s tidiness is meant to signify her upper-class privilege; she has more than enough means to micromanage every facet of her life. When she does things like strictly schedule sex with her husband (Joshua Jackson), though, the series ventures into caricature.

For however much Elena’s own habits are clearly tinged with privilege and solipsism, she provides refuge for Pearl and the McCulloughs in a way that doesn’t seem entirely self-serving. Yet some of those nuances dissipate as the custody battle consumes the series. Though Bebe and the McCulloughs initially feel like pawns in the larger Warren/Richardson feud, the conflict eventually flattens into a more rigid portrait of right and wrong as the script reveals Elena and Mia’s backstories and motivations. Little Fires Everywhere never quite resists the occasional hokey flourish either, from sappy dream sequences visualizing Mia’s fears to the various on-the-nose cover songs that conclude each episode. The series never loses sight of its fraught interplay of race and class, but the initial intensity with which it explores those subjects dims as melodramatic coincidences and speeches accumulate.

Review: HBO’s The Plot Against America Offers a Flattened Take of a Prescient Novel

Review: Breeders Finds Catharsis Amid the Agony of Parenthood