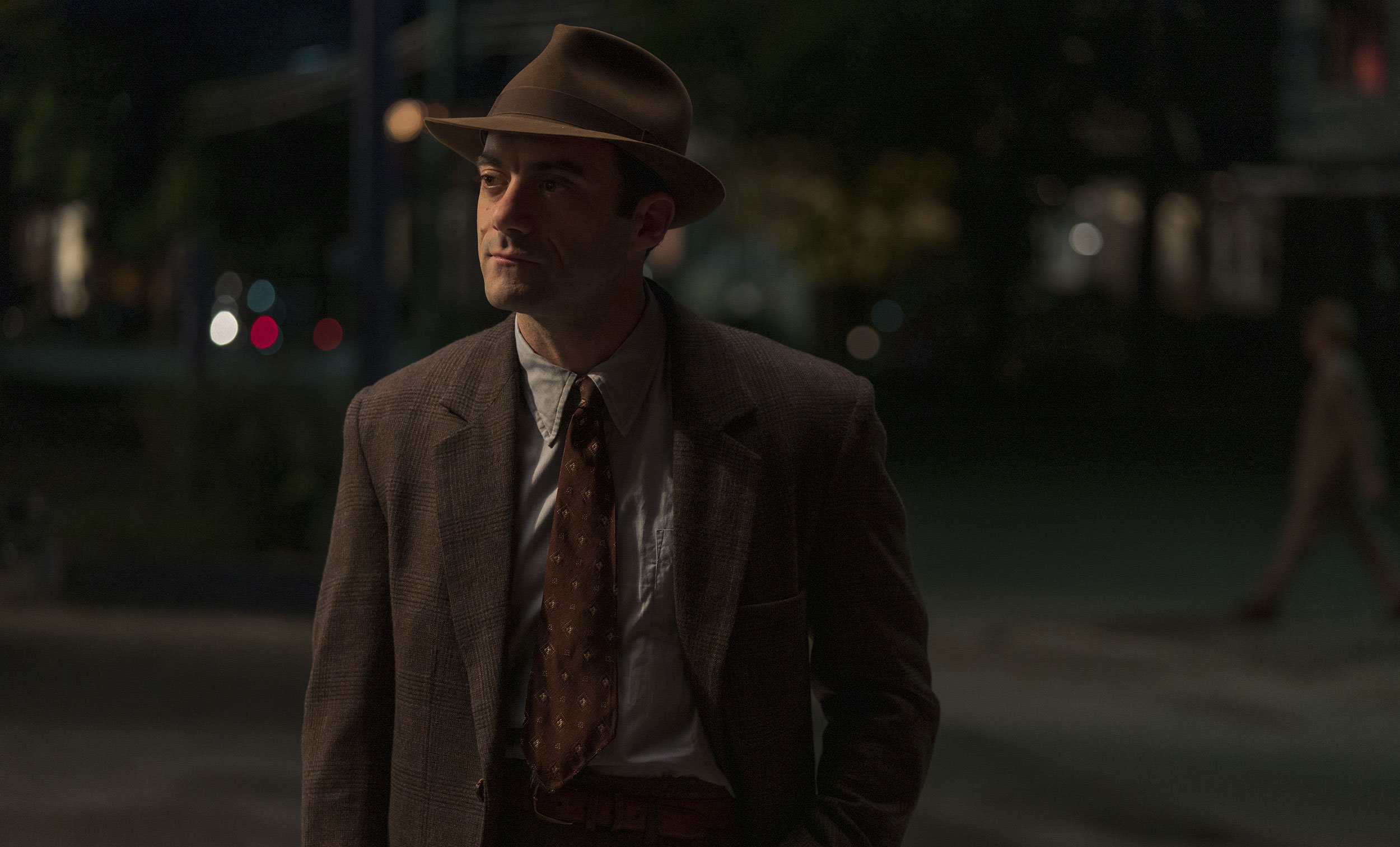 Philip Roth’s 2004 novel The Plot Against America imagines a world in which aviation hero and Nazi sympathizer Charles Lindbergh beats Franklin D. Roosevelt to become president of the United States in 1940. In the author’s terrifying alternate history, Lindbergh forges an “understanding” with Adolf Hitler in Iceland, and the Axis powers gradually take over the world while America celebrates its isolationism and economic robustness. And Roth adds to this high concept a meta-textual wrinkle: The narrator of the book is himself as a young boy, and the protagonists are the Roth family, whose names correspond with the author’s real relatives. The book, then, is an imagining not only of a global atrocity, but of the atrocity’s effect on the psychology of a Jewish family in Newark, New Jersey that increasingly feels the threats of a country turning to fascism. The use of real names suggests that Roth is wrestling personally with the lingering emotional effects of his country’s not-so-hidden possibility for evil, memorably calling these emotions a “perpetual fear.”

The Plot Against America scans differently in 2020 than in 2004, now that Americans are familiar with the consequences of electing a famous person with fascist, purposefully divisive tendencies to the presidency. Roth’s prose, especially pertaining to how quickly an electorate rationalizes once-forbidden behavior, now feels eerily prescient—until one considers that rulers with fascistic tendencies often follow the same playbook. In HBO’s six-episode adaptation of Roth’s novel, showrunners David Simon and Ed Burns have occasional, wicked fun rhyming Lindbergh’s America with Trump’s. The characters here talk of what is “presidential,” and someone remarks of how the press repeatedly promotes Lindbergh’s signature publicity stunt, and no matter how many times he does it—a pointed reference to the gargantuan amount of free press that Trump continues to enjoy. The series’s ending also delivers a sick punch, referencing contemporary voter fraud and gerrymandering while denying the viewer the reassuring closure that Roth offered his readers.

In many fashions, however, Simon and Burns vastly simplify Roth’s vision. There’s a sense of casualness in the novel, a casualness that Simon and Burns conjured in The Wire, that’s missing from this production. Much of the book, written in a kind of oratorical style that’s characteristic of Roth’s work, is devoted to the quotidian of American life, especially from the perspective of American Jews. There are ritualistic celebrations of every element of day-to-day routine, from the buying of food, to the performance of chores, to the nightly listening to the radio, to strange sexual urges, to the tensions that arise when some family members are more successful than others. Above all, Roth celebrates America even as it succumbs to insanity, dramatizing the allure of actualization and improvement, bolstered by the sensuality of pop culture, which continues to be the nucleus of the American ideal. Such rituals often occur in the background of the limited series, but Simon and Burns are more concerned with narrative, and as a result they iron out many of Roth’s fascinating ambiguities and details. Roth created characters of many contradictions and particulars as well as a society of many procedural contours, while Simon and Burns move markers through a great tangle of plot developments.

This is no longer a story of the Roth family, as Simon and Burns have given them the surname Levins, and Lindbergh’s ascension is no longer framed as a haunted reminiscence. Philip (Azhy Robertson), the novel’s central consciousness, is now a cutely wide-eyed boy who observes much but says little. His father, Herman (Morgan Spector), is furious with Lindbergh’s rise, though the man’s fury is also linked to his struggles as a low-paid insurance man living in the shadow of his mercenary brother, Monty (David Krumholtz). Simon and Burns dial down Herman’s anger, positioning the father in hero poses, and his rivalry with Monty is referenced but minimized. Philip’s mother, Bess (Zoe Kazan), a source of great, powerful reverence for Roth in the book, is imbued by Kazan with masterful vulnerability, though the character’s great scene—a phone call that potentially saves a boy’s life—is intercut with other moments for the sake of an efficiently momentous climax. Philip’s cousin, Alvin (Anthony Boyle), a scoundrel turned patriot turned scoundrel again, is also sentimentalized into a more or less conventional hero, while the flirtation of Philip’s brother, Sandy (Caleb Malis), with Lindbergh worship—that is, a desire to live as a gentile or a “normal American”—is also reduced.

Two other pivotal characters are also flattened, further sanitizing Roth’s fury. The true villain of the novel isn’t Lindbergh, but Rabbi Lionel Bengelsdorf (John Turturro), a Jewish intellectual who allows himself to be used by the Lindbergh administration so as to “kosher” the president, giving Christians permission to vote for the candidate and indulge their anti-Semitism. Roth’s portrait of Bengelsdorf verges on a Dickensian caricature of opportunism, though in the series he appears to authentically believe in Lindbergh. This alteration renders him a poignant yet vaguely defined fool, as Simon and Burns have largely elided the character’s frustration and near-contempt for lower-class Jews—a thorny and resonant conceit that Roth acutely dramatized. Meanwhile, Bengelsdorf’s wife and Bess’s sister, Evelyn (Winona Ryder), is sapped of the ugly shrewdness that she possessed on the page. (A brilliant scene in the novel, in which Philip feels stirrings of sexual desire as he hugs his aunt, while simultaneously understanding her to be a traitor, has been unforgivably jettisoned.)

The novel serves to explain why HBO’s The Plot Against America feels so ordinary, so of a piece with other politically engaged prestige television. Collectively, Simon and Burns’s alternations serve to contort the narrative into a story of good guys against bad guys, flattering our distanced 21st-century perspective and comfortably preaching to Americans who’re fed up with Trump’s cruelty and incompetency. Roth uncomfortably understands that for people who aren’t white male Christians, there can exist an either/or divide between “American” and whatever portion of their identity that’s easily vilified by the Lindberghs and Trumps of the world. The quest in Roth’s novel becomes a desire to unify Jewish with American, which leads to much internal turmoil in the community. By contrast, the series is more concerned with the quest to stop Lindbergh. The neurotic, hallucinatory, surreal power of Roth’s prose vanishes, and is replaced by forgettable televisual stylistics (that distinctly gauzy, over-produced period HBO atmosphere) and quite a bit of speechifying. Though Simon and Burns at least understand that the sleeper-cell hatred that Lindbergh unleashes is intensely real, and has been unlocked by another enterprising charlatan.

Devs Review: An Exposition-Heavy Rumination on the Nature of Humanity

Review: Little Fires Everywhere’s Study of Race and Class Is Doused in Melodrama