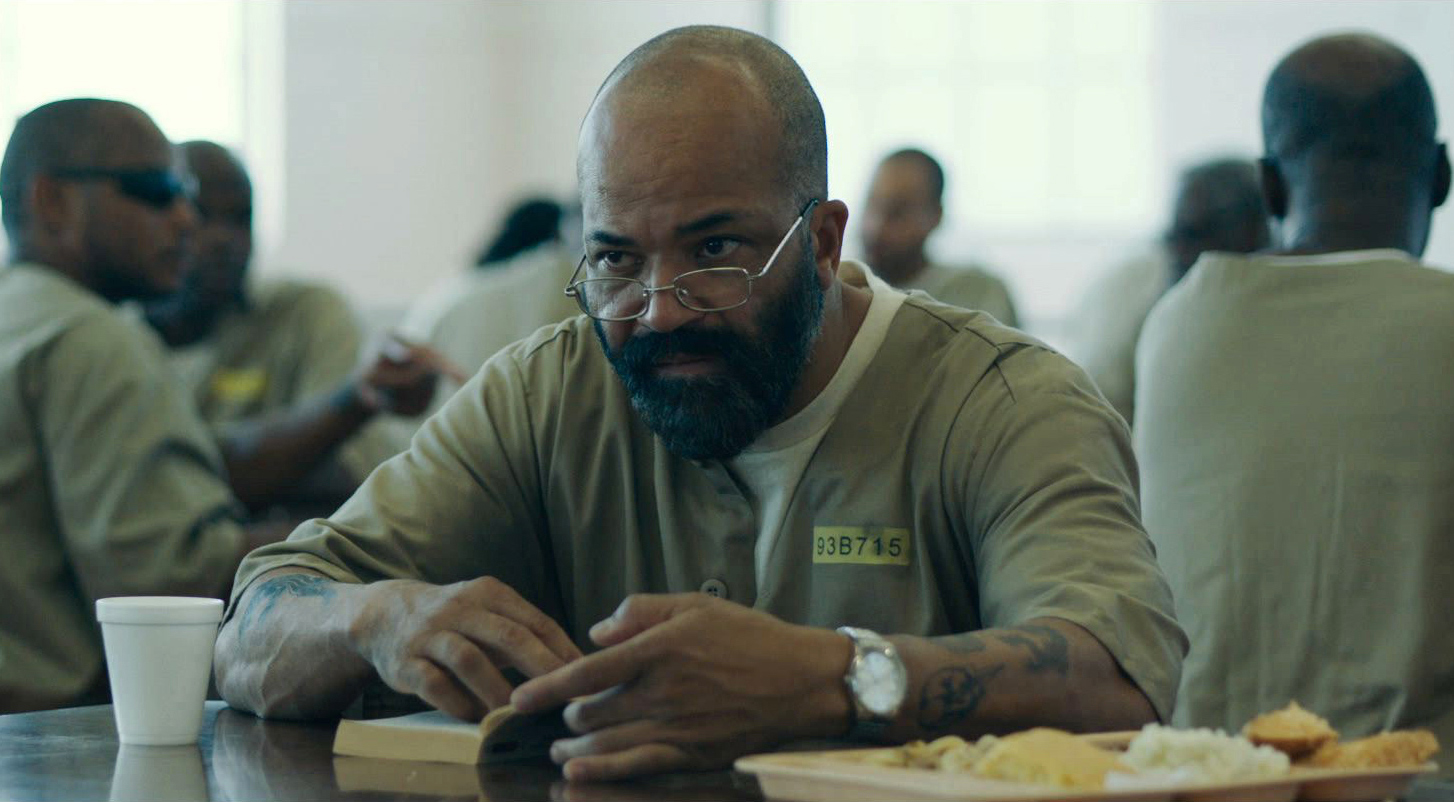 Though Madeleine Sackler’s O.G. stars familiar faces like Jeffrey Wright, William Fichtner, and Mare Winningham, much of its cast is filled out by people currently incarcerated in or working at Indiana’s Pendleton Correctional Facility, the real prison where the HBO film was shot. This approach promises a degree of authenticity, a departure from the average prison melodrama, but it’s one that never quite coalesces.

The film’s screenplay, by playwright Stephen Belber, is at its best when it focuses on the daily life of Louis, a prison inmate played with weathered intensity by Wright. Louis is an old hand at prison politics, with the details of his incarceration and his character slowly spooned out over the course of the film. He used to run the place, but now he’s up for parole, and he glides into various modes depending on whether he needs to glean information from a fellow inmate or assert himself when challenged by another. Throughout O.G., one gets the sense that Louis didn’t get to the top of the prison’s pecking order by being the strongest, but because he knows when to shut up and when to show strength.

Louis crosses paths with Beecher (Theothus Carter), who’s being eyed for prison gang membership, and takes the relucant young inmate under his wing. In another film, Beecher might have been the character through which we experience life at Pendleton, with Louis as the wizened mentor showing him the ropes. A reversal of this perspective is O.G.’s lone trick, though it’s not exactly a novel one: Louis’s guilt about his past and his view of Beecher as an abstract means to make amends are decidedly familiar developments.

O.G.’s ostensible authenticity does little to add dramatic heft to these stock character moments. Wright does most of the heavy lifting here, weaponizing glances and gestures to impart a weary history that the film fails to develop. Louis’s advice to Beecher—to not get involved with gangs—is tinged with hypocrisy given his own checkered past within the prison community, yet O.G. only hints at such complexities, mistaking ambiguity for profundity.

The film is low-key, lacking in big speeches and showy drama. Partially, that’s a bid for realism, a pushback against the standard prison narrative of so many films and TV shows. The inmates featured in O.G. aren’t in a position to do much more than pass anonymously through the system, but Sackler and Belber’s approach isn’t used to make any larger point. In many ways, the circumstance of the film’s creation is its most intriguing element, yet it also results in its greatest hindrance: an inoffensiveness that never spurs the audience to ask hard questions about the U.S. prison system. (One also suspects that this toothlessness emerges in no small part from the filmmakers’ collaboration with agents of that very system.) O.G. is inevitably no more illuminating than any other narrative dramatization of prison life. Its lone innovation: being built on the labor of the people whose story it purports to tell.

Review: Schitt’s Creek Strikes a Balance Between Revision and Reformation