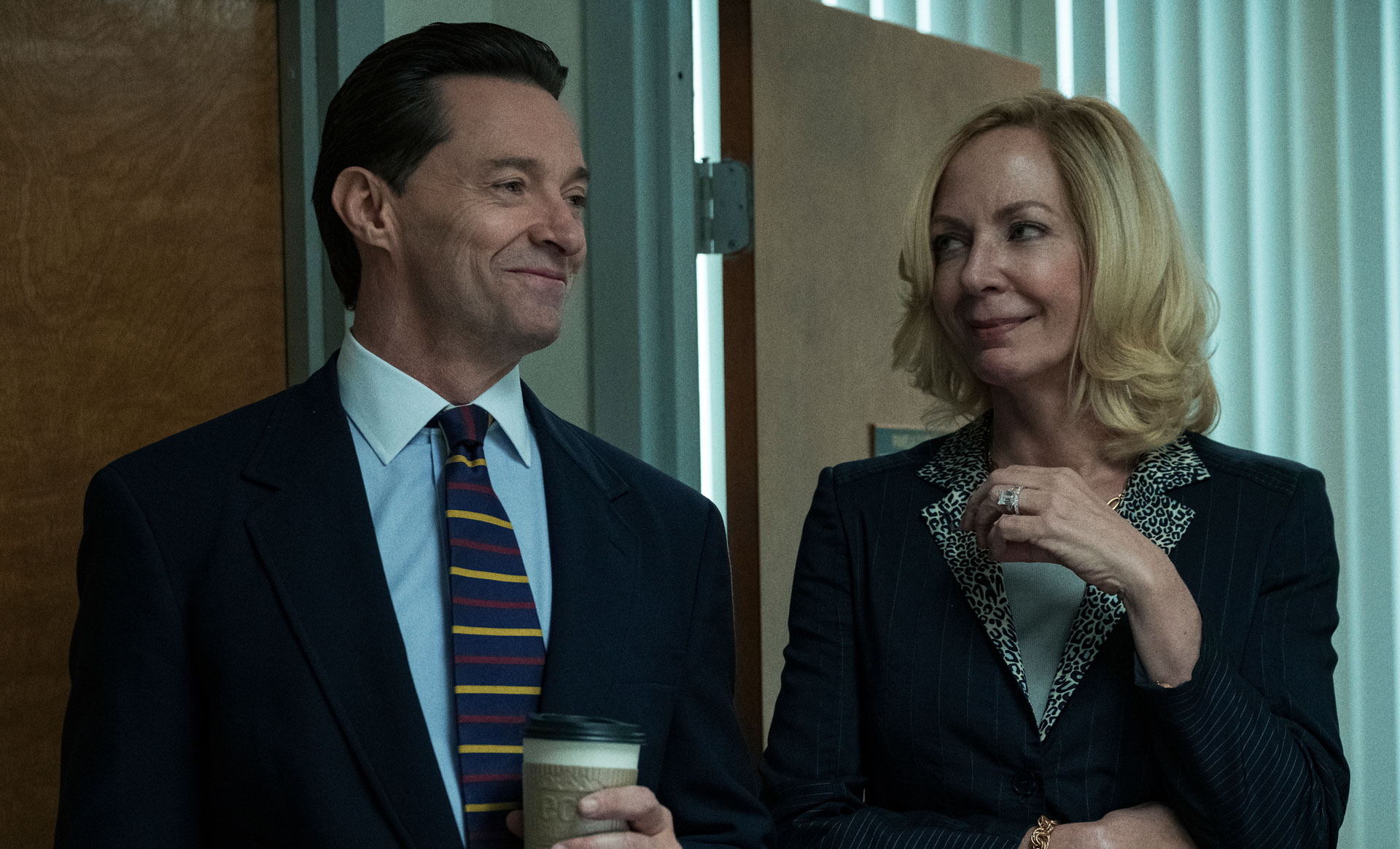 Everybody seems to love Dr. Frank Tassone (Hugh Jackman), superintendent of the Roslyn, Long Island school district. He’s personable, impeccably groomed, and responsible for getting the district ranked number four in the state. And over the course of HBO’s true-crime film Bad Education, he scrambles to cover up a potential scandal that could torpedo the school board’s budget: Assistant superintendent Pam Gluckin (Allison Janney) has been embezzling from the district for years. To complicate matters further, an intrepid school newspaper reporter, Rachel Bhargava (Geraldine Viswanathan), is sniffing around, which might just unearth the wide scope of the operation.

Accompanied by ironic classical music cues, Bad Education paints an unattractive portrait of its main characters. The film’s color palette is muted, and the wrinkles on the actors’ faces are featured prominently in close-ups. Their actions are even less flattering: As ludicrously underpaid as teaching may be, the crass extravagance of the town’s embezzlers is made abundantly clear via house renovations, pieds-à-terre, first-class flights, facelifts, and more—all on the school’s dime, written off as some ambiguous charge from a suspicious company.

Though the film needlessly withholds certain details to artificially pump up the drama through eventual plot twists, Bad Education resists embellishment or caricature. Instead, by probing the truly thankless task of teaching kids while under the thumb of district rankings, school board demands, and an endless parade of antagonistic parents, the film presents educators like Gluckin and Tassone with a surprising degree of sincerity and dedication to their jobs. They remember the names, the parents, the hobbies, and the siblings of all the kids who come through Roslyn. They really did get the place ranked number four.

There is, of course, more to Tassone than his composed, genial exterior suggests, most of which should be left for the audience to discover. And though the embezzlers are explicitly in the wrong, their justifications are not so easily shaken off; they are right, after all, in observing that the director of the school board (Ray Romano) makes seven figures selling real estate with values directly tied to the success of Roslyn, while the teachers and administrators remain underpaid and overworked. Rather than a simplistic, straightforward parable of greed, Bad Education depicts its true events with a surprising amount of depth and ambiguity.

Review: HBO’s I Know This Much Is True Is an Unrelenting Catalog of Tragedy