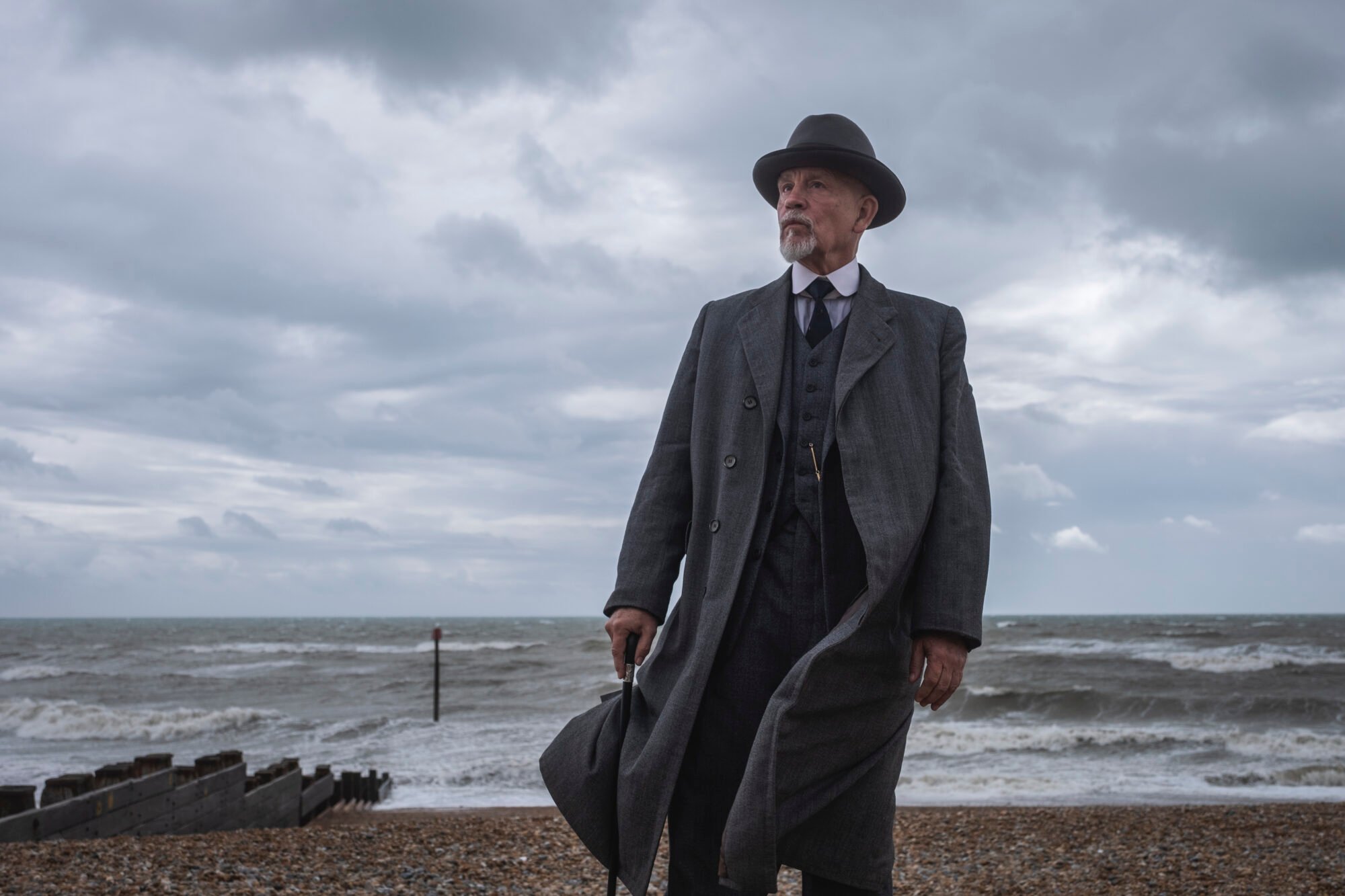 Re-fashioned by screenwriter Sarah Phelps as a beaten-down man sporting a goatee instead of his trademark moustache, the Hercule Poirot of Amazon’s three-part adaption of Agatha Christie’s The ABC Murders is a total bore. John Malkovich, in bringing this iteration of the famed detective to life, performs accordingly, as the actor’s oddball charisma is nowhere to be seen. Here, Poirot’s dogged stoicism scans as disinterest.

While much of Poirot’s investigative work is dispassionate and mechanical, however, the story’s central mystery is deftly plotted, with Christie’s trail of breadcrumbs twisting and turning toward a clever and surprising conclusion. Poirot receives regular letters from The A.B.C. Killer, a serial murderer who leaves a trail of victims across the British countryside and seems to know Poirot personally. The killer at least has an encyclopedic knowledge of Poirot’s life before the detective fled for England from his native Belgium during the first World War.

Poirot’s time in Belgium is a secondary mystery here, one that’s hinted at in repetitive, vague flashbacks. The series leans heavily on the mystery of the detective’s traumatic past, allowing his suffering to subsume any of the character’s other discernible traits. He’s merely a tortured man, and when the story hidden in those flashbacks is finally revealed, the truth (which is an invention of this adaptation) does little to explain anything about Poirot except his misery. It doesn’t even enhance our understanding of his prodigious investigative skill.

The characters who surround Poirot are sketched with as little nuance as the detective himself. Inspector Crome (Rupert Grint), for one, exists solely to eye Poirot with suspicion; the boyish Grint instills his character with a hint of adolescent insecurity that suggests a professional jealousy, but that isn’t something that’s otherwise explored in the writing. Elsewhere, the killer’s victims are caricatures, and the likely killer, a creepy-looking man named Alexander Bonaparte Cust (Eamon Farron), is defined by two traits: masochism and epilepsy.

Director Alex Gabassi renders The ABC Murders’s 1930s setting with an attention to detail both large and small, from eerie Victorian-era mansions to period-specific cigarettes. Indeed, the most memorable moments from the series are touches of visual flair. A climactic chase through a rail yard cleverly uses track switches to build suspense and surprise as CGI trains thunder by, and in one of the show’s most striking (and revolting) moments, a close-up of a man’s bulbous cyst precedes a similar close-up of a runny fried egg.

The ABC Murders also makes painstaking note of a rising nativist movement. Xenophobic posters can be seen at train stations, and characters often cringe at Poirot’s French linguistic flourishes. These elements plainly gesture toward Brexit and the broader, worldwide surge of nationalism in 2019. But Phelps struggles to thematically relate the fascism that envelopes the setting to the story’s events as they unfold, or even to Poirot’s modus operandi as a detective. Poirot remains a cipher, humorlessly bearing the weight of a tragic origin story and a nation’s decay on his shoulders. In the end, The ABC Murders suffocates the enthralling, exciting qualities of a detective mystery beneath a layer of self-regarding grimness.

Review: The Other Two Trades in Millennial Stereotypes