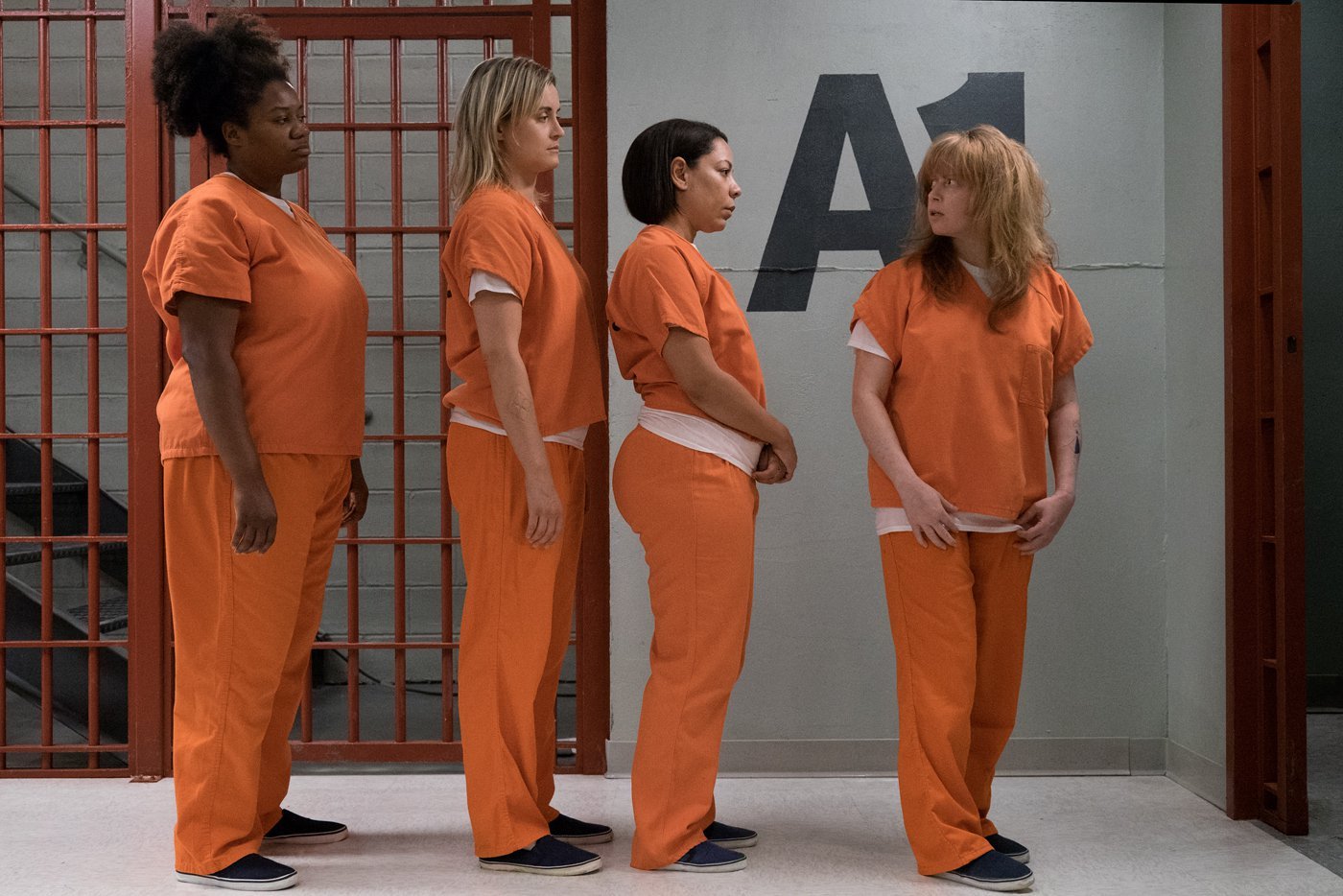 Netflix’s Orange Is the New Black has always taken a unique, often maximalist approach to television. The series maintains a central cast of 40-some-odd characters, and it juggles a dizzying constellation of subplots, with each star in that constellation tied to a given season’s central narrative arc. It’s an approach that was largely stifled by the sluggish pacing of the show’s fifth season, which took place over the course of a three-day riot at Litchfield Penitentiary—a structural experiment that showed a pattern of diminishing returns. Fortunately, season six represents a return to form for the series.

The new episodes trade Litchfield’s familiar setting for the prison’s maximum security compound down the hill. In the immediate aftermath of the riot, the inmates either await questioning from F.B.I. investigators in administrative segregation or settle into their new surroundings in the prison’s general population. As the series returns to its more typical weeks-long timeline, there are ample opportunities for relationships to form and conflicts to fester, culminating in an anticipated kickball-game-cum-gang-war.

In the new season of Orange Is the New Black, the inmates to make it to max consist of the women who were either holed up in the basement of Litchfield’s abandoned pool turned bunker or believed to be the architects of the riot. But viewers are naturally introduced to some fresh blood. As max has maintained its own conflicts, rhythms, and politics separate from those of minimum security, the new inmates—or “cookies,” as they’re derisively called—must quickly assimilate to the prison’s hierarchy of kingpins and lackeys.

The series has always treated its characters with indiscriminate humanity and nuance, and it regards its new characters in a similar fashion, among them Barbara (Mackenzie Phillips) and Carol (Henny Russell), heads of the warring D and C blocks, and their respective capos, Madison “Badison” Murphy (Amanda Fuller) and “Daddy” (Vicci Martinez). This season’s extended storyline is the buildup to war between the two blocks, and along the way toward its disarming climax, viewers are given a perverse peek at the source of Barbara and Carol’s animosity. These characters are a refreshing addition to the series, but audiences may be left wanting for more information about all the other Orange Is the New Black regulars who were sent to a prison in Ohio.

In past seasons, we’ve seen corrections officers behave with abject brutality toward the female inmates under their watches, and this abuse occurs down the hill as well. Beyond showcasing blatant abuses, both physical and sexual, season six highlights the banal cruelty of the guards, even the seemingly benign ones. Among the guards is CO McCullough (Emily Tarver), and one of the season’s most compelling storylines is how her ongoing battle with PTSD in the aftermath of last season’s riot informs her relationship to the inmates. Though McCullough struggles with insomnia and resorts to self-harm, she, more so than any other guard, best expresses a coming to terms with the coincidence of criminality and humanity among the inmates: “They are horrible people who have hurt me, and they are regular people who just want to play a game, or get through the day, or feel human.”

When we last saw the occupants of the pool bunker, there was a palpable sense of solidarity among them, with the inmates holding hands as CERT officers stormed the basement. Season six sees a shift from this camaraderie to self-interest and self-preservation as the women face indictment or additional time. Some inmates are quicker than others to point the finger of blame; Gloria (Selenis Leyva), for one, immediately tells investigators that Ruiz incited the riot and implores Flores (Laura Gómez) to do the same.

For Red (Kate Mulgrew) in particular, seeing her friends value individual interests over unity is especially disheartening. “After so many years it starts to feel like your home, and that these people are your family,” she laments. “Then you remember that this is not your home, and that you are alone here.” In a season that’s deeply concerned with forging alliances based on something as arbitrary as the block to which you’re assigned, Red recognizes that the most unflinching alliance is the one you have to yourself.