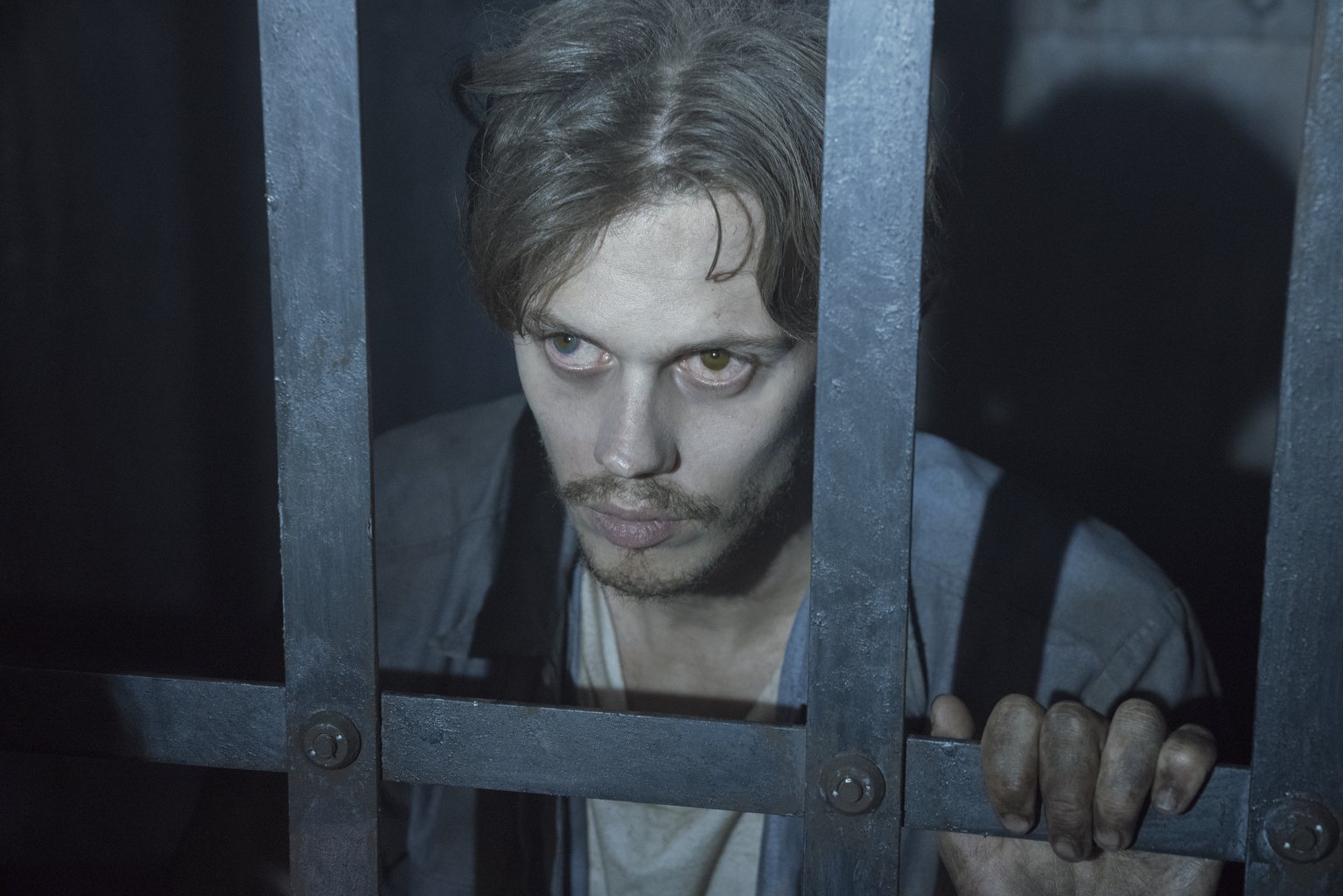 Set in the multiverse created by Stephen King, Hulu’s Castle Rock is a generically gloomy small-town mystery that doesn’t lack for allusions to the author’s past work. The show’s relentlessly foreboding Maine setting captures the gothic quality of the writer’s favorite milieu, Castle Rock, a town that probably should, as one character suggests, be paved over.

The man who offhandedly proposes razing the town is Henry Deaver (Andre Holland), an attorney for death-row inmates. The man returns home to Castle Rock from Texas to investigate the sudden appearance of a strange new inmate (Bill Skarsgård) at Shawshank Prison. The town has played backdrop to countless murders and suicides throughout its history, and, this being the world of Stephen King, Deaver has a dark, peculiar past—as a boy, he inexplicably disappeared for 11 days, and is still unable to remember what happened—that becomes a central mystery of the series.

Deaver is hardly unique among Castle Rock natives, as the town is overstuffed with tragic stories and morbid curiosities. Upon his return, he’s reunited with a childhood neighbor, Molly Strand (Melanie Lynskey), a drug addict and telepath. In one montage, a humorously macabre voiceover outlines the overwhelming number of grisly deaths in Castle Rock’s history. There’s also the matter of the nameless new Shawshank inmate, who seems vaguely demonic. All these stories intertwine to form the show’s most compelling mystery: What is the source of rot in Castle Rock?

That Castle Rock takes place in 2018 strains credulity. It’s difficult to accept that this town has been marred by so much tragedy without, say, trending on Twitter or becoming the focus of trendy true-crime podcast. The series seems to acknowledge as much, positioning the shroud of secrecy surrounding Castle Rock’s misfortune as one more riddle to solve. The one entity protecting the status quo is the private company that owns Shawshank, and while Castle Rock half-heartedly swipes at the disproportionate influence of America’s prison complex, it prefers to treat Shawshank as a mythical place. The music, at once reverent and foreboding, swells when the jail is first glimpsed. The emphasis on Shawshank boosts the show’s dramatic stakes, as we get the sense that Castle Rock is being poisoned by the prison itself.

Castle Rock’s locations are vividly detailed, but the series fails to build a cohesive world around Deaver, Molly, and the prison throughout the four episodes made available to press. Castle Rock’s Victorian houses, monuments of deteriorating beauty, are haunting, as is the town’s crumbling downtown section, but as the series shifts focus between its characters and subplots, it neglects a wider appraisal of Castle Rock. Everyone in town openly disdains their decaying surroundings, and their plights would be more sympathetic if we knew how things got to this point, or what compels the residents to stay.

As Deaver, the charismatic Holland imparts both vulnerability and strength. He manages a subtle mixture of hurt and mannered deference when Deaver is spurned by the Castle Rock townsfolk, who are wary of him either because of his mysterious background or, the series implies, because he’s the lone black person in an otherwise lilywhite town. Partly owing to Holland’s performance, the show’s truly poignant moments are entirely unrelated to supernatural occurrences. They instead revolve around the utterly quotidian displays of racism that color Deaver’s interactions with his hometown.

Castle Rock doesn’t lack for meticulously pitched performances. Lynskey’s squirrely portrayal of Molly projects instability and warmth, while Skarsgård, despite rarely speaking, is both frightening and fascinating. The It star, so tall and slight in frame, makes for a kind of hulking ghoul here, looming menacingly over guards and prisoners alike, and when squatting in the corner of his cell, he suggests a coiled, skeletal figure. His dark, recessed eyes hint at the character’s worst nature, and many of the show’s most unsettling moments are simply lingering close-ups of the man.

But no amount of good performances and fan service can prevent Castle Rock from resembling a host of other small-town mysteries. The show’s look—all muted grays, blues, and greens—continues the trend of recent rural crime dramas such as Sharp Objects, Ozark, and Dark. Its puzzle-box plot is the Stephen King Mad Libs version of a straightforward mystery that, even in its most engrossing moments, lacks the pulpy imagination of the author’s finest work. There are jump scares, and one sequence involving a children’s game is disturbing, but even at its most frightening, Castle Rock is never surprising.