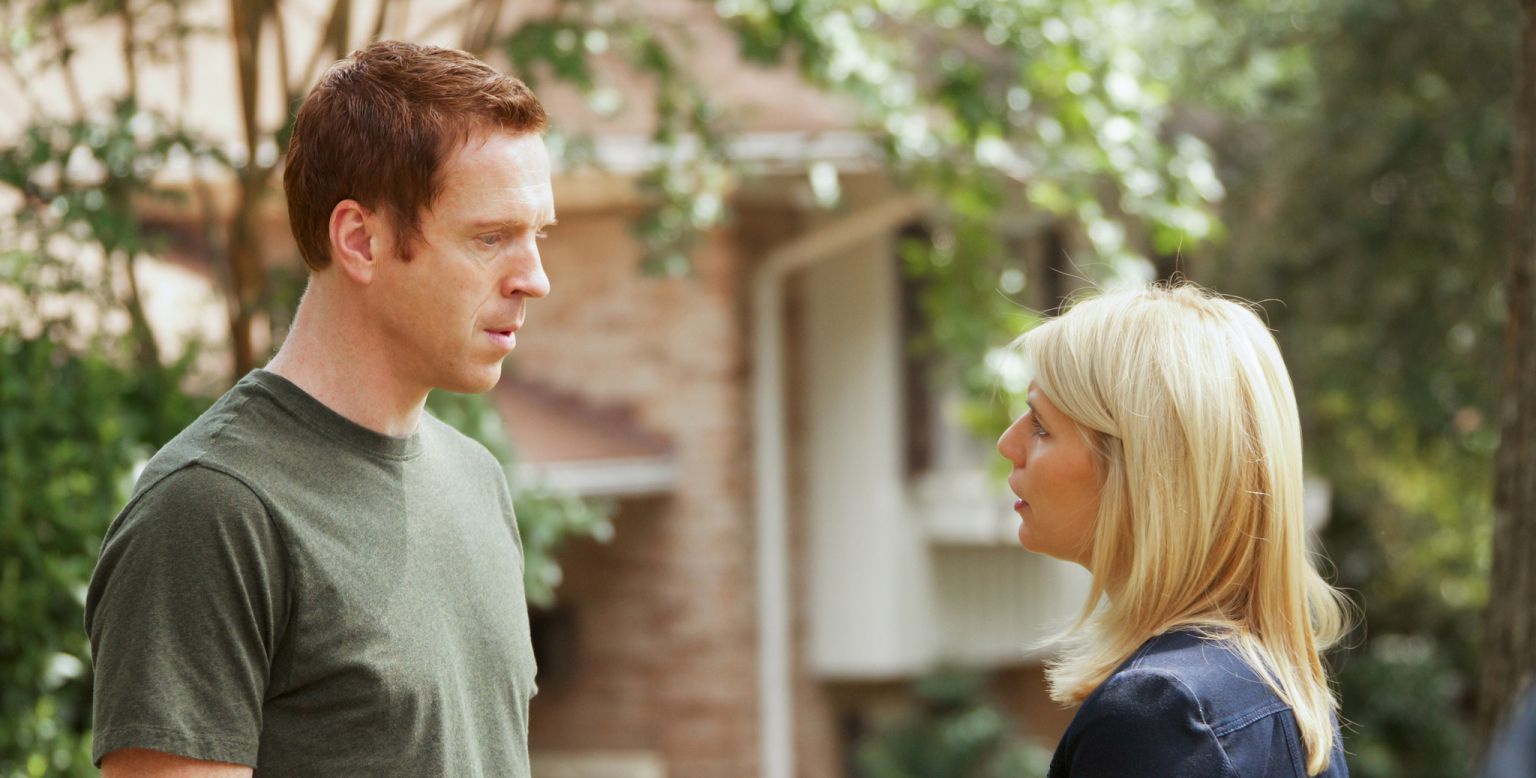 At first glance, Homeland seems as substantive as a made-for-TV movie, a quick thriller that steals both the cachet of The Lives of Others and the gaudiness of 2004’s The Manchurian Candidate in order to tell the story of a C.I.A. analyst’s quest to prove that a recently rescued POW is actually a reprogrammed sleeper. But the series is ultimately less concerned with the minutiae of catching another shadowy terrorist mastermind than with the psychological punches of watching Nicholas Brody (Damian Lewis) readjust to American life after eight years of torture/indoctrination by Islamic fundamentalists in Afghanistan and Carrie Matheson (Claire Danes)—an analyst so determined to prevent another 9/11 that she’s keeping her antipsychotic medication a secret (lest she be pulled off the case)—adjust to watching him.

While Carrie’s life is complicated by her relationship to her confidant and mentor, Saul (Mandy Patinkin), a hard-ass who places truth above the law and who’s not opposed to blackmailing a judge if it cuts through the red tape of getting a FISA warrant, Brody struggles to adjust to returning to a wife (Morena Baccarin) who slept with his best friend, Mike (Diego Klattenhoff), a daughter (Morgan Saylor) who idolizes him to a fault, and a young son (Jackson Pace) who can hardly remember him. PTSD and its effects on the family dynamic have been explored many times in the arts (most recently in Brothers), but Homeland distinguishes itself by blurring the line between right and wrong, victim and terrorist. Brody is both a pained protagonist and (perhaps) an insidious villain, while Carrie is far from an obvious heroine.

Despite the positive first impressions these initial episodes make, however, the writers are quick to turn to cheaper tricks to flesh out a 12-episode season. While we get a sense of the mixed feelings of Brody’s family during an interview with Lawrence O’Donnell (the actual MSNBC anchor, lending some reality to the fiction), Carrie’s informants—like Lynn Reed (Briana Brown), the professional “girlfriend” of a visiting Saudi prince—are so lightly developed and expendable they might as well be wearing red shirts. Why should we care that Carrie’s career-minded boss, David Estes (David Harewood), is recklessly endangering Ms. Reed in an effort to find a financial connection between the Saudis and the terrorists? She’s as much a stepping stone for him as for the show’s writers, who use Reed to raise the stakes for—and emotions of—Carrie.

When it gets past such clunkiness, Homeland is eerily effective. Consider the slow, twin reveals that Brody has stored his purchases from a Home Depot-like store in the one blind spot in Carrie’s video surveillance, the garage. Carrie, of course, panics when she sees that he’s gone there in the middle of the night; not knowing what he’s doing drives her mad. When the audience gets a glimpse of what he’s actually up to (praying to Allah, on the prayer rug he’s bought), it’s no less unsettling given its uncertain implications. In that, Homeland is the perfect show for a post-9/11 America, a nation united not by trust, but by suspicion.