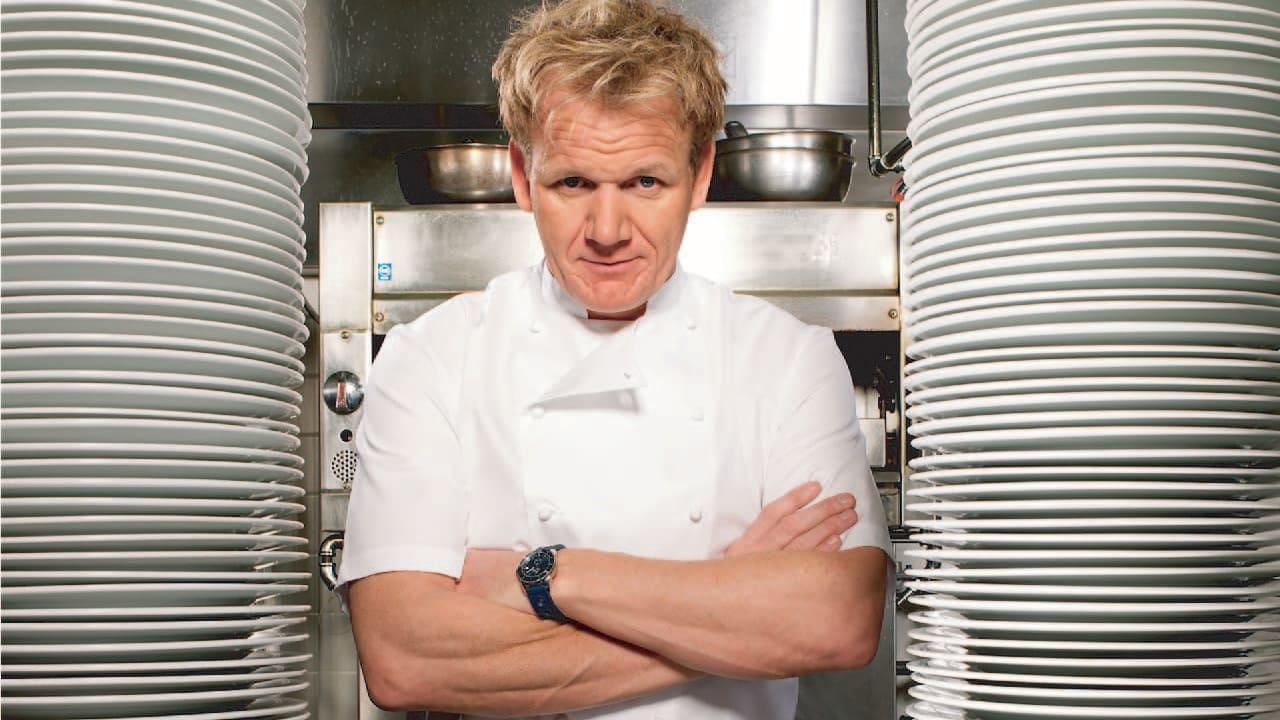 There are three flavors of Gordon Ramsay, and it’s a matter of taste which of his shows you’ll enjoy the most. There’s the funny, personable celebrity chef from The F Word; the stern but compassionate father figure from Kitchen Nightmares; and the psychotic, obscenity-spewing force of nature from the popular Hell’s Kitchen. Now in its seventh season, the reality program features 16 new contestants for Ramsay to belittle, torture, and be generally unpleasant toward, all for the promise of becoming executive chef at Ramsay’s new restaurant at the Savoy Hotel in London, which is undergoing £200 million worth of renovations this year.

Unlike many cooking competitions on television, the actual food doesn’t play into Hell’s Kitchen very much. Contestants are expected to be excellent chefs with an inventive and competent understanding of cooking, for sure, but the bulk of the show concentrates on their ability to act under the extreme stress brought on by Ramsay playing the part of an insane despot. Watching the overinflated egos that populate Ramsay’s kitchen crumble under his fierce gaze is why we watch. In the first episode of season seven, for instance, Ramsay asks the green competitors to make him their signature dishes, a contest that immediately separates the real contenders from the incompetent and the pretentious. The look of awkward shame on the formerly hyper-confident contestant Holli’s face as a horrified Ramsay picks through her banana leaf-wrapped Northern Indian specialty as if she served him a plate of sewage is a highlight.

It wouldn’t be Hell’s Kitchen without a strong cast of intolerable assholes for Ramsay to chastise, but this season offers up only a few standouts. There’s the aforementioned Holli, the self-professed sexy one who thought wearing heels in the kitchen would win her style points; Mikey, a competent chef who has a rockabilly mohawk that makes him look like the dorky offspring of Brian Setzer and the lead singer from Rancid; and, my personal favorite, Salvatore, a pizza-parlor worker who thinks the cartoonish Italian accent he’s adopted makes him more attractive to the ladies, a matter complicated by the fact that he’s lived in America for 20 years and looks to be about 23. It would also help his chances if he knew that cooking scalloped potatoes requires the pan to be over some sort of heating element.

The real problem with Hell’s Kitchen, however, is that the show suffers, as it always has, from an edginess overload. As entertaining as Ramsay going ballistic on some terrified line cook over a misplaced garnish can be, the show’s flashy editing and Michael Bay-style production values amp everything up into such a frenzy that it’s hard to fully appreciate the master chef’s thorough tongue lashings and savage wit. Every scene feels like it’s about to be punctuated with an explosion, which could be a fun aesthetic if it weren’t blasted in our faces at every commercial break.

Hell’s Kitchen also falters when it gets away from the cooking (and consequently away from Ramsay screaming at people) and falls in line with every other reality show that’s ever existed, becoming a showcase for petty people squabbling over minor sleights and insignificant bullshit. Still, this is FOX we’re talking about here, and asking for some restraint or subtlety from a cooking competition that promises at least one hot-tub sex scene might be a bit on the delusional side. And, to be fair, the show’s excess provides the added perk of having an opening sequence that looks like it was ripped from a Bollywood music video, complete with one contestant shooting fireballs from her hands.