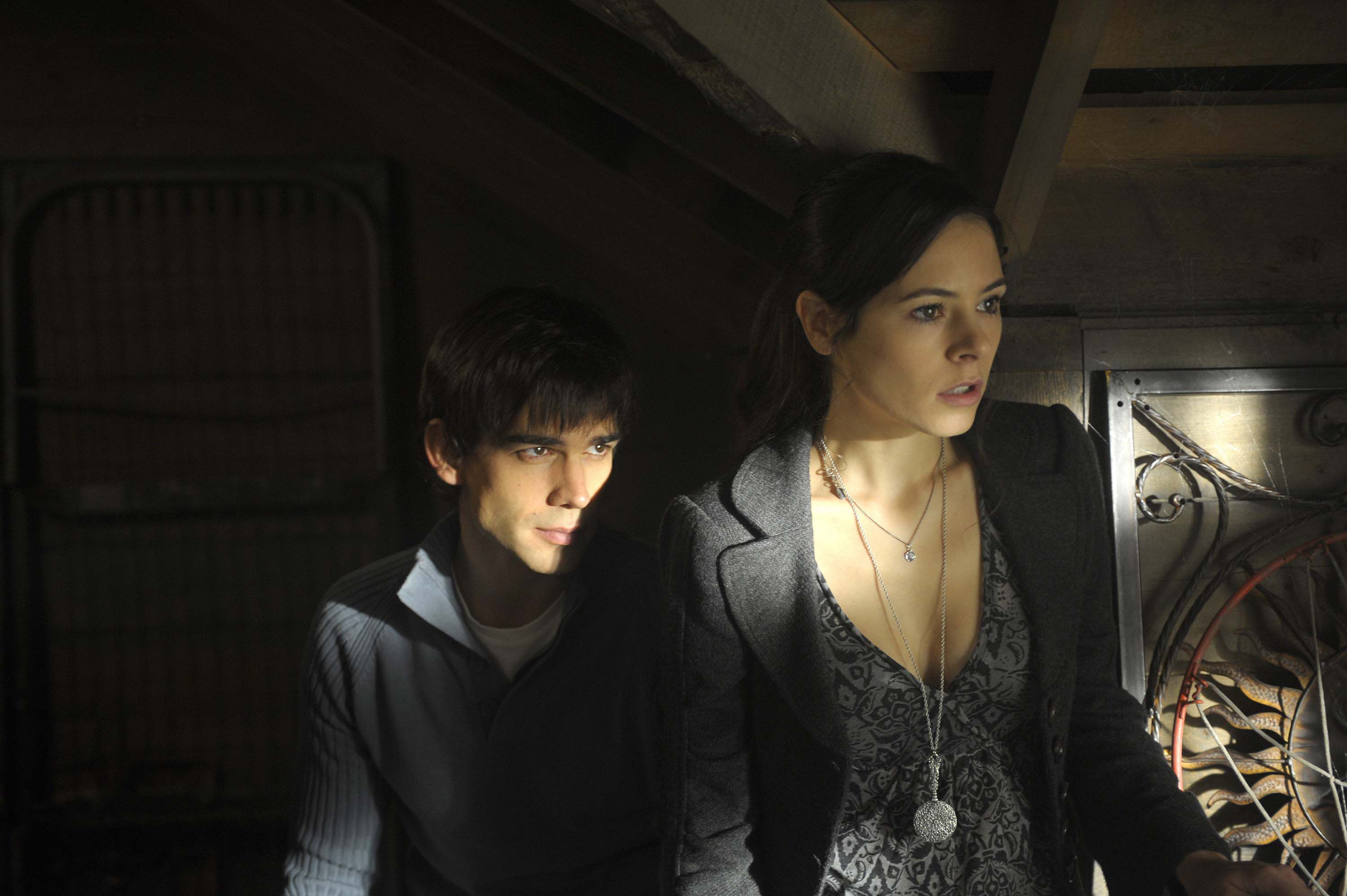 Harper’s Island is a gimmick show in the grand but bargain-budget tradition of master showman William Castle and his reality-TV bastard stepchild Mark Burnett. It’s best described as And Then There Were None Because I Know What You Did Last Summer When We Were Survivors, but that was probably too long a title to be marketable. The show has been promoted as a “Mystery Event,” which is CBS’s way of saying it’s a miniseries with a conclusive ending—in 13 weeks, to be exact. This is a rarity amid the current vogue for never-ending serials with no hope of a satisfying resolution. For better or worse, Harper’s Island will come to a close in the dog days of summer revealing the identity of its mystery killer and answering the age old question, “Who Will Survive?”

Survivor was definitely the inspiration for this fictional show’s central gimmick. Each week, at least one of the wedding party guests on the isolated titular island will be killed off and Jeff Probst will be on hand to put out their cigars. Not really. But the show’s biggest flaw is that it’s a gimmick show that doesn’t effectively exploit its gimmicky nature. It would be one thing if the script made a real attempt at strong characterizations and a compelling mystery, but based on the sketchy first episode, Friday the 13th Part 3D was more complex and Fred Walton’s April Fool’s Day much wittier.

Writer Ari Schlossberg spends the dreary first hour swiftly setting up his cannon fodder with the kind of broad strokes reserved for a 90-minute slasher flick. Characters are either defined by a single trait—like Abby Mills (Elaine Cassidy), who shows that she’s tougher than she looks when she refuses a glass of wine and instead chugs a beer—or in the case of cardboard groom Henry Dunn (Christopher Gorham), not at all. One character is defined solely by the fact that she keeps stripping down to her Victoria’s Secret underwear, and the fact that she can’t seem to go much further serves as a reminder that you’re watching a network TV program.

It remains to be seen whether or not these broad strokes will be filled in during the remainder of the series. Films in this sub-mystery-slasher genre are designed to maximize the number of kills per screen minute so the audience won’t really care whether or not Ted the jerkass jock had a sensitive side. That’s fine for 90 minutes. But when a TV show is going to run the length of Fassbinder’s Berlin Alexanderplatz, these people have to be more than expendable, and this “All-Non-Star Cast” doesn’t have the instant audience identification required to fill in the blanks. Imagine if Terror Train kept on chugging for 13 hours with its cast of heartwarming characters. You’d be praying for the bridge to be out up ahead.

Then again, Harper’s Island could’ve tossed out the serious thriller approach altogether, which just reveals the creative bankruptcy of its derivative nature, and had more fun exploiting the central gimmick. It’s an opportunity for which Mr. Castle would’ve killed: Viewers should’ve been able to vote these people off the island and choose the most painful manner of death to inflict on the most annoying actor in the cast. The unofficial “winner” this week was the show’s big marquee name, Harry Hamlin. Seeing Hamlin sawed off at the waist was easily the best moment of the pilot; it probably saved a few bucks as well by cutting him loose from the payroll in the first episode. The real mystery, however, is whether or not Agatha Christie would have been proud to know that one of her best mystery plots pretty much inspired the entire slasher film genre.