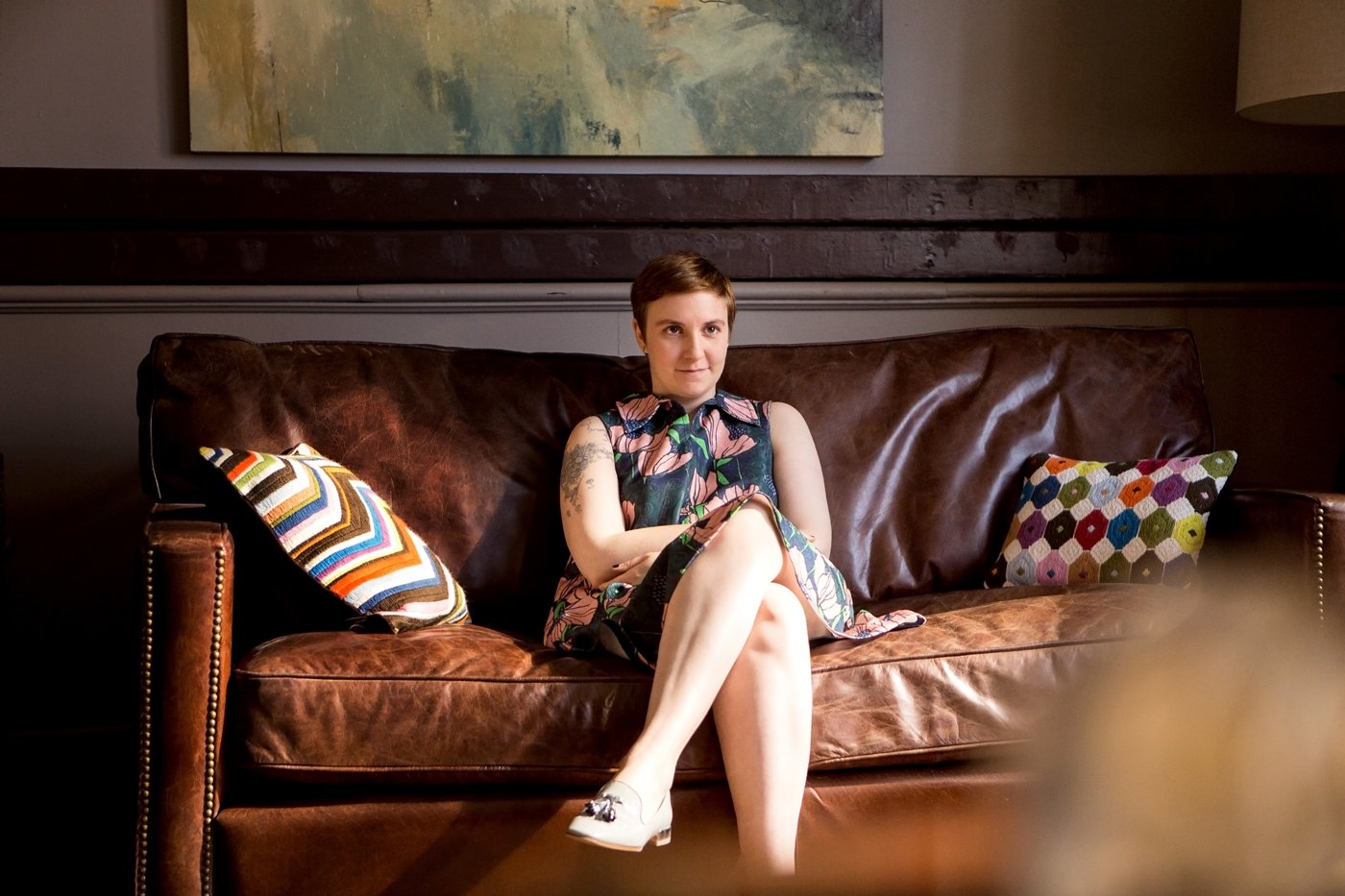 The “white man!” cry of alarm directed at Ray (Alex Karpovsky) by a non-cisgender barista after he insults her, first by assuming she’s male and then by asking if she’s female, echoes throughout the entirety of “Good Man.” Hannah (Lena Dunham) and her friends all have their awkward moments as they alternately embody or encounter the blurring of gender and sexual boundaries that have continued to accelerate since their college days, but it’s the straight—or until recently passing as straight—white men among them who struggle hardest to adapt.

Hannah’s discomfort with changing mores shows up mainly in her reaction to her recently out father, Tad (Peter Scolari), as she overshares information about him to her boss and then ping-pongs through a cringe-inducingly clunky encounter with Tad’s recent Internet date, veering between aggressive insults and overly personal compliments. As usual, though, Hannah is more often on the giving than receiving end of social awkwardness. She kisses Elijah (Andrew Rannells) goodbye with surprising passion in front of Fran (Jake Lacy), whose discomfort she brushes off smugly: “This is a very specific relationship. We have to be able to express ourselves. We worked very hard to get here.” And when her T-shirt-clad body causes Fran’s roommate to launch into a tirade about her “fucking bush,” Hannah finally responds, with the annoyance of a modesty-free millennial, by pulling down the shirt—and further shocks the roommate by inadvertently baring her breasts.

Fran’s roommate is hardly the only white man with a problem. Adam (Adam Driver) is equally uncomfortable when Caroline (Gaby Hoffmann) makes no effort to cover up in front of him while breastfeeding her new baby, and Ray, used to being the voice of reason for Hannah and her flaky posse, looks nonplussed when the barista takes offense at his questions. Hannah’s father is verklempt too, afraid to leave the comfort of his longtime marriage to claim a new identity as a gay man—and to navigate the strange new world of online dating. Touchingly insecure after realizing that he left his wallet at his trick’s apartment, he sends Hannah to retrieve it because he’s too embarrassed to face the man again.

The theme of growing up, in fits and starts, is another through line in “Good Man.” Jessa (Jemima Kirke), starting to think about the consequences of her actions, tells Adam she can’t pursue a romantic relationship with him for Hannah’s sake, because “we’re friends and it’s shitty and I’m done being shitty”—though she’s apparently not quite done yet. After a sweetly innocent outing to Coney Island (well, aside from a beef between Jessa and a busker who owes her $1,000), Jessa and Adam wind up side by side on a couch. And true, they’re theoretically sticking to their “no touching” agreement, but surely mutual masturbation violates the spirit of the pact.

Hannah starts off the episode in typically selfish mode, urging Fran to ditch his mentally unstable roommate by saying: “It’s so sweet of you to care, but he’s fucking crazy. Let’s forget he ever existed.” She also continues to blow off work, first teaching her young class Goodbye Columbus without questioning whether it’s appropriate (“I mean, honestly, this is basically a how-to guide to having sex,” a student observes), then abandoning them without a second thought when her father calls for help. But she rises to the occasion for Tad, putting someone else’s needs first for a change as she shields him from her mother’s anger, shares his grief over the end of his marriage, and promises she’ll always be there for him. If this keeps up, they may have to rename the series Women.