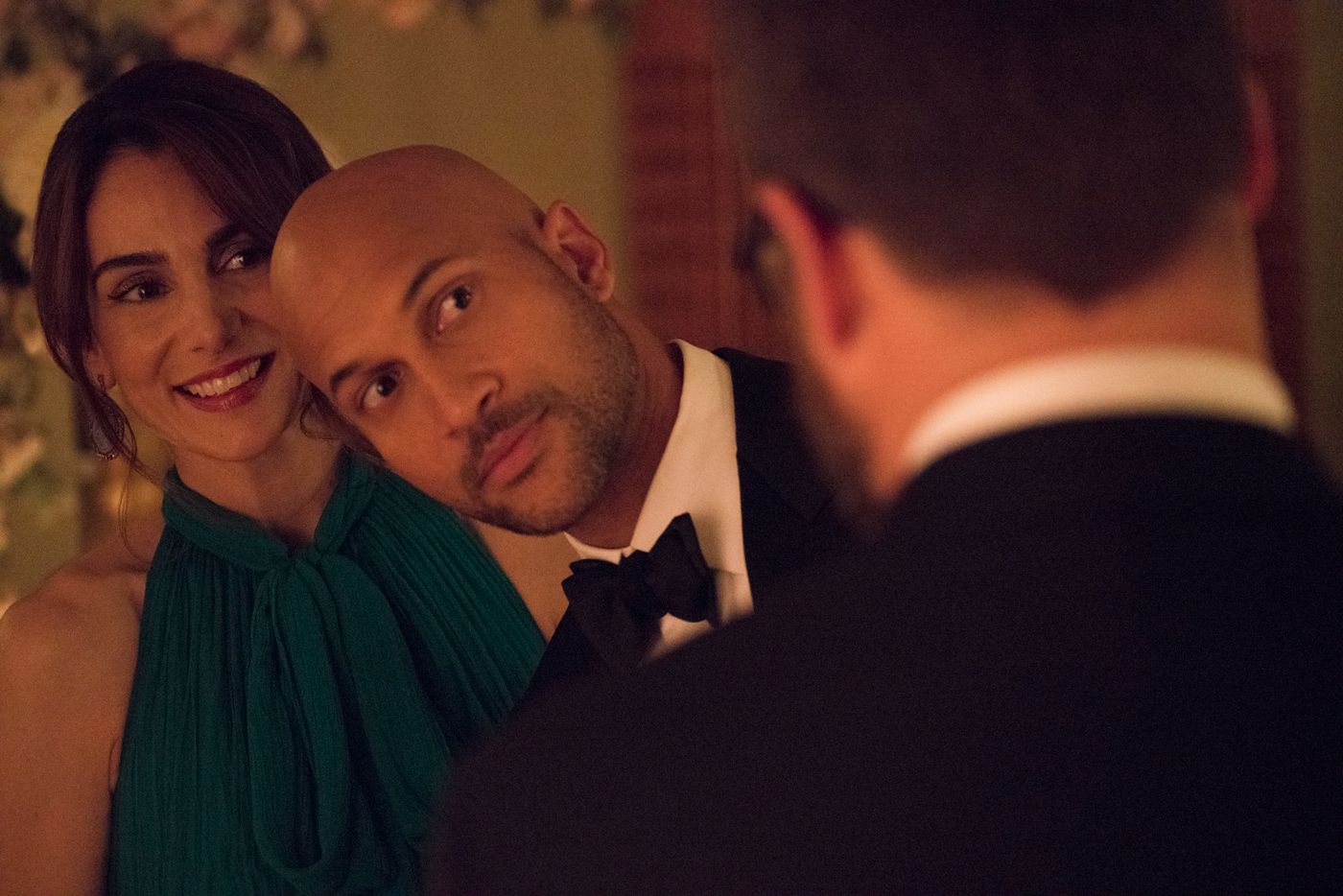 The Netflix series Friends from College often suggests a more ensemble-oriented epilogue to The Graduate. Concerning six friends approaching their 40s, it certainly works best as a sendup of relatively privileged people struggling to make responsible decisions about their futures. And like Mike Nichols’s 1967 classic film, it wrings most of its dramatic tension out of an affair that threatens to bring the relationships around it crashing down.

Ethan (Keegan-Michael Key), Lisa (Cobie Smulders), Sam (Annie Parisse), Max (Fred Savage), Marianne (Jae Suh Park), and Nick (Nat Faxon) have reunited in New York City nearly two decades after graduating from Harvard University. The whole friend group is happy to be back together, but things are messier than they seem. For starters, Ethan and Sam are in the midst of trying to end their 20-year affair, which predates Ethan’s relationship and eventual marriage to Lisa, and the series mostly hinges on their haphazard efforts to keep what should have just been a college hookup under wraps.

Several episodes place emphasis almost entirely on Sam and Ethan’s struggle to end their fling, which continues only because of their sheer physical attraction for each other. One may wish, though, that more attention had been paid to Ethan and Lisa’s marriage, given that it lends Friends from College some of its strongest emotional beats, particularly when Lisa experiences complications with her fertility treatment, threatening her chances of ever carrying a baby. Through pained expressions and outbursts, Smulders affectingly expresses Lisa’s devastation, but it’s telling how the series at one point jarringly transitions from this heartrending arc to an “adult spring break” that Ethan organizes despite Lisa’s wishes. At times, it’s as if neither Ethan nor the series itself respects the occasional need for seriousness.

Indeed, Friends from College often attempts to balance comedy and pathos, but it does so in such an awkward fashion that it manages to cheapen both its more serious moments and its sequences of madcap humor. This muddled approach ends in particularly disastrous fashion with a scene featuring Marianne’s gender-flipped performance of Tennessee Williams’s A Streetcar Named Desire in a high school gymnasium. Her friends watch from the bleachers in semi-inebriated disgust as Marianne explicitly acts out the play’s implied rape mere feet away from them. We’re ostensibly meant to laugh because their barely whispered discussion disrupts the performance, but Marianne’s exaggerated movements and her friends’ commentary seem to exist only to provocatively but cheaply make light of sexual assault.

There are some big laughs to be had early on from smaller gags, like when Ethan tries to covertly take a phone call from Sam and his MacBook, iPad, and iPhone all start ringing at the same time, provoking a frantic effort to silence the devices before Lisa enters the room. The jokes that land best are usually focused on intimate interactions that reveal one character’s lack of empathy for someone else, which is well illustrated by a darkly comic scene in which Felix (Billy Eichner), Max’s partner and Lisa’s grouchy fertility doctor, callously tells Lisa the painful abdominal bruises from her IVF injections will go away in 12-to-36 weeks before loudly whining about a paper cut on his finger.

Lies and mistakes pile up quickly in Friends from College, and when the series doesn’t immediately force its characters to face the consequences of their actions, it usually draws a clear trajectory for when the other shoe will drop. This constrains the narrative to a handful of predictable subplots and leaves half of the principal cast—namely Savage, Park, and Faxon—underused. Creators Francesco Delbanco and Nicholas Stoller rely too often on their performers’ sketch-comedy and sitcom experience to craft amusing situations that seem natural even at their most ridiculous. But no amount of charisma can revitalize the season as it ambles toward its finale, bloated with so many gags that it unravels like old friendships strained to their breaking point.