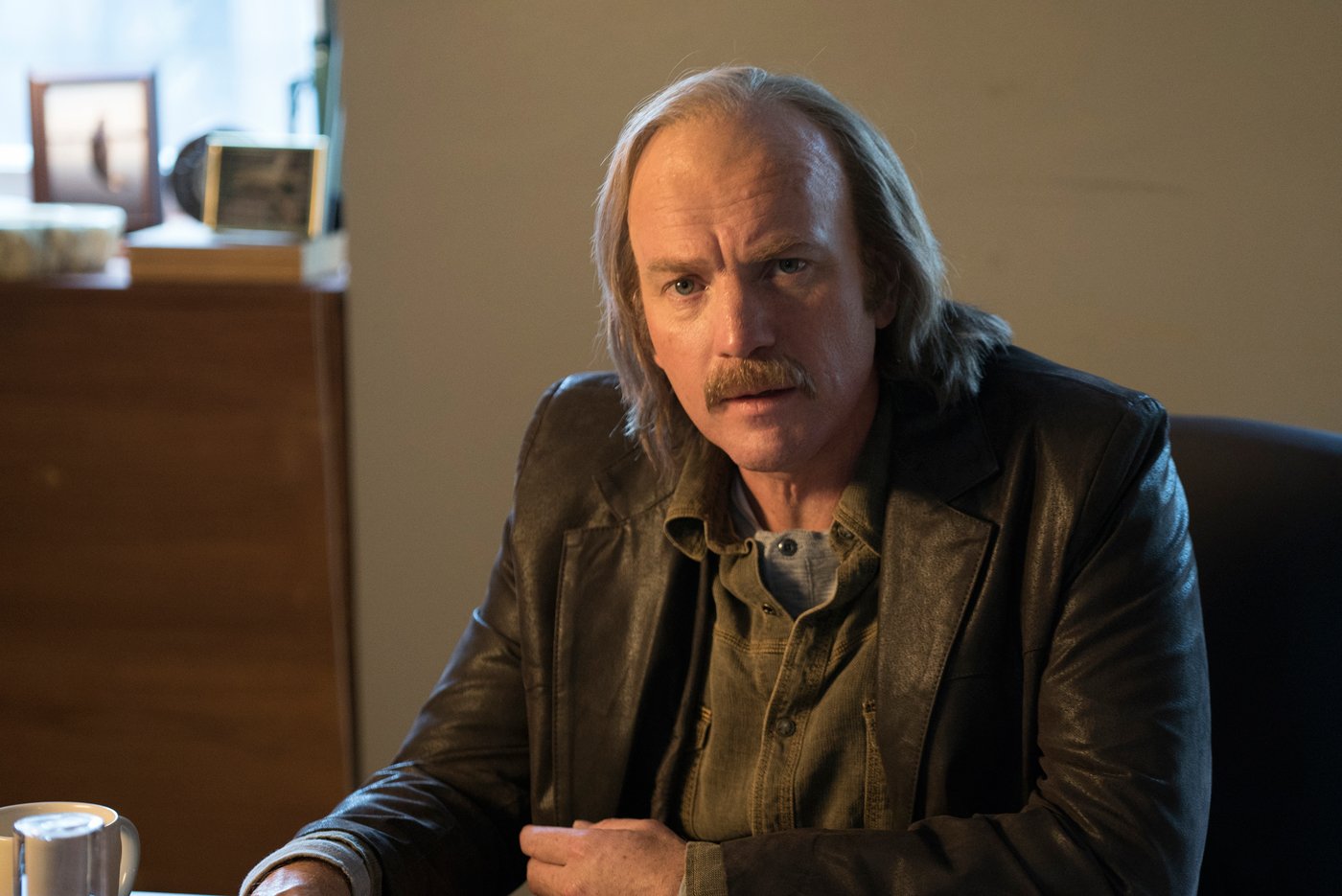 Throughout Fargo’s first two seasons, showrunner Noah Hawley proved to be a consummate disciple of not just the film on which the series is adapted, but Joel and Ethan Coen’s entire oeuvre. Indeed, one of the joys of watching the FX series is seeking out the Easter eggs that Hawley and company have peppered throughout their Coen-inspired universe. Such references run the gamut from discreet winks to the audience (the diegetic crooning of “Just Dropped In,” famously used in The Big Lebowski, that blares from Simone Gerhardt’s car in season two) to the glaringly obvious (the first season’s Molly Solverson as an analogue for Marge Gunderson).

While much of Fargo deviates from its source, there’s one shout-out to the film to which Hawley unremittingly cleaves: “This is a true story.” In the first two seasons, that sentence hangs in the air before dissolving, with the word “true” lingering on screen for a moment. As the years and small Minnesota towns change between seasons, that false promise—that what we’re about to witness is true—remains a constant. The word “true,” though, disappears first in the third season’s opening credits, leaving just “This is a story.”

In almost any other series, the vicissitudes of a title sequence might not be cause for alarm. But this is Fargo, in which each mumbled statement or innocuous object carries a Chekhovian portent. If the first two seasons were meant to probe the import and implications of the truth—who tells it, who doesn’t, and what happens when we cast it aside—then season three could very well ask similar questions about the nature of storytelling. Who gets to control the narrative? What sorts of stories do we want—or need—to tell ourselves? The season addresses such questions right out of the gate. In East Berlin in 1988, a man is being falsely accused of murder by the state. “We are not here to tell stories,” his interrogator says with Coen-appropriate levels of dark irony. “We are here to tell the truth.”

Following this brief foray into Cold War-era East Germany, the series quickly returns to the northern United States, where our trusty purveyors of Minnesota Nice are grappling with the technologies and post-recession realities of 2010. At the center of the season are the Stussy brothers—the mustachioed, paunchy Ray and the slick, not-quite-Jeri-curled Emmit (both played by Ewan McGregor). Emmit is the more successful of the two, having sold a valuable family stamp collection to earn the capital for his business empire and earn the name “Parking Lot King of Minnesota.” Ray, a parole officer, opted for a red Corvette over the stamps, and now he and his car are both looking a little rusty. Ray’s silver lining is his girlfriend Nikki Swango (Mary Elizabeth Winstead), a believer in positive Chi with a knack for Bridge and a dark streak (did I mention she’s Ray’s parolee?).

Hawley artfully juxtaposes the two brothers. Drastically different hairstyles aside, Emmit is typically shot in daylight—or at least under the fluorescent bulbs of his office—and cast in a golden glow, while Ray’s environment is drab and dark with flecks of green. But despite his perpetually bright surroundings, things aren’t all sunshine and roses for Emmit: The effects of the 2008 financial crash weigh heavy on the Parking Lot King, who had to take out a loan from a shadowy “true capitalist” named V.M. Varga (David Thewlis), whose menacing business machinations throw Emmit for a loop.

The tension between the Stussy brothers is what eventually incites the main crime of the season, which in turn introduces us to police officer Gloria Burgle (Carrie Coon). She’s a fitting successor for Marge Gunderson and Molly Solverson, and it’s clear from the outset that she’ll serve as the show’s resident moral center and optimist. “I think deep down we all have something positive in us, don’t you think?” she tells her son in the season premiere. That said, Gloria has some bite—typically instigated by her luddite sensibility—that will surely add punchiness to the good cop.

In some ways, this season of Fargo checks all of the boxes of its precedent seasons: the down-on-his-luck schlub with a surprise knack for crime; the sly yet intoxicating evil force; the righteous, morally sound cop; and the absurd, easily avoidable crime that sets everything into motion. What sets the season apart is its comparatively small cast of players, as opposed to the sprawling universes (aliens included) that made up past seasons. Perhaps as a result, season three will contain a less complex web of lies. Maybe, if we’re to take Hawley’s opening title sequence shakeup to heart, the key to unlocking the season is to understand it as a story rather than a collection of truths and falsehoods. If nothing else, we can heed Joel Coen’s (characteristically cryptic) advice: “The only true thing about Fargo is that it’s a story.

The Americans Recap: Season 5, Episode 7, “The Committee on Human Rights”