For Brits and domestic online pirates of a particularly highbrow variety, the second season of Downton Abbey is already old news. It premiered months ago in the U.K., and it’s hurtling toward its conclusion here in the States. We’ve even begun to hear casting news about season three (Shirley Maclaine!). So while fans of the show who’ve long ago discovered whether Matthew and Mary finally tell their driver to take them to Make Out City are imagining the Shit Psychics Say to Dowager Countesses, it seems a good time to ask what exactly is so fabulous about Downton Abbey that makes it so compulsively, confoundedly watchable?

There are plenty of good answers to this question, and most of them are on full display in the second season. First, there are the costumes. Downton Abbey is one of the most ostentatiously great-looking television shows in recent years. While the U.K. television production system has a bit of a reputation for making series—even great ones—that look like they were shot on VHS in empty condominiums, when the Brits decide to do a period piece, they do it like nobody else. From the hats to the décor, Downton Abbey is a meticulously designed piece of historical fiction.

But the remarkable thing about all of this gorgeous production design is that it feels so lived in. This is mainly a credit to the large ensemble of actors who, though they’ll occasionally slip into a histrionic fit, have been giving uniformly restrained, lovingly calibrated, naturalistic performances since the start of the series. Dressed in all their off-the-rack period finery, the actors on HBO’s almost contemporaneous Boardwalk Empire often seem little more than mannequins or models, intoning lines as an excuse to draw the viewer’s attention to a nifty bowler or feather boa. (Though, credit where credit is due, Paz de la Huerta did do her best to squeeze every last drop of drama from each piece of Prohibition-era lingerie she met on the show.) There’s never that sense of discomfort or competition between the actors and their clothes on Downton Abbey. For all we know, Dame Maggie Smith was born with an enormous feathered hat on her head. The characters are so effectively integrated with their costumes and sets—indeed, the house itself—that they’re never upstaged by that spectacle.

This is in large part because those characters provide plenty of spectacle of their own. From the aforementioned unrequited passion between Lady Mary (Michelle Dockery) and Matthew Crawley (Dan Stevens) that seems likely to stretch on into infinity, to Lady Sybil’s (Jessica Brown-Findlay) dalliance with Irish socialist, driver, and all-around handsome devil Branson (Allen Leech), this Abbey is chock-full of some of the soapiest, most delicious love stories this side of three p.m. This is because Downton Abbey is, well, a soap opera. And a remarkably good one at that.

Written with sterling wit and a flair for declaratives by award-winning screenwriter Julian Fellowes and glamorized by the aforementioned lavish mise-en-scène, it’s easy to imagine that Downton Abbey is some sort of sly critique of aristocracy, satire of the “new gilded age,” or brave examination of conscience and class. While elements of each might occasionally peek their heads from behind the curtains, Downton Abbey isn’t primarily any of those things. Indeed, if the show is a critique of early-20th-century aristocracy, it’s a moderate-to-conservative one at best. The series isn’t so interested in taking apart a class system as it is in seeing it administrated more humanely. This element of the series has drawn some ire over the past two seasons, but if Downton Abbey is a nostalgic conservative polemic about how things were better in olden times, it’s not a very strong one. In other words, the series, like the extraordinarily good soap opera that it is, is less concerned with pushing an agenda than it is with telling enrapturing, melodramatic stories.

But the second season, as it studiously avoids too harsh of a critique of either side, suffers a tad from its own neutrality. Despite a few jarring episodes, including a frankly absurd encounter with a disfigured pretender to the inheritance returned from the dead, Downton Abbey neither expands the world of the first season nor examines it any more closely than before. Instead, in every episode we’re invited to simply sit with and dwell on that world until something of interest—a war, an infidelity, a betrayal—pops up. In this way, the narrative pacing can make the series seem as though it was edited down from thousands of hours of documentary footage, most of which would be taken up with drinking tea and cleaning things. When a calendar year has been exhausted of its intrigue, we’re off to the next and so on. In other words, there’s much off-screen time and space.

This mundane sweep emphasizes and enacts the show’s main theme: stasis. The world changes, telephones and light bulbs creep in, but life at Downton is preoccupied with maintaining the old order. As viewers, we’re asked to sympathize with this task even though the modernity we inhabit would likely be loathsome to even our favorite characters. And while this static narrative can operate as a kind of challenge to the viewer, it’s also a challenge to the actors who are called on to evolve either imperceptibly or instantly and traumatically. Like a more romantic version of the psychotic compound of historical re-enactors in M. Night Shyamalan’s The Village, Downton Abbey can seem to depict an unnatural, cut-off preserve of a particular moment in time. (It wouldn’t necessarily shock me if the series ended by revealing that all the characters had died on the Titanic and were living out a purgatory like the characters on Lost.) Downton Abbey is content to have its characters bend, not break, to the social forces that radically reshaped the world in this period.

It will be interesting to see if, and for how long, Lord Grantham (Hugh Bonneville) can continue his policy of appeasement with modernity, but even with this sometimes frustrating resistance to confront the present head-on, Downton Abbey remains an extremely reliable television show. The appeal of the series is its pastness, its portrait of a completely foreign culture from a land before time. The show no more asks viewers to sign off on Lord Grantham’s living than The Sopranos asked us to sign off on the mafia. And, either way, it would be beside the point. Television needn’t be relevant to be moving, nor does it need to be progressive to be worth watching. We don’t need to turn off our powers of critique to watch Downton Abbey, but it’s awfully interesting and sometimes thrilling to watch a group of people from the turn of the last century discover they’ve got some powers of their own and determine whether, and how, to use them. 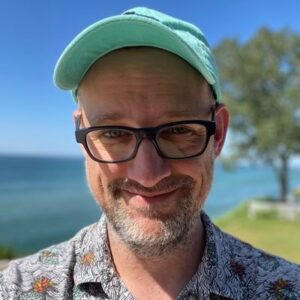