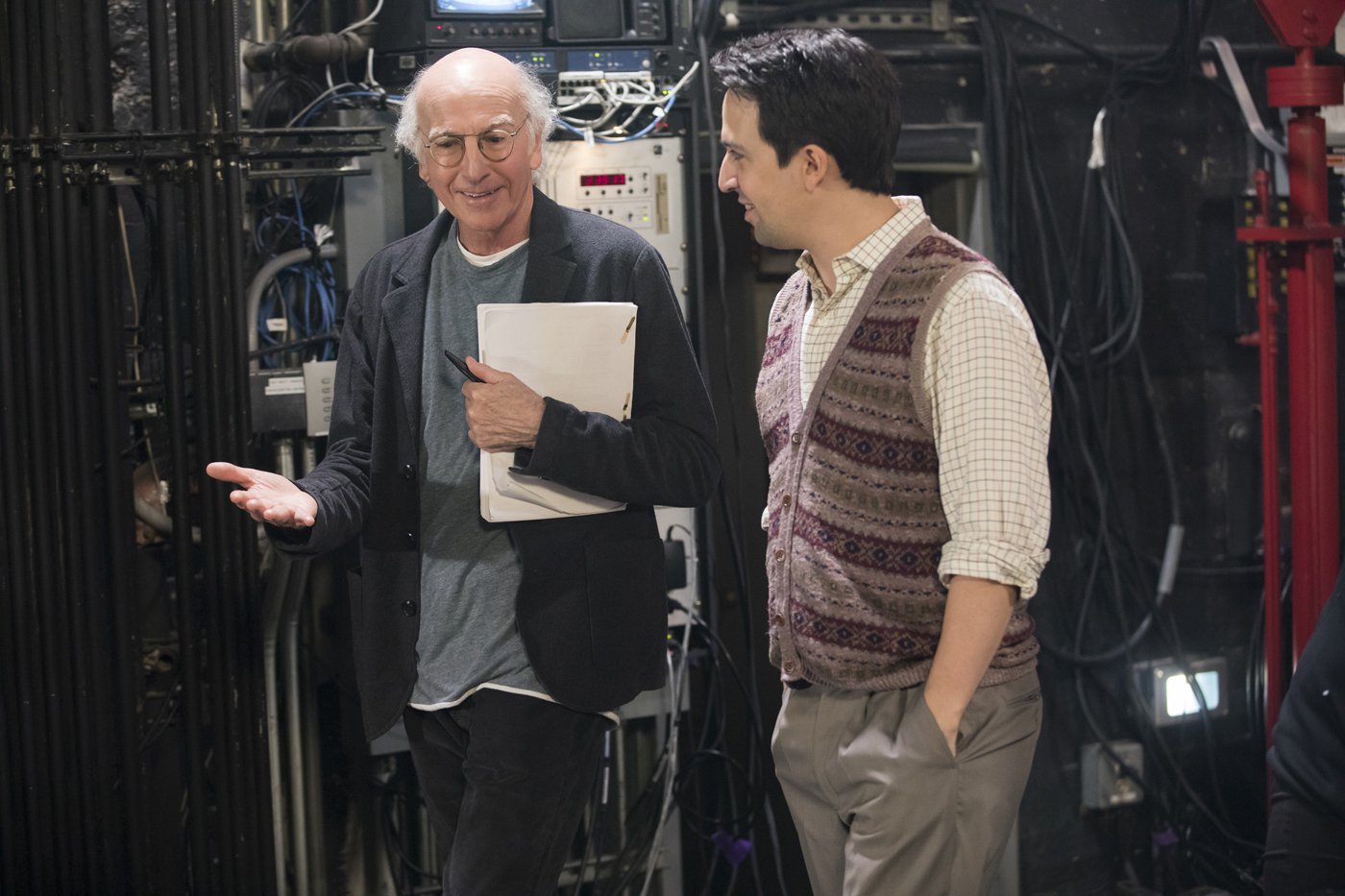 In the past, some season finales of Curb Your Enthusiasm have been kind to Larry David: They’ve seen him triumphantly salvaging a potentially disastrous restaurant opening (“The Grand Opening”) and saving a doomed musical (“Opening Night”). But even when Larry is in the right, when he deservedly wins a petty squabble or outwits an obnoxious celebrity, there’s a particular satisfaction in watching him reap the consequences of his own foot-in-mouthedness. And last night’s season-nine finale episode, “Fatwa!,” doesn’t cast Larry in a heroic light. Throughout, it indulges whole-heartedly in fiasco, and much to the detriment of Larry and everyone in his inner circle.

Fiascos, of course, don’t exist in a vacuum. There first requires a buildup of normal human error and mishaps that devolves into absurdity. In “Fatwa!,” the prelude to fiasco is a series of social miscues that snowball into resentment and anger, with two climactic events hanging in the balance: Fatwa! The Musical and Sammi’s (Ashly Holloway) wedding. The episode opens a week before Fatwa!’s first preview, and even though Lin-Manuel Miranda is slickly sidestepping Larry’s suggestions, Larry is thrilled about the show (it’s the second “most excited” he’s ever been, right after unhooking his first bra).

Things get rocky when Lin-Manuel asks Larry to host his cousin, Valentina (Tipper Newton), and her husband, Ernst (Flula Borg). Larry complies but is taken aback by the insincerity of Lin-Manuel’s thank you: “It was not commensurate with the gesture.” It’s an expression that comes up many times in “Fatwa!,” both in regard to tepid gratefulness and insufficient apologies. Curb is often interested in the minutia of human interaction, and the episode specifically dwells on the nature of sincerity. Larry takes issue with the entire Miranda clan, first for Lin-Manuel’s lack of gratitude, then for Valentina and Ernst’s swinging sexcapades: “You Mirandas, you don’t give proper thank you’s, you don’t give proper sorry’s, and you’re a bunch of sex perverts.”

Larry is right—you just don’t throw an orgy in another man’s home—but that doesn’t absolve him of his own social faux pas. For one, Larry commits the cardinal sin of double booking, planning a paintball getaway for his musical’s cast and crew on the same day as Sammi’s wedding. He also reneges on his promise to pay Cody (Nick Offerman) the company manager’s day rate, once he takes the FICA difference into account. It’s this offense that sends Lin-Manuel over the edge and causes him to challenge Larry to a paintball duel, bringing the episode full tilt toward disaster. Because of Larry’s ill-fitting pants (F. Murray Abraham’s “outfit tracking” is to blame), which slide down while he takes his 10 paces, he accidentally fires his gun, injuring Lin-Manuel with a mouthful of paint, thus preventing Fatwa! from getting off the ground.

As he and Lin-Manuel channel Hamilton and Burr on the paintball field, Larry loses track of the time. So he sends Marie Deschamps (Casey Wilson)—actor/stand-in/plus-size model extraordinaire—in his stead to deliver his speech at the wedding, angering Susie (Susie Essman). Marie’s speech aside, the ceremony is less of a disaster than one might have expected. The only other real hiccup is a distractingly buxom ASL signer. The punchline of this scene is emblematic of the season’s greatest failure: how half-baked ideas have been forced into episodes at the expense of better ones, such as the underutilized coupling of Ted Danson and Cheryl (Cheryl Hines).

When we next see our curmudgeonly hero, he’s dining with the Greenes, Marty (Bob Einstein), and Leon (J.B. Smoove), and the gang is bemoaning the end of Fatwa!—not so much because they pity Larry’s failed endeavor, but because they all lost money as investors. The season concludes as it began—with Larry slap-happily singing “Spoonful of Sugar” as he walks down the street. The bliss is soon cut short when “Fatwa!” acknowledges a throwaway line from Jeff earlier in the episode, that maybe the news of a canceled fatwa takes some time to become common knowledge. Sure enough, Larry is chased by a pursuer who didn’t hear the news. It’s a perfectly silly, pessimistic ending for a series that insists its protagonist will never learn his lesson.