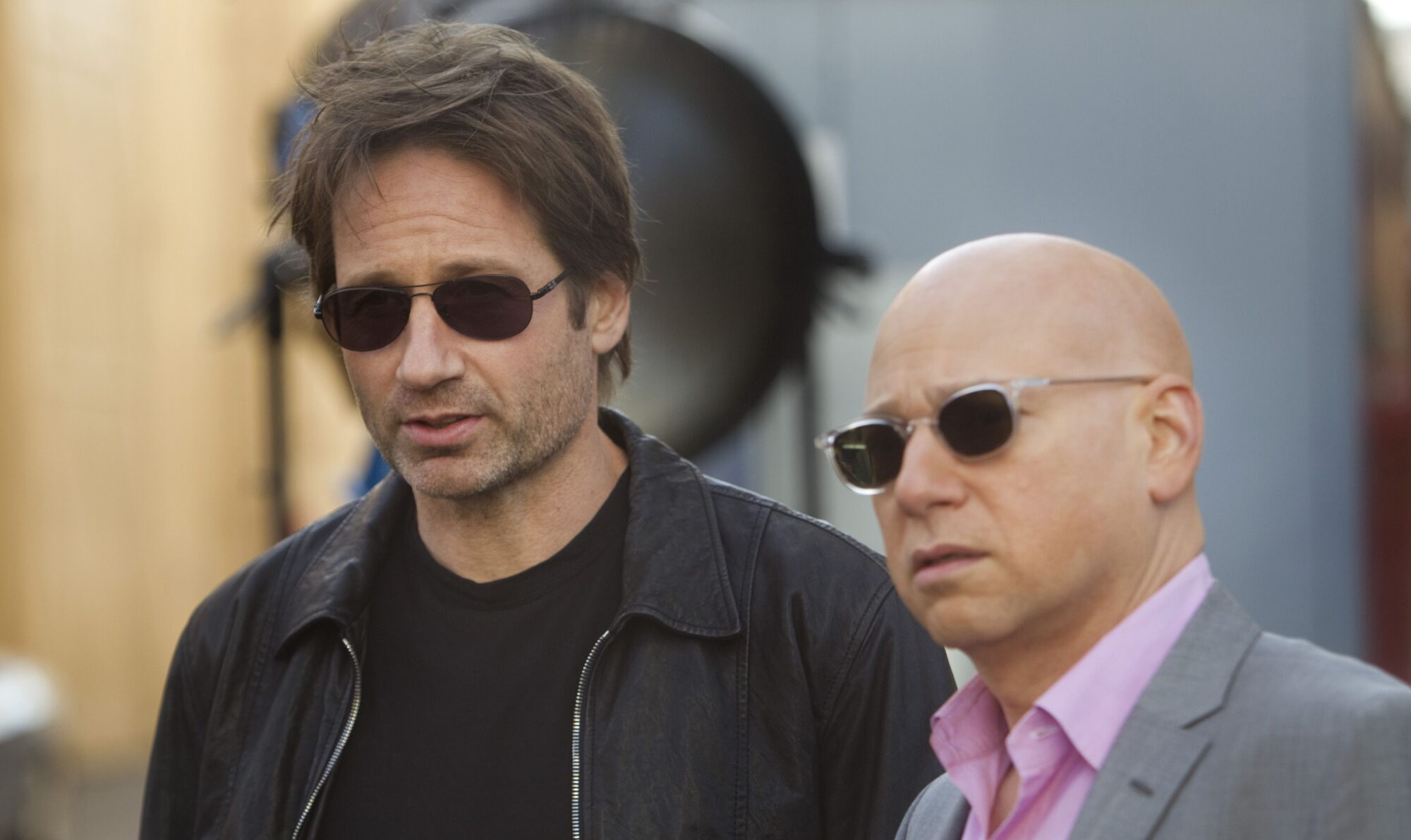 Californication has always been more surprising and satisfying when its characters are given premises sturdy enough to prop up an entire season, but flexible enough to feel like they’re being shaped organically by the characters’ choices. Clumsy plot turns and forced interactions turn the characters into puppets that resemble human beings, but who are capable of little more than hitting their marks and reciting a witty line or two. In season six, the puppet show is in full force and show creator and writer Tom Kapinos’s hands are quite visibly pulling the strings.

Surviving a botched murder/suicide attempt by an ex-girlfriend at the end of last season provides Hank Moody (David Duchovny) with the potentially breakthrough realization that his disposable treatment of the opposite sex carries permanent consequences. Hank’s subsequent overindulgence in alcohol and self-flagellation dutifully, if unimaginatively, conveys his guilt, but it offers few insights into the severity of his condition. What initially seems like a much-welcomed internal conflict in the first two episodes ultimately amounts to a mini arc employed solely as a device to get Hank into rehab where he can pair up with Faith (Maggie Grace), a rock n’ roll groupie, acclaimed muse, and catalyst for the rest of the season.

Grace struggled with her role as the over-emotional Shannon on Lost and overplayed her character’s youthful innocence in Taken, but she generally thrives here as a sexually and intellectually powerful young woman who suggests a wisdom gained from making a few too many mistakes. Admittedly, the role rarely requires much emotional range, and when Kapinos does call for tonal variety (particularly in the sloppy episode “Dead Rock Stars,” which finds Hank and Faith crashing a funeral while flipping through their emotional rolodex at breakneck speed), Grace comes up short. But for the better part of the season, she hits a sweet spot, performing with a quiet confidence that’s bewitching enough to make us forget we’ve known Grace’s function in the season’s overall scheme since the moment she referred to herself as a muse.

The rest of the season’s contrived storyline is a forced and inelegant string of events that tries to come across as serendipitous. Kapinos’s insistence on manipulating a long series of coincidences to connect all of his key characters to the Broadway musical adaptation of one of Hank’s novels prevents him from developing stories rich in character illumination. Early on, Hank repeatedly expresses his desire to write another novel, a prospect more exciting than his for-pay stabs at a stage musical or Beverly Hills Cop rip-off. Hank the novelist is much more intriguing, risky, and vulnerable than Hank the screenwriter, Hank the college professor, or Hank the celebrity biographer. But Kapinos’s mission to diversify the character’s career as an attempt to keep Californication fresh ignores the show’s strongest asset: Hank, just being himself.

Review: The Carrie Diaries: Season One