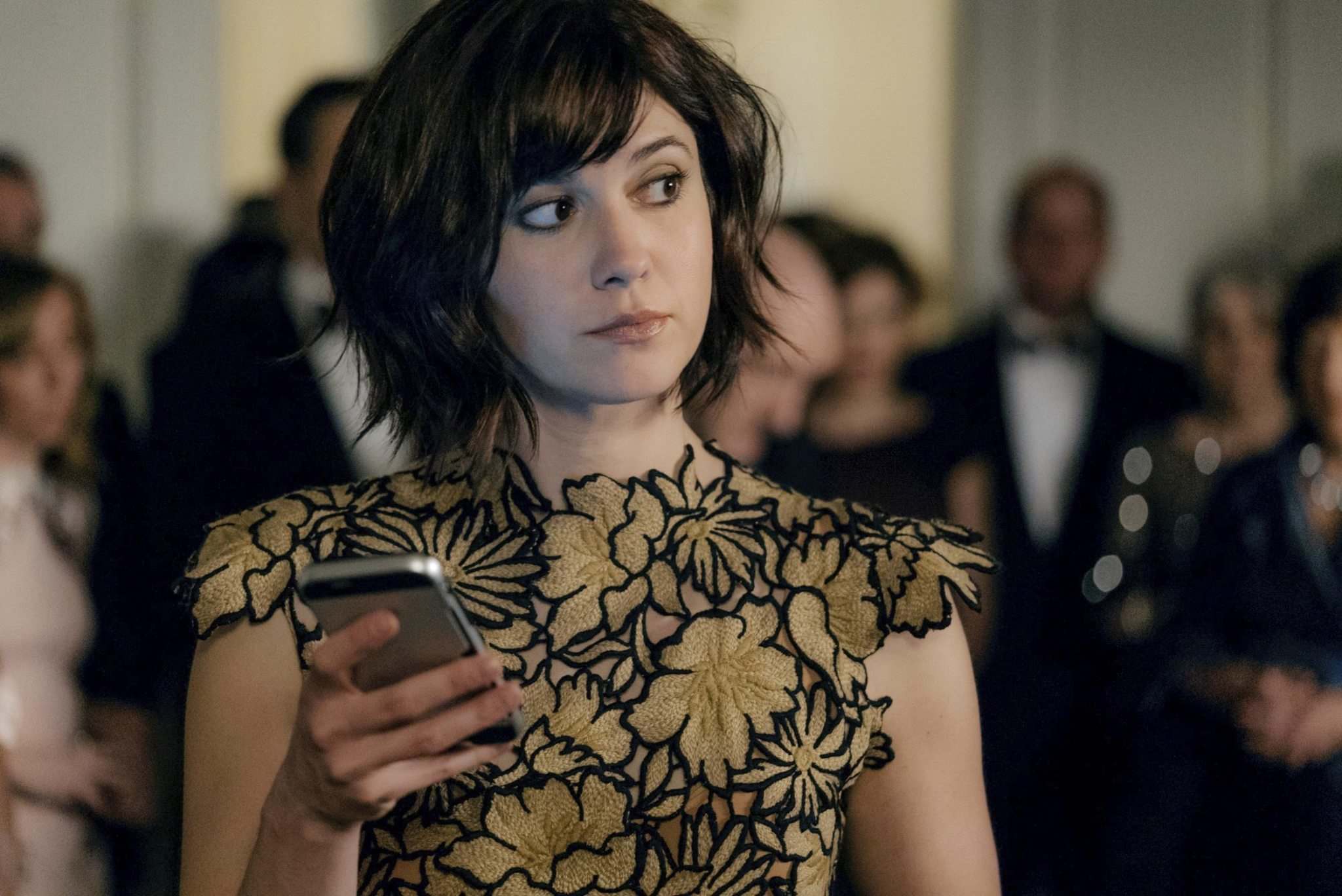 It says a lot about the current state of America that BrainDead, a series which posits that politicians are becoming more radicalized because extraterrestrial ants have been eating their brains, isn’t all that farfetched. Once we accept that Donald Trump might become president of the United States, as he is in the show’s near-future, there isn’t much room left for skepticism. Even though the autodidactic Gustav Triplett (Johnny Ray Gill) shows signs of extreme paranoia, carrying around an anti-NSA tinfoil baggie for cellphones, Laurel Healy (Mary Elizabeth Winstead) can’t help but take him seriously when he theorizes that heads are literally exploding on the Beltway because tiny ant farts are filling those crania with methane.

For all the weird science fiction going on in BrainDead’s vision of D.C., creators Robert King and Michelle King keep things grounded by focusing on the same behind-the-scenes minutiae that made their previous series, The Good Wife, tick. Instead of a wide array of lesser-known courts and legislative nuance, BrainDead follows the chaotic life of Winstead’s constituency caseworker, who must attempt to satisfy the eclectic desires of her senator brother’s constituents. There would be no point in criticizing or questioning the government—even through the allegory of a satirical thriller—if the series didn’t also represent the everyday people the U.S. is fighting for. In that, the Kings seem to be taking a lesson from The X-Files, which solidified its overarching conspiracy by focusing on its characters and monsters.

Character, not concept, drives BrainDead. The Kings have always stacked their deck with talented, scene-stealing stage actors, and that serves both the bombastic, egoistic orators of D.C. and the everyday eccentrics. Laurel’s brother, the Democratic Senator Luke Healy (Danny Pino), could’ve been little more than a one-note cipher, the jaded politician who’s more than willing to allow a government shutdown, so long as it hurts the Republicans. Instead, we see the impact it has on him, as he forces a smile after the Republicans steal the majority out from under him, as if he’s really happy to have a smaller office. Though the writers seem to view most actual senators as soulless, they use Luke’s home life to show that his affair with his aide, Scarlett Pierce (Paige Patterson), is less a symptom of political excess and entitlement and more the action of a panicked boy unable to connect with his pregnant wife.

All of the main characters are more than they initially appear. Gareth Ritter (Aaron Tzveit), first introduced as Red’s scheming chief of staff, isn’t just a charming sleazeball. His attempts to prevent the government shutdown in exchange for an earmark on autism funding are made out of a personal, familial stake, and when he asks Laurel to the “tax prom,” it’s not just because he’s trying to leak her misinformation, but because he genuinely wants to dance with her. Even the F.B.I. agent, Anthony Onofrio (Charlie Semine), investigating the exploding-head syndrome is given moments of spontaneous earnestness when the news of an unexpected visit from Laurel has him hastily, adorably attempting to freshen up before seeing her again.

The now non-human characters may have as-of-yet-unknown motives. Rival senators Red Wheatus (Tony Shaloub) and Ella Pollack (Jan Maxwell) both undergo immediate personality shifts after being possessed, the former changing from an ineffective lush into a wheatgrass-swilling warrior, just as the latter finally stops being passive as she challenges Senator Healy for his job as whip, asking, “Why must we always be the party of adults? I will never, ever compromise my ideals!” Because they’re never shown outside of the senate, these characters run the risk of being reduced only to their political usefulness, as is the case with the two indistinguishable senators that Red and Luke attempt to flip. As aliens, Red and Ella are both a more critical part of the plot and a way for the writers to criticize the zealotry on both sides of the aisle without directly having to call anyone out.

BrainDead owes a big debt to The West Wing, from the constant walk-and-talk shots to moments of pure slapstick, as when Laurel races around the Capitol trying to offer her brother a timed deal: “There’s no running, ma’am,” says one guard, before adding, “No fast walking either.” Government is slow, but the best way for the series to send that up is by being the opposite, and so each episode rockets by with minimal exposition, and flashbacks are presented as jarring jump cuts that show Laurel’s frantic stream of consciousness.

This is another technique that the Kings perfected while working on The Good Wife, but BrainDead’s comic sensibilities allow these transitions to be far wackier—closer in tone, though not appearance, to Pushing Daisies. The series isn’t afraid to treat death graphically, or to evoke primal senses of terror as the directors shift from wide shots of alien ant swarms to extreme close-ups of them militarily marching into a victim’s ear. Instead of simply recapping previous installments at the start of each new episode, the events are whimsically retold by way of songs that often break the fourth wall. Meanwhile, the Cars’s ‘80s hit “You Might Think” is employed to call out the various aliens, turning jaunty synth-pop into something ominous.

BrainDead represents a spark of creative energy on network television. The violent, brain-eating parasites make the series a literally savage satire, and one that’s an equal-opportunity head-exploder, killing off both feeble-minded Democrats and Republicans. It’s a bipartisan allegory about the need to celebrate individuality over mindless uniformity.

Review: The Tunnel: Season One