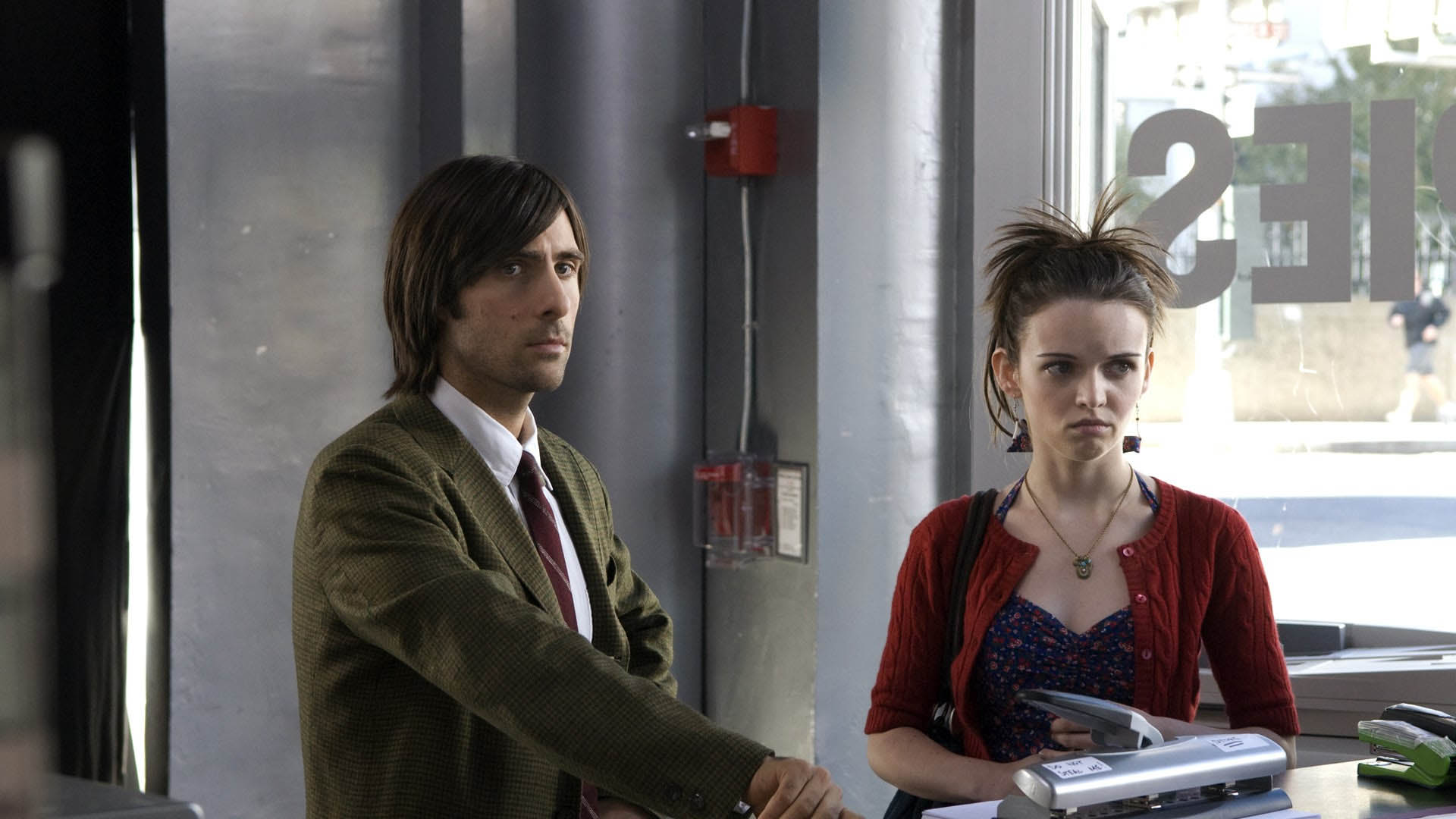 HBO’s new half-hour comedy Bored to Death isn’t a very good show unless you can’t get enough of the cast, in which case it’s more than good enough. The show coasts on the comic talents of Jason Schwartzman, Ted Danson, and Zach Galifianakis, which is a great thing that should’ve happened a long time ago. The bad news is that Bored to Death is ostensibly a slacker’s comic piss-take on noir, but it’s no such thing. I don’t have any particularly strong opinions about the work of creator Jonathan Ames; I’ve read some of his essays in passing, and he appears overly fixated on outré sexual shenanigans, which is his problem. As a scenarist, though, he’s clearly not so hot. (How in the world he wrote a novel-length homage to P.G. Wodehouse—who wrote some of the most rigorously structured farces in literary history—baffles me.) Ostensibly, the show’s “Jonathan Ames” (Schwartzman) is a novelist struggling to come up with his second novel and dealing with his girlfriend’s (Olivia Thirlby) exit from his life. To cope, he posts a Craigslist ad offering his services as an unlicensed private eye and proves surprisingly competent at retrieving stolen skateboards, figuring out if someone is cheating on their partner, etc. Even at the accurately banal level of private eye work, though, it’s slack and predictable. The best scenes are basically irrelevant to the plot; some episodes are only 20 minutes long and strain to fill out the plot regardless.

Ever since he broke out as Rushmore’s Max Fischer, I’ve had great love for the guy. It helped, of course, that even if I didn’t have prep school suits and regrettable braces, I did have some hideous glasses and super-awkward social skills (or lack thereof) when the movie dropped. I got it instantly. Schwartzman eventually re-emerged as a fine, greasy comedian, all long hair and stubble—a look, inexplicably, I’d morphed into. If he’s no longer my wishful-thinking doppelganger (which makes me sad), he’s only become sharper as a comic specializing in a weird mix of awkwardness and inexplicable complacency. The prototypical Schwartzman character operates at a perpendicular angle to how everyone else perceives him, only able to communicate competently with people on the same weird wavelength. Think of I Heart Huckabees’ Albert Markovski, lecturing people about poetry and environmentalism with a deluded fervor going absolutely nowhere, or his unique Louis XVI in Marie Antoinette, the man-boy negotiating the gap between his post of power and childish instincts. The moment when he scores a billiards shot and does a micro-jump that’s all in a bend of the knees is priceless, expressing enthusiasm while trying to stay within the limits of social decorum and just coming off inexplicably eccentric.

You can see Schwartzman growing into his role as the series goes on (I was able to preview the first six episodes). In the pilot, he’s just doing his Schwartzman thing, which is hilarious but kind of generic. What he emerges as, eventually, is an oddly calm rich guy, someone who’s kind of a twit in a way that makes him perfectly at home in the trappings of the good life that can come when you know some really rich editorial types. He’s a Brooklyn ersatz-boho, equally at home pounding down coffee at his neighborhood coffee shop and swilling overpriced martinis in hotel lobbies. By his blazer you shall know him: The independent man of semi-wealth just insulated enough to be able to act like a 19-year-old with a 30-year-old’s bank account. He’s kind of an idiot (in ways I suspect Ames didn’t write in), but Schwartzman makes him a sympathetic one.

Then there’s Ted Danson. His character name—George Christopher, the twinned first names signifying ingrained privilege—gives the game away. Even on a basically stupid show like Becker, I’ve always thought Danson was pretty funny; he’s rude and huge. (As one of my roommates noted, looking like a weird, huge guy will do strange things to your personality.) This is the part he’s been waiting for his whole life, and he runs with it. Fabulously wealthy and completely oblivious to the realities of life outside his bubble (“What’s a Subaru?” he asks at one point), he’s also voraciously self-destructive in the drugs/alcohol department and childishly delighted by anything yanking him outside his bubble. It’s a combination of sexual voraciousness, monied arrogance and id-driven binging; Danson nails it. As Schwartzman’s cartoonist buddy, Zach Galifianakis scores, playing it straight and avoiding his usual comedy-of-awkwardness bullshit. He’s still my least favorite of the trio, but he’s no detraction to this show.

Outside of the merits of the cast, Bored to Death does have some other virtues. It’s a good New York show—sometimes they show you precisely which subway routes people are taking on the map—and it’s willing to go all over the place. The best episode out of the first six finds Schwartzman getting stupidly mixed up with the Russian mafia in Brighton Beach; anyone who’s spent a day down there will instantly recognize the seedy types and overpriced restaurants of the area. The show’s approach to money is casual and unapologetic, which I appreciate. It’s a time capsule of whenever it was conceived, when publishing still seemed like a way to make money; there’s one episode where declining ad revenue is kind of a plot point, but that’s the only indication of reality puncturing the bubble. Comparisons to Woody Allen have been overly broad—neurotic Jews in privileged NYC does not automatically invite comparisons to Manhattan—but the same free-floating sense that nothing could ever go truly wrong persists. The show deserves to go on, hopefully (please?) with less involvement from Ames and much more care taken to give the central trio more ballast and context.