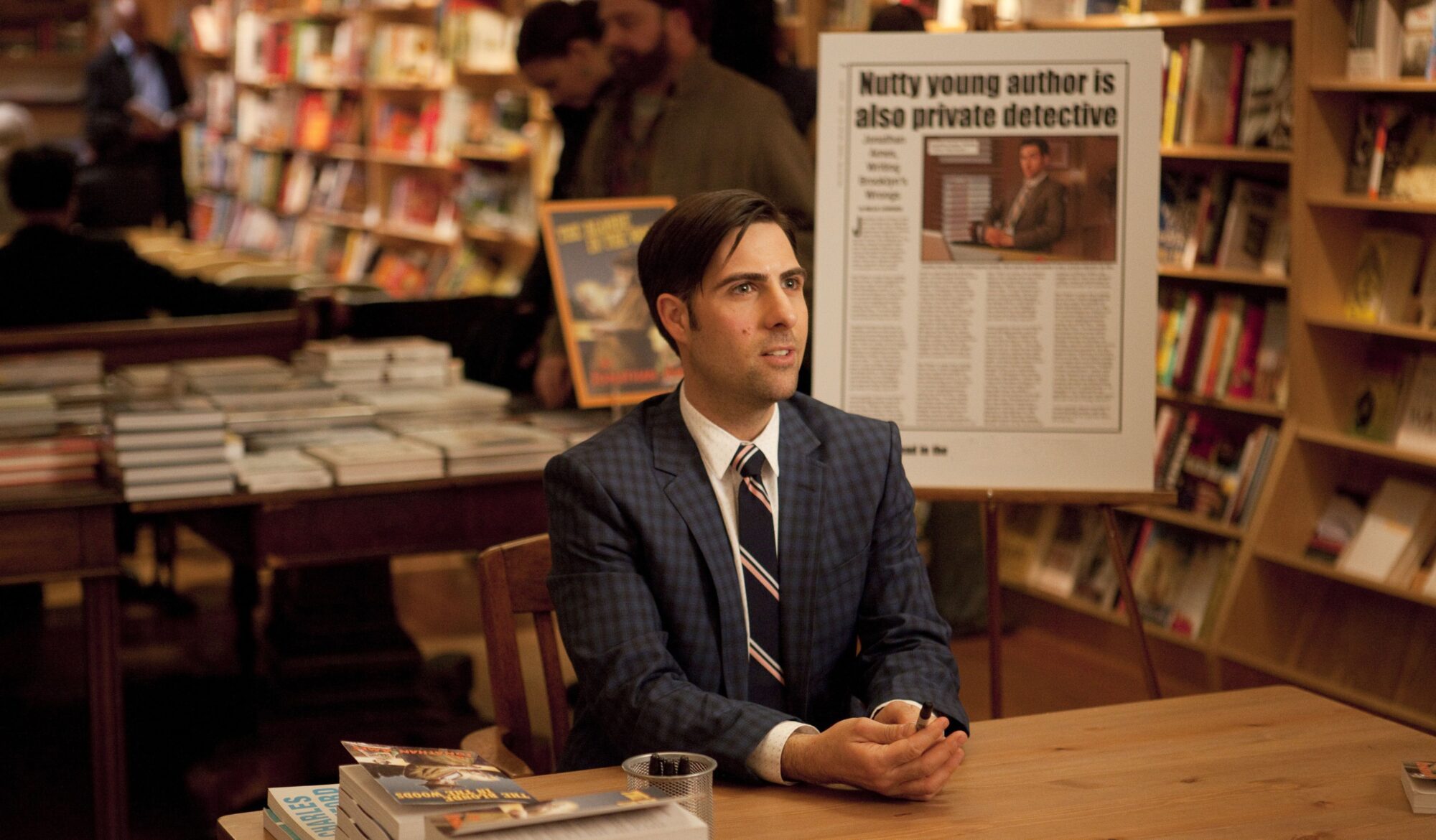 Filmed largely in Brooklyn and featuring white Brooklynites doing stereotypically white, Brooklyn-y things (intellectually sparring with Dick Cavett, raising a baby with two lesbians, and opening a new local-artisanal restaurant—all in the third season alone), Bored to Death is the sort of series that holds up a mirror to an audience predispositioned to both like and understand its jokes (the moment when Jason Schwartzman almost falls into the Gowanus Canal immediately comes to mind). It’s a relief, then, that the show’s creator, Jonathan Ames—also, tellingly, the name of Schwartzman’s main character, a perpetually failed novelist who starts a side job as a private investigator that overtakes his life—never succumbs to the same pathological self-involvement of a writer like Noah Baumbach. That’s because Bored to Death, unlike Margot at the Wedding, is just fucking funny: The characters are caricatures of their dope-smoking, wine-swilling, Gore Vidal-quoting selves, falling into ever-more absurd scenarios and playing a kind of intellectual high-wire act that allows us to laugh along with the antics, but also, importantly, observe them from a safe remove.

They’re also, it should be noted, some of the most oddly sympathetic characters on cable TV right now, at a time when “oddly sympathetic” has become industry marketing claptrap. (It helps that they’re played by some of the most lovable actors working today.) At the start of the new season, when Ray (Zach Galifianakis) is asked whether he has a job, he responds, “Dear God, no, nothing like that.” And yet we know he cares: He wants so badly to be a father to his son, born to a lesbian couple who used his sperm, but of course he screws that up too, in a scene that involves whiskey and a marijuana pipe and finger paint and a stolen baby that I would never want to spoil for anyone. He likes being around Jonathan because it makes him “feel needed,” and we suspect George (Ted Danson), Jonathan’s wealthy mentor, uses Jonathan for much the same purpose. George is an aging editor and man about town who’s looking for more excitement of his own, either by smoking Jonathan’s ample pot supply or, more recently, inviting him and Ray over for a booze-soaked sleepover. These are good people with bad habits and very pretentious tastes who get themselves into very sticky situations. They love each other and we love them, no matter how much they fuck up.

And they never stop fucking up. In the third season, Jonathan publishes a book of detective stories, A Blonde in the Woods, that he’s too sheepish to promote. To distract himself, he takes an investigative job over the phone that leads him into a potentially fatal murder framing. In a subplot that mirrors Ray’s, he also learns that his father isn’t his real father, sending him on a hunt for a sperm-donor dad that has, we suspect, only moderate chances of success. It’s a bittersweet journey: His deepest wish, he always told himself, was that he wouldn’t end up like his father (yuk, yuk), but now he has to find out who the man really is. What a drag. Luckily, George has Prosecco.

Doctor Who Recap: Season 6, Episode 13, “The Wedding of River Song”