The fourth episode of Big Love’s second season, “Rock and a Hard Place,” written by Mimi Friedman and Jeanette Collins and directed by Adam Davidson, was kind of clumsy in a lot of ways. It reduced most of the show’s villains to malevolent stereotypes, hell-bent on giving the Henrickson family a hard time. Most of the subtext that makes the show so entertaining was thrown out the window. And things that should have been built up more resonantly or build to more logically were just blown by, including major plot points that have been big parts of the season so far.

But, in some ways, that didn’t matter. This was something of a head-spinning episode where story points blew by at a dizzying rate. So much stuff happened that the episode almost felt like a season finale, instead of the one that marked the one-third point of the season. Newly confident in their storytelling abilities, the Big Love writers seemed intent on shutting off as many go-nowhere storylines as they could and advancing a few of the others that hold more potential (mostly focusing on the wives and teens, though Bill’s flirtation with gambling machine manufacturers continues to be prominent). While the episode’s flaws stood out in the moment of watching the show, the after-effect of having all of that story rush by was that of making the viewer sit back and simply feel surprised by how densely plotted the thing was. HBO shows are not known for their thrill-a-minute pacing (not even Big Love is, really), so it almost felt for a moment as if the show had made the leap to FX or something.

The bad stuff mostly had to do with Juniper Creek and the UEB. While this storyline had its moments, as during Nicki’s (Chloë Sevigny) heartfelt falling out with her mother (Mary Kay Place), it mostly allowed the UEB gang to play as a bunch of nuance-less thugs (two police officers from the compound spit in the salad Nicki and the other wives were preparing—I mean, REALLY?), right down to the continuing strained kookiness of Albie (Matt Ross), who showed up to cryptically warn his niece Sarah (Amanda Seyfried) while she was out on a date with her much older boyfriend and then… sniff a lock of her hair. The less believable and interesting the Juniper Creek characters are as people—in other words, the more the writers make them cardboard cutouts of googly-eyed evil—the less we buy them as true figures of menace. Sure, they’ll spit in your salad, but when the Henricksons are so much more sympathetically and smartly drawn characters, we’re always going to assume they’ll have the necessary smarts to overcome anything the UEB can throw at them.

The show’s storylines in regards to Rhonda (Daveigh Chase) are not as troublesome in this manner, even though Rhonda is often an underwritten character. Still, she’s a teenager thrust into the position of counting down the days to when she can marry prophet Roman Grant (Harry Dean Stanton). Therefore, we come to her from an inherent point of sympathy and empathy. Some of the things she does may seem unbelievably despicable, but because of her situation, we go along with it. “Well, we all acted out when we were teenagers,” we might be tempted to say. “Imagine how she feels!”

Much of the best stuff in this episode focuses on Rhonda’s attempts to run away from the Juniper Creek compound and simply begin a new life as a member of the Henrickson family. Some might read this as her attempt to snare Bill at some point down the line or her attempts to pit Bill against Roman, but Rhonda simply seems to be torn between the idea of what’s best for her and what’s best for her creed (a common theme of the series). Finally, definitively, it seems, she’s broken with the creed and struck out for herself. But attaining the life she lusts after in the suburban Henrickson compound isn’t as easy as just showing up. Roman wants her back (and, indeed, blames the Henricksons for kidnapping her), and Bill (Bill Paxton) and the wives can’t find anyone to take her. At the end of the episode, Rhonda slips into a Hard Rock Café jacket and flips on Elton John’s “Tiny Dancer,” setting out for suburbia unknown. If all of the teenagers on the show are getting a crash course in the real world, Rhonda’s is the crash-iest.

Meanwhile, Margene (Ginnifer Goodwin) tries to win back the affections of her neighbor and continues to portray herself as the cool mom in front of eldest Henrickson son, Ben (Douglas Smith), and his girlfriend. We haven’t gotten a whole lot of indication about what Margie had to leave behind when she chose to join the Henrickson family (like we have with her two sister wives), but this episode gave us our biggest series of clues yet, when she admitted that she still smoked from time to time and used to drink (and might again once her pregnancy had come to term). Though she genuinely loves Bill and her two sister-wives, Margie often seems lackadaisical in following the Henrickson belief system. The recent episodes have served as a reminder that what she had to leave behind was her youth and all of the stupidity and immaturity that comes with that. In another world, she might be Sarah’s RA when Sarah went off to college. Instead, she’s a slightly bored housewife who is forced to cobble together lies about her newest pregnancy that offend the neighbors.

Enough happened in this episode that it was rarely, if ever, boring (a particular highlight that didn’t have a lot to do with the plot was Heather (Tina Majorino) bemoaning the unethical treatment of chickens, using a bun that she dropped on the floor at the fast food restaurant she works at and chastising Sarah’s sort-of boyfriend for his “liberal, Democrat” values), but just as many plotlines got dismissed. Most thankfully, the story of Bill’s brother Joey (Shawn Doyle) and his wife Wanda’s (Melora Walters) poisoning of Albie. The storyline has always been needlessly convoluted, but its resolution was surprisingly effective, mostly because it was wrapped up as a case where the DA was on the right track, but couldn’t get a hold of the evidence he needed, mostly because Nicki’s mom was tearfully destroying it, immediately after she disowned and denounced her daughter in front of many of the other Henricksons. Mary Kay Place is a terrific actor who hasn’t gotten a lot to do on this show, and the kind of nuance that she was handed in the last scene is the sort of thing that would make the Juniper Creek gang more menacing in the long run. Sure, Harry Dean Stanton plays stately danger well, but giving him more than one note to hit wouldn’t hurt the show at all.

I’m not sure that ramping up the speed to a breakneck pace on every episode of Big Love is the answer to making the show’s ills easier to forgive (just look at how disastrous burning through that much story has proven to be on soaps as divergent as The O.C. and Grey’s Anatomy), but having the occasional episode turn into the equivalent of a plot-heavy page-turner may not be the worst idea in the world. By putting meatier, more character-heavy episodes in between these heavily plotted ones, Big Love may finally have its cake and eat it too. 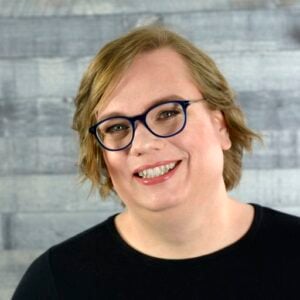