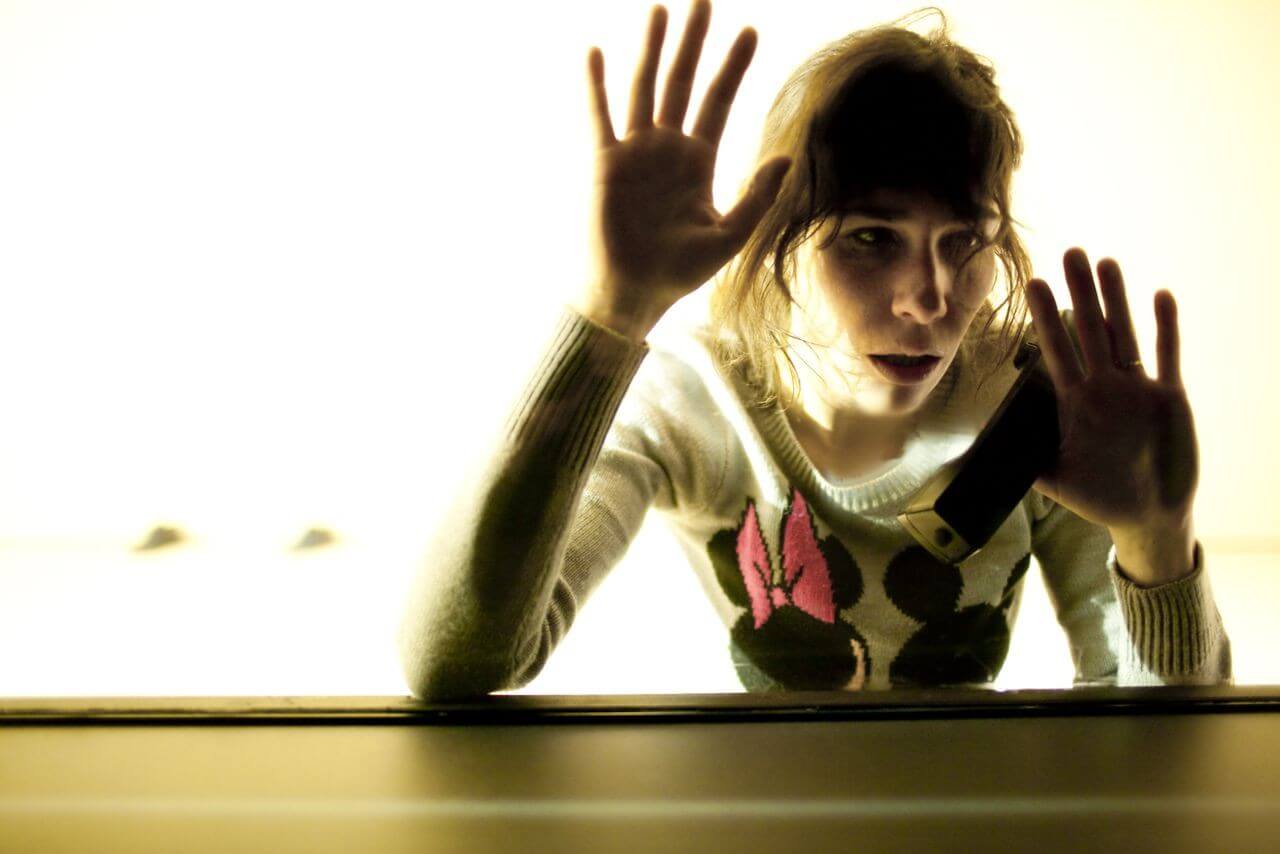 ‘Tis the season for surreal culture shock. First it was the fried balls. Forget popcorn and potato chips; from bitterballen to oliebollen, unless it’s round and fried, it ain’t a snack here in Holland. Then it was Sinterklaas—or, more precisely, his helper Zwarte Piet (best explained by David Sedaris in an essay for Esquire a few years back). Suffice to say, the sight of towheaded tots trotting down the street in blackface can make even a seen-it-all New Yorker like me gawk. And now: Toneelgroep Amsterdam’s production of Jean Cocteau’s La Voix Humaine, a French play performed in Dutch with English surtitles projected perfectly center-stage above the action. (Interestingly, five days before I attended the show at the spectacular, castle-like Stadsschouwburg, Spike Lee held a discussion/book promotion at the theater. Alas, I heard he didn’t have much to say about Zwarte Piet.)

But I have quite a bit to say about La Voix Humaine, a one-woman show starring the luminous Halina Reijn (who also stars in the company’s Children of the Sun as the invalid Lisa) as an alternately determined and desperate mistress who is trying to break up once and for all with her lover over the phone. While Michael Shannon and his headset may have New York audiences in stitches in Mistakes Were Made, Ms. Reijn and her regular old receiver (or “terrible weapon” as she refers to it at one point) drag Amsterdam theatergoers through a nonstop, emotional tight-wire act for nearly an hour.

Directed with chutzpah by Toneelgroep Amsterdam’s artistic head, Ivo van Hove, fast becoming one of my favorite theater directors, this minimalist production lives or dies on one actress and one master writer’s words written eight decades ago. Van Hove’s exquisite bare staging stays completely out of the way of the play, never allowing for any material objects to be used as safety nets to fall into. He grants his actress, who wears sweatpants and a long-sleeved shirt (with Mickey and Minnie Mouse, their backs to us, embroidered on it), only a phone, and at times a cigarette and a sweater, to hold onto as she falls apart at the seams.

What van Hove does instead is existentially place Ms. Reijn in what amounts to an empty box, giving us a literal window onto another world. She performs her actions behind a glass wall (that opens and becomes a sliding door onto an invisible terrace), allowing the audience the voyeuristic, often uncomfortable, feeling of watching a live version of reality programming unfold on a giant television or computer screen. (Lars von Trier surely would approve.) Yet this modern-day goldfish bowl contains a character that chats on an antiquated party line. As constant interruptions come from unseen and unheard others tapping into the same local loop (a precursor to our own frustrating battles with sporadic cell service and dropped calls), the lines between past, present, and future begin to blur. The character’s “human voice” even in this era of mass communication—where we’re both connected and disconnected at the same time—remains unchanged.

Toward the end of this powerful production, as interruptions increase and the evocative and soothing score that serves as a breather to the brutal proceedings is suddenly and jarringly mixed with Beyoncé’s “Single Ladies (Put a Ring On It),” the character’s inner chaos becomes aurally and viscerally apparent. And then there’s the ending itself (which jolted me as much as that final shot of Certified Copy), which gives “50 Ways to Leave Your Lover” a gravitas well suited to our poignant pop culture age.

La Voix Humaine is now playing at the Stadsschouwburg of Amsterdam.

What’s That Smell?: A Small Fire and Dracula