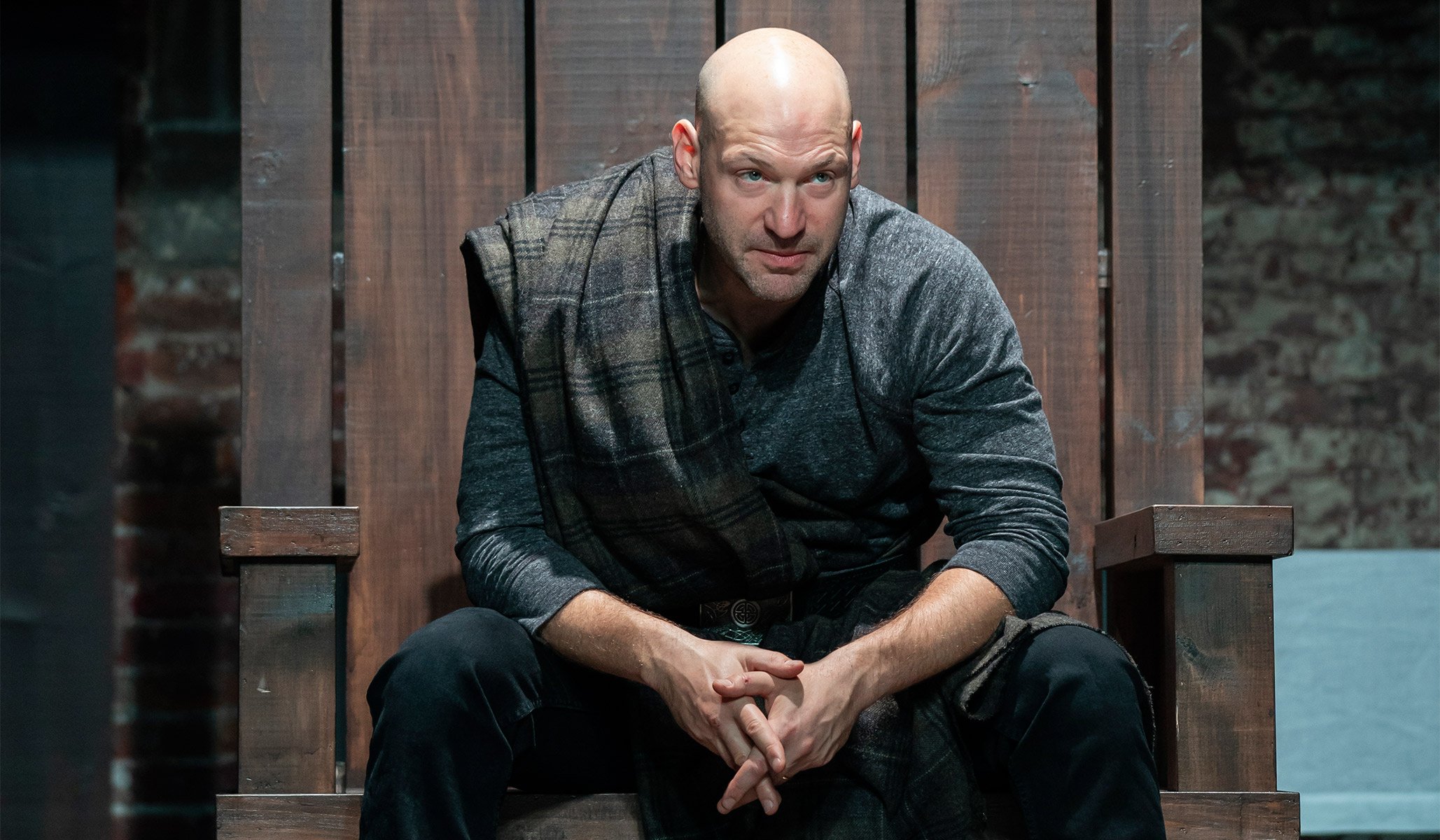 William Shakespeare’s Macbeth is a play that can be quite powerful when done at a fast pace. There’s a breathlessness, an off-the-rails feeling, to Macbeth’s descent into hell that’s well suited to brisk direction. Still, in a new production at the Classic Stage Company in Manhattan, director John Doyle may have pushed the pace too far.

On an almost bare stage, the scenes bleed into each other with little sense that the setting or situation has changed. The bodies of characters murdered in one scene remain on stage for the next, lying around while a new scenario develops. This can be effective, even elegant, but it’s often incoherent, particularly if you haven’t looked at the play in a while—and you may want to, as there’s no paper program for the show and the digital one doesn’t include a synopsis.

If the high speed of this production, while frustrating, is at least apt, it’s harder to get on board with what Doyle has done with the weird sisters. Instead of three witches, we get a whole squad of them, often speaking in off-putting unison, and always in solemn tones. Neither mischievous nor sinister, as may be expected, they’re like a troop of dreary druids.

We also don’t get to hear enough of the weird sisters’ language, and we don’t get to experience the creepy sound of their short lines (“He shall live a man forbid”) against Shakespeare’s pentameters, because the extraordinary opening of the third scene from act one—the tale of one weird sister’s revenge against a sailor’s insolent wife—has been cut. Indeed, if you look forward to the witchy opening scenes of Macbeth, to discovering how the director has chosen to represent these legendary literary figures, you’ll likely be disappointed.

Macbeth (Corey Stoll) isn’t only a great warrior, but also a man with a wild imagination. He conveys, for instance, the idea that everyone is going to find out about it when he murders King Duncan (Mary Beth Peil) by evoking a bizarre image of a tattling baby, riding the wind. It’s in these moments that Stoll’s performance comes alive: In the dagger speech, he gives the impression of someone who really cannot tell, so vexed is his mind, what is real and what is fantasy, not just someone deciding whether to go through with an evil deed.

In the “sleep no more” exchange with Lady Macbeth (Nadia Bowers), there’s an urgency to Macbeth’s words that goes beyond existential dread, as though he got a supernatural warning about an emergency and wants desperately to tell his wife about it, except she won’t listen. But while Stoll possesses the stature necessary to get across Macbeth’s warrior dimension, the actor’s take on the character is more invested in the excesses of his mind. In the final soliloquy, with its “tomorrow and tomorrow and tomorrow,” Stoll slows down his delivery and lowers his voice to an incredible degree. What should be an incredible moment is, instead, rather awkward, as you may wonder if something went wrong with the sound.

Among the highlights of the show are the costumes by Ann Hould-Ward: Every actor sports a green or tartan cloth, like a blanket, that they wear in different ways in different scenes. Sometimes they look like togas, sometimes chic scarves—like druids’ cloaks, or those of thieves. That small changes to the folds or draping of a cloth can convey such drastic alterations compounds the play’s eerie impression that people aren’t who they seem and that character, in every sense, can change in an instant. It’s perhaps a little ridiculous how Macduff (Barzin Akhavan) wears his clothes in a sad, un-thane-like pretzel, and that, for a stretch in act four, we get to watch Malcolm (Raffi Barsoumian) folding laundry, but for the most part the costumes are effectively employed throughout. (It is, incidentally, a small piece of white cloth that gives the show a moment of real horror when Macbeth dashes it on the floor.)

Two of Doyle’s tableaus are liable to stay with you long after the curtain has come down on the show: The first is the unnamed wounded soldier (also played by Akhavan), that “bloody man,” lying prostrate before the king, straining through his pain to report on the battle and Macbeth’s valiant deeds. His blanket over him like a shroud or a covering for a fallen fighter, Akhavan delivers this production’s finest speech, allowing us to vividly grasp the feeling of the weary, desperate armies, like “two spent swimmers,” each unable to take the upper hand.

And the second sees Macbeth on a huge wooden throne, flanked by the murderers he hires to kill Banquo (Erik Lochtefeld), his friend and brother-in-arms. Here, in a production that rushes through nearly everything, the actors linger in a terrible stillness, with Solomon Weisbard’s lighting shifting until the image takes on the quality of a disturbing old painting. There may not be enough memorable moments in this Macbeth, but the few we get do stick deep.

Macbeth is now playing at the Classic Stage Company.

Review: Broadbend, Arkansas and Soft Power Are a Mixed Bag of One-Acts