It’s not hard to see the motivation for turning Big Fish, the 2003 film by Tim Burton (based on the 1998 novel by Daniel Wallace) into a Broadway musical. Its story, of a grown son who learns to appreciate the fantastic and adventurous tales with which his dying father peppered his childhood, offers the intimacy of an American family story with the spectacle of a Disney mega-musical. The fluid combination of the two is therefore the measure of the show’s success, and bookwriter John August, who wrote the film’s screenplay, has difficulty managing them deftly. It’s a credit to the original story that the musical still manages to be emotionally stirring, even though the production now playing at the Neil Simon Theatre looks and feels a bit like an elephant with a parakeet’s head.

Norbert Leo Butz plays Ed Bloom, the titular “big fish” in his small Alabama town who grew up to travel the world and have a series of adventures before marrying a girl named Sandra and raising a boy named Will. Whether those “adventures” featured giants, mermaids, and witches or quotidian compromises, failed fidelities, and the unexceptional death of a salesman (Ed’s adult profession) is precisely what Will is trying to figure out before his father dies of cancer. The show moves back and forth between the present-day world of the family and Ed’s romantic stories as remembered by Will.

Butz is given the Olympian task of playing Ed at all ages. When his character is a young, overconfident charmer, the actor is in his element, delivering an innocent-faced quarterback with a heart of bronze. But Butz’s energy bursts through the seams of Ed as an old man, so that the actor can only gesture at the sedimented bitterness that comes with such experience. It doesn’t help that Andrew Lippa’s music is often slightly below Butz’s range, leaving him literally straining for his part.

Bobby Steggert plays Will as tightly wired and mildly desperate, a pragmatist working overtime to repress his faith in magic. He and Krystal Joy Brown, who plays his young wife, must navigate the mundane, forced dialogue of the present-day plotline, in which Will’s anxiety and sense of betrayal are represented through clunking exposition: “When am I going to know who my real father is?!” Compared to the splashy fairy tale sequences, Will’s storyline can feel like an excuse to change scenes. Thankfully, Steggert is given one of the loveliest ballads, “Stranger,” and his delivery shows he’s ready for a leading role.

As Sandra, Will’s mother and the last of the play’s central foursome, Kate Baldwin has it the easiest. Essentially reprising the noble but tender matron she played in last year’s Giant at the Public (in which Steggert also starred), Baldwin effortlessly occupies the musical’s steady heart. As though in gratitude, Lippa gives her one of the more complexly moving ballads, a paean to Sandra’s marriage called “I Don’t Need a Roof.”

From the show’s opening moments, though, when a mermaid appears with a giant splash, it’s clear that director-choreographer Susan Stroman sees Ed’s elaborate stories as Big Fish’s main commercial draw. Thanks in part to William Ivey Long’s wide-ranging costumes and to Julian Crouch’s expansive sets, which multiply almost beyond belief yet never draw undue attention to themselves, these scenes are reluctantly infectious. Spotlighted by performances at once delightful (Brad Oscar, one of our great underappreciated clowns) and disarming (Ryan Andes as the giant and Kirsten Scott as Ed’s high school flame), they’re often overeager, but never completely disappointing. Lippa’s music is unsurprising but effective, and he does better at transitioning between the musical’s two modes than August’s book.

Much like the character of Edward Bloom, Big Fish tries too hard to convince us that it’s special. And yet, like Bloom, it gets us in the end. Perhaps because we’ve been living with a company of live actors for two and half hours, the final sequence in which the fantastic and the domestic worlds collide is even more affecting than in the film. A story that seems about heroism and egoism becomes, finally, a story about measuring a life, inevitably more charming for its imperfections.

Big Fish is now playing at the Neil Simon Theatre. 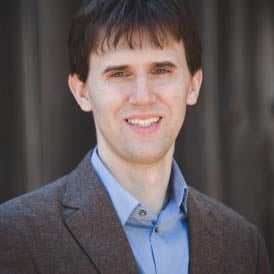 Review: The Glass Menagerie at the Booth Theatre