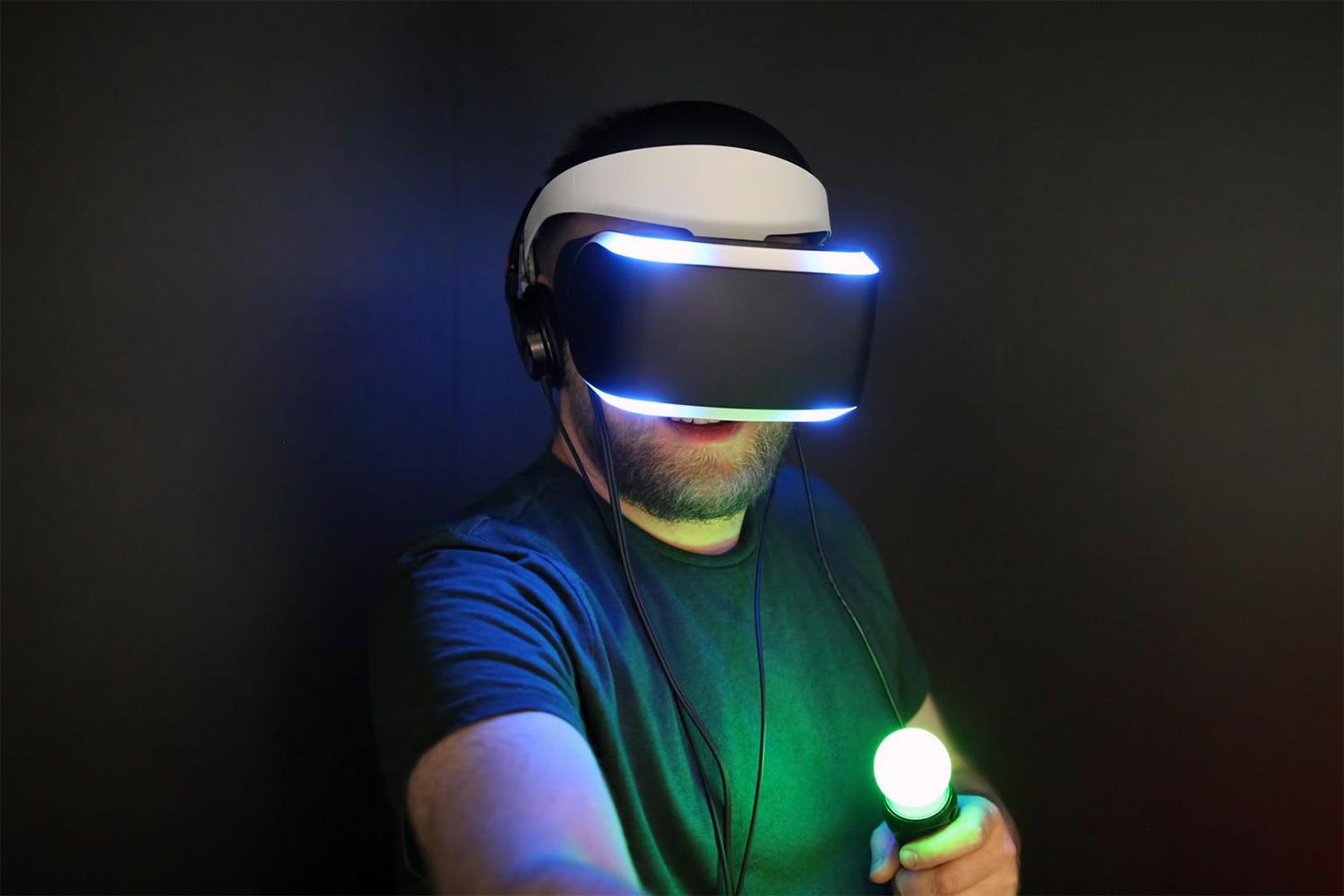 This past Thursday, PlayStation invited a few dozen journalists out to New York City to check out their lineup for the holiday season and beyond. Usually at an event like this, the first thing you see is the biggest, baddest FPS that a company has to offer, so it speaks volumes about Sony’s mindset right now that the very first thing members of the press saw when walking into the room was a giant home-theater setup for Journey. Not just normal Journey, but their fancy, 60fps PS4 re-release of the game. Even in a time when graphics cease to have the import of previous generations, there’s nothing that could prepare even that game’s veterans for the sense of awe roused by the detail that’s been given to what was already a beautiful, painterly experience. What once felt simply abstractly drawn onto the screen, now feels more like a vast, detailed, living fantastical world, of swirling sandstorms, glimmering mirages, and a Wanderer who seems entirely hewn out of silk. The game’s setup felt right at home next to a screen showing off the equally impressive upcoming PS4 port of The Unfinished Swan, which was less graphically impressive due to its minimalist style, but nonetheless enthralling to pick up and play.

Beyond those two displays was the demo for LittleBigPlanet 3, showing off an ambition of a different sort. While the demo on hand didn’t give much more in the way of story than what we’ve already seen (meaning no tales of delightful Brit-com interplay between Stephen Fry’s Narrator and Hugh Laurie’s recently announced bulb-headed villain were to be had), it did give a good sample of the gameplay and Sony’s mad intentions for the game’s trademark player-made content. The previous titles’ three layers of level design, allowing players to move in and out of the foreground, have been expanded to 16, making the game almost a full 3D title at this point, and the ready-made levels definitely take advantage of the added space, with wild transitions between areas the PS3 couldn’t dream of. The new characters are also a joy, with Oddsock, a bouncy little Sackdog, whose stage is full of ramps and zero gravity speed-running not unlike a next-gen Sonic title, and a race stage involving a speedy little bird named Swoop involved much more strategy without sacrificing fun. In the end, though, it’s all about the ingenious level design, and even with original developers Media Molecule involved only in a consultant capacity this time around, the layout here is still designed with that delicate balance of Rube Goldberg diabolical ingenuity to bring a child’s toy box to vivid, charming life.

Supermassive Games’ retooled Until Dawn was playable as a full 20-minute demo. For better and worse, it’s the Saw video game that should have been. It’s a survival-horror experience of teenage girls in hysterics over their dead friends while their boyfriends keep saying, “It’s probably nothing,” while ghosts stalk the hallways, and people keep coming back from other rooms covered in blood. The characters are awful clichés, though remarkably loyal to the brand of glossy James Wan horror it’s trying to emulate. The horror has potential, however, as the player is entirely in control of where each character points a flashlight, what clues get unearthed, what details to focus on and explore, and the creepy stuff is insanely creepy, with one particularly effective jump scare generating a consistent yelp every 20 minutes from every journalist who played it throughout the night. All that said, the game will be released after the most ambitious year for horror games in history, with Evil Within, P.T., Five Nights at Freddys, and Among the Sleep all exuding loftier goals than “interactive slasher movie.” There’s still a place for that kind of game out there, but one worries that it’ll be ridiculously outclassed when it actually hits.

Also worth mentioning is Project Morpheus, Sony’s in-house answer to the Oculus Rift, an attempt at bringing virtual-reality headsets to the masses. Two demos were available at the event: a street-luge race down a southwestern U.S. highway, and a medieval training-dummy simulator. The graphical fidelity in the set takes a hit compared to the TV displays nearby, but otherwise, there’s no bones about it that Sony’s onto something—something close to the pipedream of the early-to-mid ‘90s, where virtual reality has finally become a perfectly viable platform for gameplay experiences. Motion is fluid. The luge game is entirely controlled through head movement, and it worked without a hitch. The medieval training sim is simplistic, but a joy, and hyper-responsive to just about anything the player could imagine doing, including lopping off the dummy’s arm, and beating him up with its own arm. If there’s a complaint, it may be the price factor, seeing as the medieval game involved a PlayStation Camera, two Move controllers, as well as the Morpheus set. Hopefully that’s not the basic price of admission for Morpheus when it hits.

Coincidentally, after the event, an article crossed my path about modders tweaking the Oculus Rift to work with Sega’s newly released Alien Isolation. Gamers appear to be ready for developer ambition when it comes to not just the quality of the games, but how to play them. Sony appear to be up to the task of delivering.