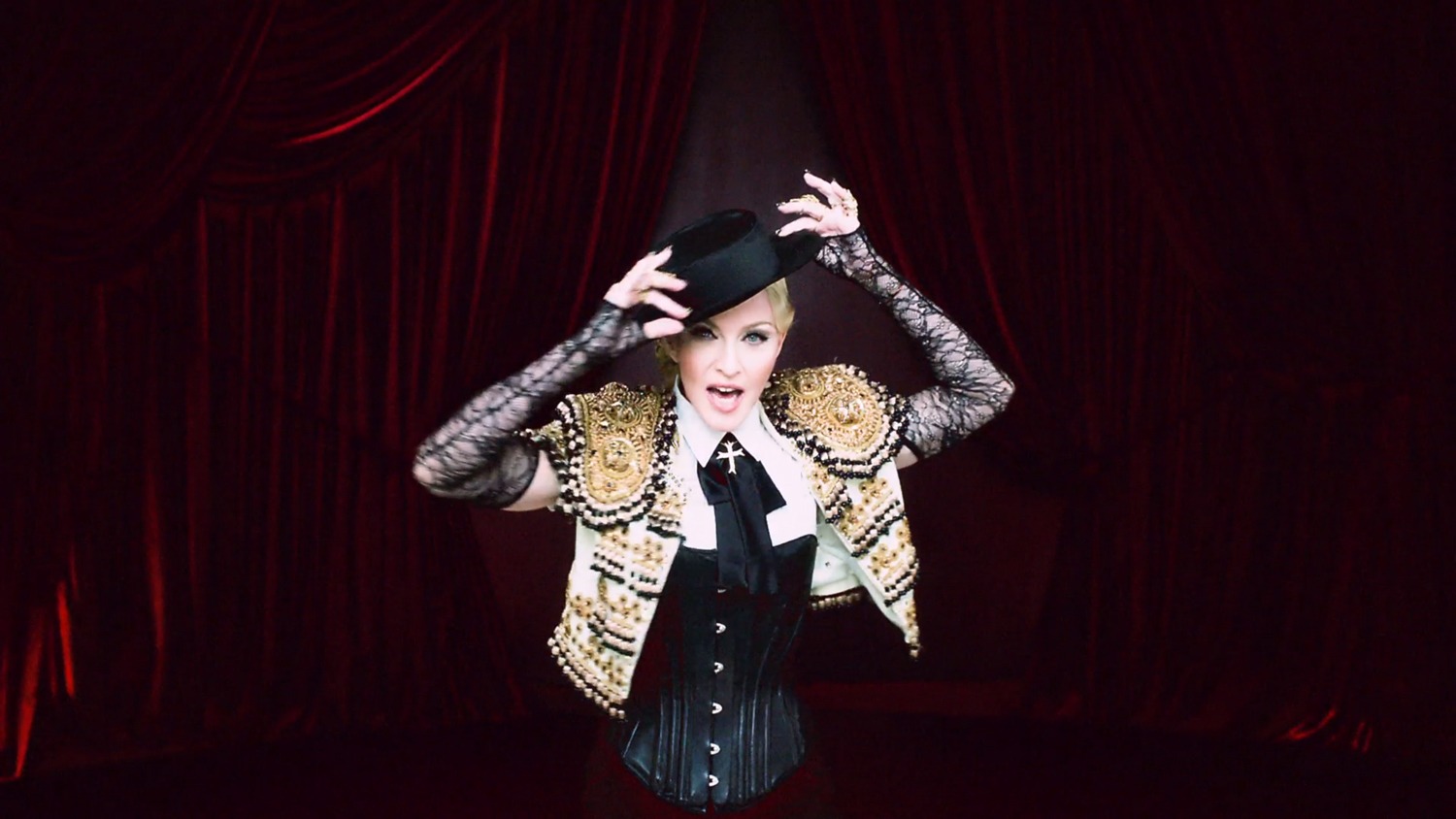 Madonna hasn’t endured such a bumpy album roll-out since 2003, when her American Life opus was plagued by resistance from U.S. radio and the last-minute yank of the politically charged music video for the title track. Last fall, an unprecedented number of demos from her latest studio effort, Rebel Heart, leaked onto the net, a development that seemed less like the act of an impatient, overzealous fan than some kind of intentional sabotage. Madonna understandably caught flack for comparing the leak to rape and terrorism, and had certain cultural critics disingenuously clutching their pearls when she later shared fan-made memes of Martin Luther King Jr. and Nelson Mandela based on the album’s cover art. Manufactured outrage over Madonna’s (at worst) questionable social-media savvy notwithstanding, her team’s response to the leaks has seemed hasty and not very thought-out. (The 25-track super-deluxe version of Rebel Heart leaked in full earlier this week, over a month before its official release date of March 10th.)

Six tracks from the album were released on December 20th of last year as part of a pre-order launch, including the lead single, “Living for Love,” which has otherwise languished without any promotional push for over a month. Now, that push is finally here. Ahead of her performance at the Grammy Awards this Sunday, Madonna has premiered the new music video for the single…on the picture-messaging app Snapchat, where it will be available exclusively for 24 hours. Directed by French duo Julien Choquart and Camille Hirigoyen, a.k.a. J.A.C.K., the clip finds Madonna playing la torera to a troupe of chiseled minotaurs. Madge has employed the bullfighting theme before, in 1995’s video for her hit “Take a Bow” and its sequel “You’ll See,” as a metaphor for the often bloody, brutal courtship of lovers, and here the masked dancers ostensibly represent the men who have broken her heart, as recounted in the song’s lyrics. Throughout, the dancer turned singer busts out some “Papa Don’t Preach” footwork, “Vogue”-style shoulder rolls, and gravity-defying moves reminiscent of Michael Jackson. Some impatient editing and an on-the-nose Nietzche quote detract from the otherwise rich visuals, but in the end, the queen slays—literally.