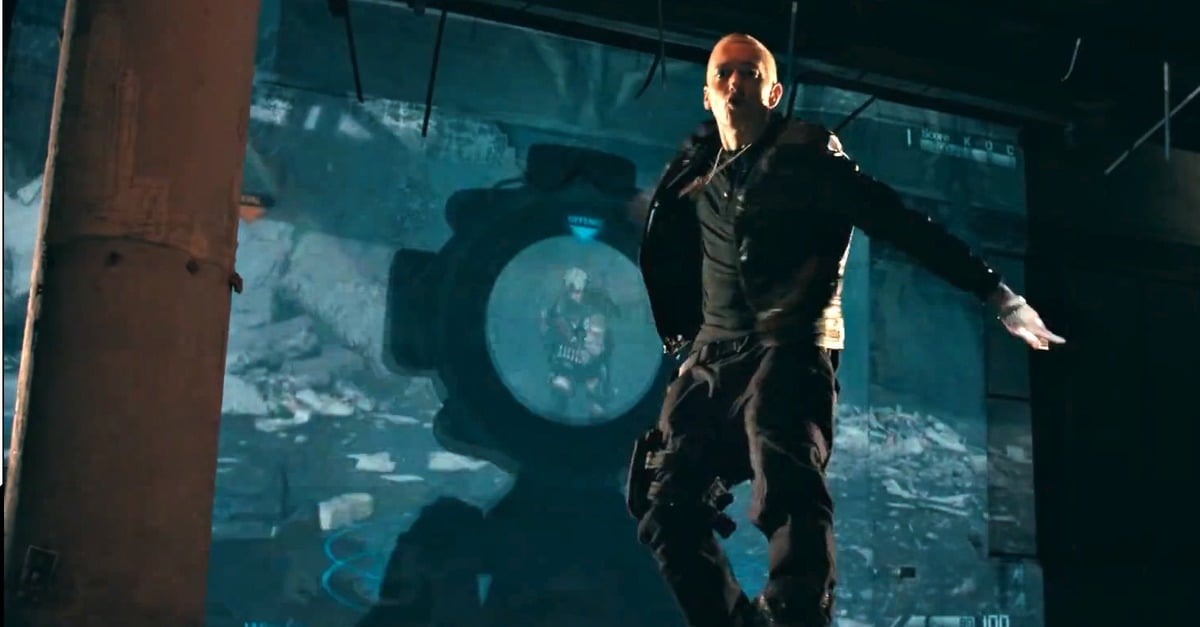 Slim Shady’s back with “Survival,” a brand new song from the soundtrack to the latest installment of the first-person shooter game Call of Duty. The track features a handclapping, footstomping beat reminiscent of The Eminem Show’s “’Till I Collapse” (itself used in the trailer for Call of Duty: Modern Warfare 2) and a hook sung by Liz Rodrigues of the New Royales. But the real star of the guitar-heavy anthem is Marshall Mathers himself, who turns in one of his strongest and most confident performances in years, even if the higher range of the 40-year-old rapper’s voice is starting to show some wear and tear—and some might say that’s a good thing.

“Survival” will reportedly also appear on Eminem’s new album, his first in three years, expected this fall. Watch the trailer for Call of Duty: Ghosts below: