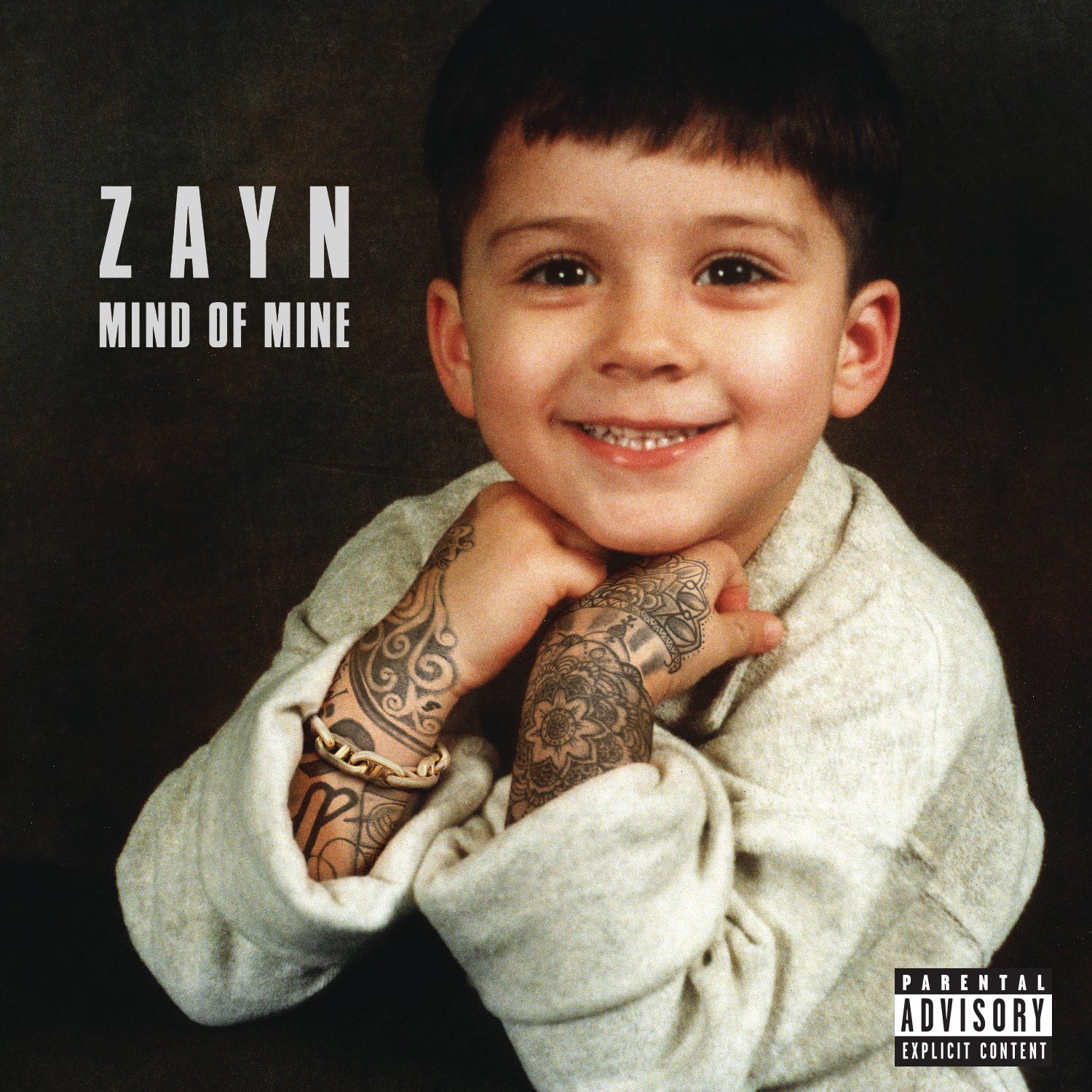 Making a transition from pop to more adult-oriented R&B is the modern hallmark of the erstwhile boy-bander. “Pillowtalk,” the lead single from former One Direction member Zayn Malik’s solo debut, Mind of Mine, is textbook break-the-mold material, all blue-eyed soul and brooding sensuality. Justin Timberlake, of course, is the obvious touchstone here, particularly on the sex-centric standouts “She” and “Tio” (short for “Take It Off,” natch).

Malik’s surprisingly mournful vocals on the haunting “It’s You,” however, are more reminiscent of Jeff Buckley, Thom Yorke, or, hell, even Sigur Rós’s Jónsi than JT, foregrounded by a minimalist accompaniment of pulsating beats and sparingly employed strings, piano, and electric guitar courtesy of Channel Orange producer Malay. The production is likewise the star on “BeFour,” on which Malik’s supple falsetto rides a smooth, sleek groove, and the coolly meditative “Drunk,” which otherwise pays short shrift to the experience of young love: “We be drunk all summer/Drinking and flowing and rolling/We’re fallin’ down.”

The lyrics throughout Mind of Mine are similarly by-the-numbers pop-R&B: pleasure-obsessed, vaguely misogynist, and largely disposable. By the album’s midpoint, Malik’s playboy shtick starts to outstay its welcome, venturing into smarmy, Robin Thicke territory on “Borderz” and “Wrong,” a duet with R&B upstart Kehlani. “I’ll get her wetter than ever,” he announces at the start of “Wrong”; “Baby, some people are meant to be loved and others just naked,” she offers. Expletives stand in for introspection, and hyper-sexuality for maturity, on tracks like “Lucozade,” titled after a sports drink. Confusing the affectation for sexy, Malik slurs his way through lyrics composed of a series of tongue twisters and alliterations.

One of the album’s 18 tracks is sung in Urdu, a nod to Malik’s Pakistani heritage, but it’s relegated to interlude status, and thus has little impact on Mind of Mine’s sense of myopia. By the album’s end, even the artful production starts to grow monotonous (second single “Like I Would” is the set’s sole uptempo number). As many a former teen heartthrob can attest, slick beats and merely competent balladeering do not a revelatory debut make.