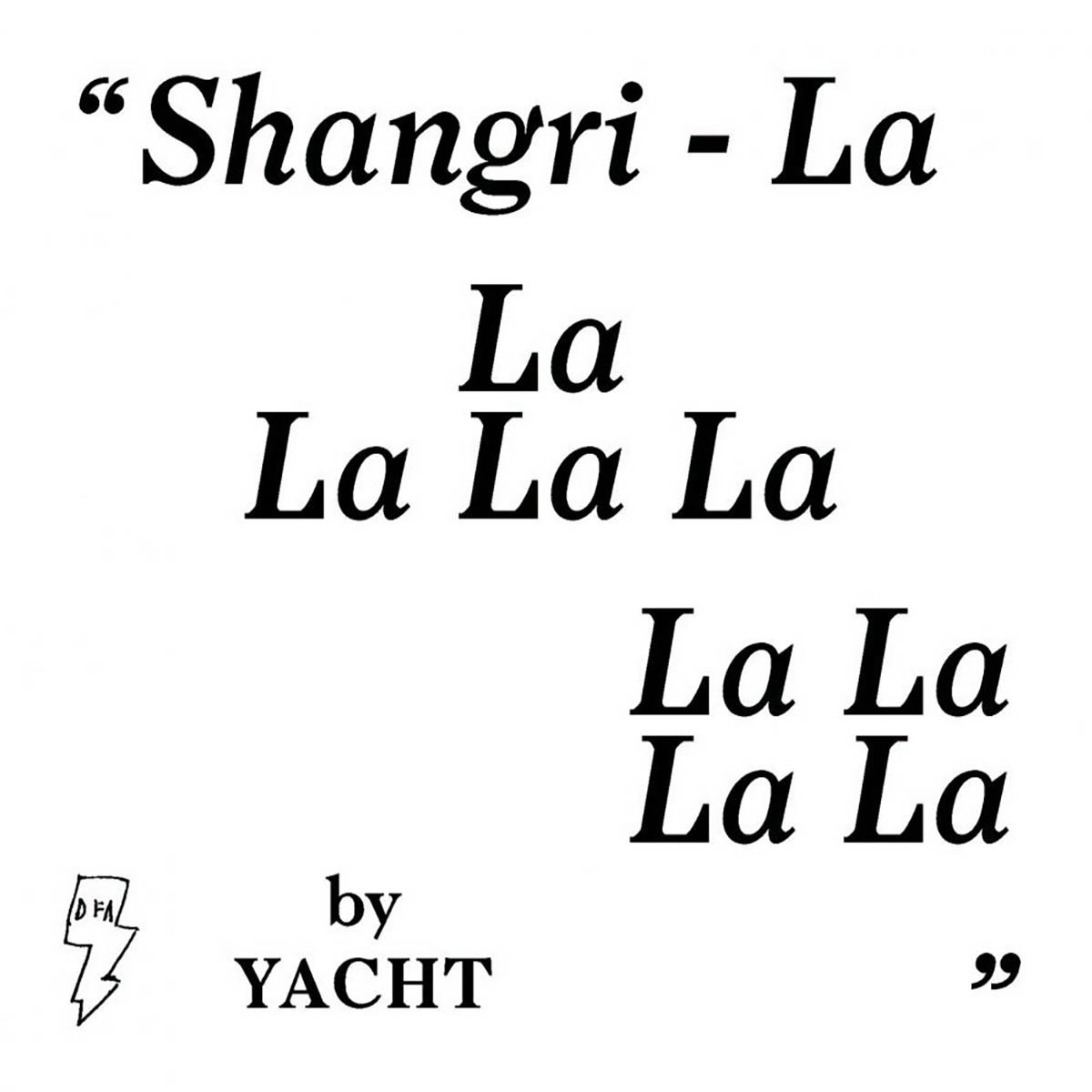 YACHT gets heavier on Shangri-La, a descent into dance-floor philosophizing that threatens their otherwise polished groove. Unsatisfied with delivering pure pop missives, the group delves into a weird examination of the notion of “paradise,” delivering a flat message in a style that seems wedged between tongue-in-cheek irony and deadly seriousness.

As with the similar themes of 2009’s superior See Mystery Lights, the album contains a strong musical presence threatened by unnecessary theological posturing, a strange fixation that comes off as bland and misguided. Once again, mastermind Jona Bechtolt and vocalist Claire Evans call up visions of the apocalypse, search for an afterlife, and decide that God doesn’t exist, a neurotic fussing over big questions that at least finds a counterpart in the queasy patterns of the music.

Evans’s contribution here is more pronounced than ever, with most songs buoyed by her half-spoken, half-sung vocals. The complexes fostered by the lyrics might be easy to ignore, but Shangri-La pushes the concept too far by giving each song a spoken-word intro, delivered in grimly deadpan narration. Given such overwrought patter as “More than ever we face a crisis of utopia, the world seems to decay at our feet,” the openings are alienating and distracting and become increasingly tiresome across repeated listens. Coming at the beginning of the impressively composed “I Walked Alone,” these words are like an ugly stain on an otherwise clean shirt.

By pushing the concept so hard, Shangri-La manages to communicate even less than See Mystery Lights, which left these fixations quiet and murky, making them feel all the more mysterious and evocative. Here the theme is made too explicit. The opening track, “Utopia,” which hews to the subject matter only by the endless repetition of the title, gets the balance right: When the music shivers and moves like this, the group can get away with making offhand references to whatever they want. But more overt and elaborate attempts fall flat. The same pop-culture repurposing that made “I’m in Love with a Ripper” so weird and exciting works to less effect on “Dystopia,” which glibly dredges up and rewords the tired chorus from Rock Master Scott’s “The Roof Is on Fire.”

Uninspired choices like this make Shangri-La sound lazy, even as YACHT works extra hard in their conceptual areas. The result is an ill-conceived concept album, one that, though characteristically sharp musically, feels flat and overwrought.

Review: Coldplay, Every Teardrop Is a Waterfall