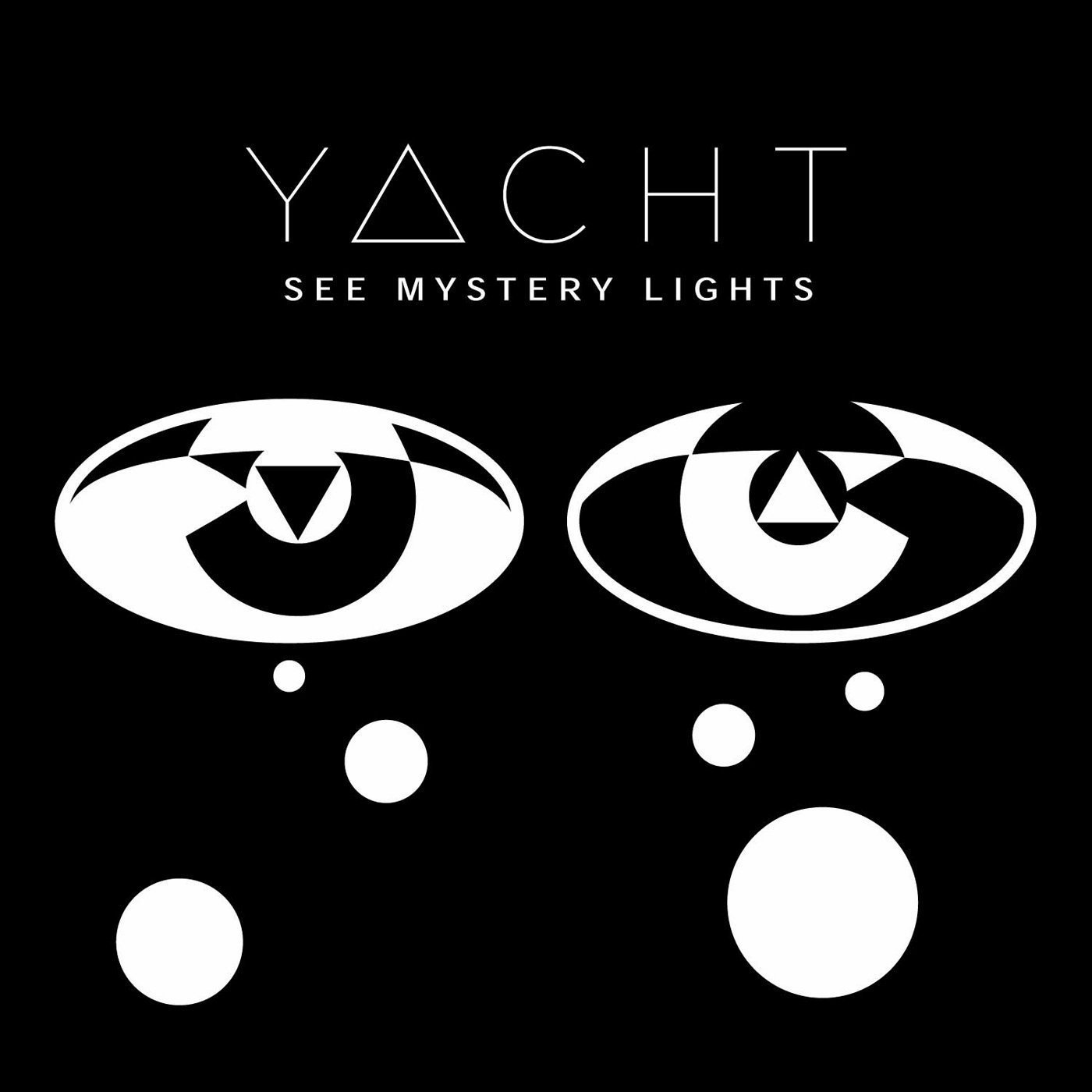 For all the images of breezy excess conjured by an act named YACHT (the brainchild of Jona Bechtolt), the first strains of See Mystery Lights sound almost mechanical, growing into a churning march which, though imbued with a sunny tropical flavor and light-as-air vocals, still retains an ambitious strangeness. This schism reigns throughout the album, with dance beats matched with an off-kilter sense of percussive ambiance. Lyrically, the songs are barebones, working off rotating mantras that remain static as the music builds around them. This can grow tedious, particularly because the repeated lyrics feel like thin, ambiguous proxies for an overarching message, one that Bechtolt hints at on the YACHT website, which contains a lengthy “manifesto.” What Bechtolt is going for is hard to accurately discern, covered as the words are in distancing irony and disingenuous simplicity, but hints are provided in “We Have All We Ever Wanted,” which repeatedly references the subject of digital downloading.

Given the prominence of this subject for Bechtolt (he’s admitted to using pirated copies of music production software), it’s an appropriate backdrop for the album. Further research on the website reveals a propensity to point out the things he’s stolen from other musicians, an idea that links into a broader theme of theft as a vehicle for art. “I’m In Love with a Ripper” cops the refrain of T-Pain’s “I’m In Love with a Stripper” and fools around with Auto-Tune, squeezing the entire song into a narrow spectrum where guitars are sharpened into needly points.

But it’s hard to tell how this figures into some of the repeated lines, leaving looping chants like “Will we go to heaven/Or will we go to hell” feeling purposely and pointlessly oblique. Nevertheless, it’s not necessary to understand YACHT’s ethos to enjoy the album, which is by turns buoyantly poppy and eerily satisfying, working at some convergence of high and low culture. The failure of its intellectual structure to fully intersect with the music represents something of a conceptual misstep, but also allows See Mystery Lights to be enjoyed without engaging with any of its ideas, as catchy summer music that leans toward the bizarre.