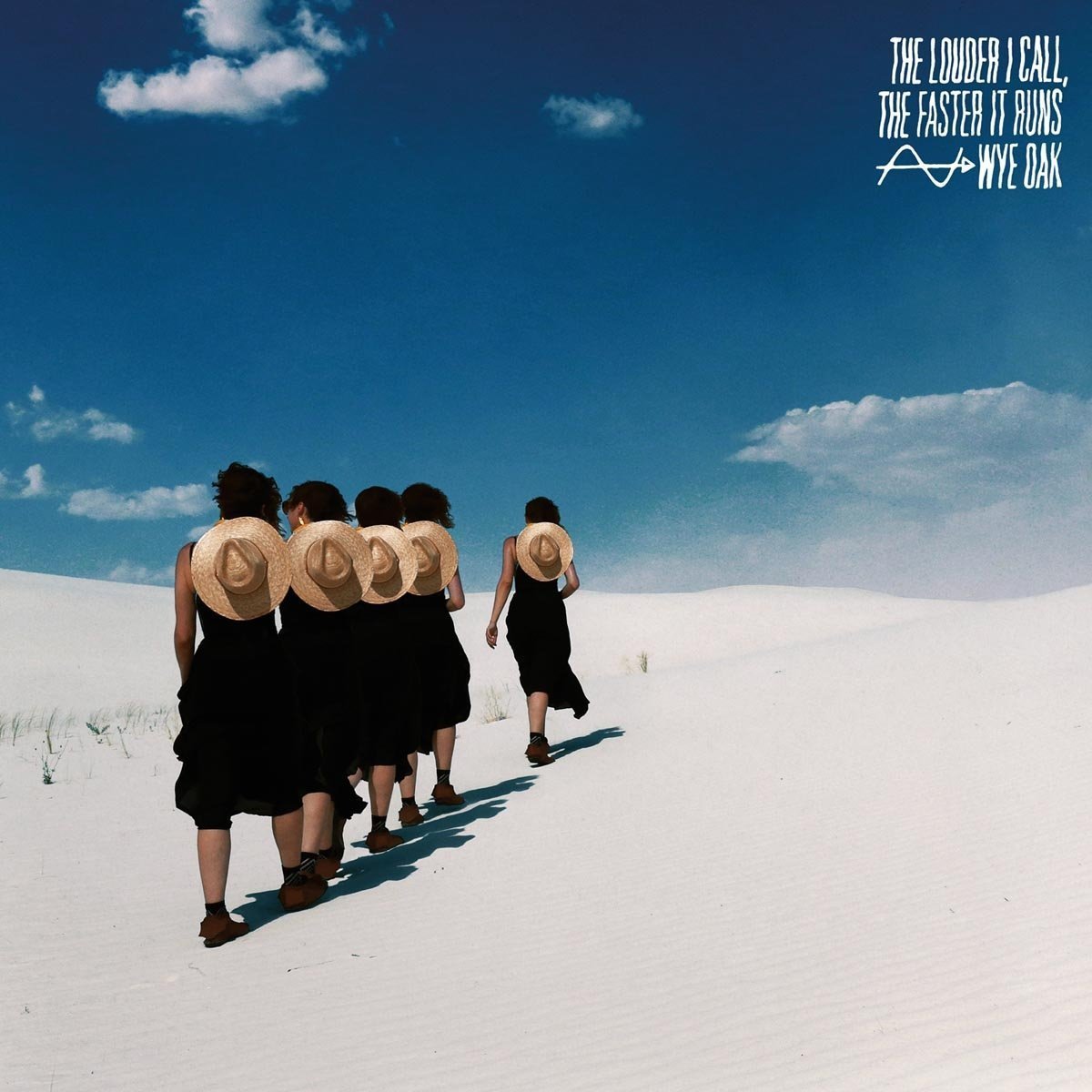 Rock guitar has become an anachronism in today’s musical landscape. St. Vincent’s music continues to get increasingly more electronic, and even Jack White toned down his histrionic fretwork in favor of more computerized sounds on his latest album, Boarding House Reach. Jenn Wasner, who earned acclaim for her guitar work on Wye Oak’s early albums, also seems to be positioning herself as more of a synth-pop chanteuse—a trend she and Wye Oak’s other half, drummer/keyboardist Andy Stack, solidify on their sixth album, The Louder I Call, The Faster It Runs.

There’s actually plenty of guitar throughout the album. The jagged opening riff on “The Instrument” contrasts boldly with the track’s warmly gurgling synth pattern, while the squealing licks on the stormy “Symmetry” hit like lightning. But for the most part, Wasner’s guitar work is a blended textural element among several at the group’s disposal, from an array of synths to orchestral sounds. The Louder I Call is an album built mostly on jousting instrumental dynamics and sonic manipulation, set up by the opening 30-second instrumental, “(tuning),” in which a plinking piano butts up against robotic noises as it wavers between stately dryness and unearthly reverb.

This isn’t the first time the duo has dabbled in electronica: Shriek, from 2014, was their first departure from traditional rock instrumentation, and Wasner’s 2016 solo album as Flock of Dimes, If You See Me, Say Yes, followed in a similar vein. But in contrast to Flock of Dimes’s nostalgic dalliance in ’80s pop styles, The Louder I Call’s electronic focus scans as distinctly modern. It isn’t as sleek or hooky as If You See Me, but by design it’s a more atmospheric effort.

The album gets plenty noisy in places: on the propulsive title track, for one, and especially on “Symmetry,” with its pounding, skipping-CD chorus. But even with all the hyperactive synths and occasional moments of crunching heaviness, The Louder I Call plays like a dreamscape—just one set to danceable pop beats. Most of Wasner’s vocals are cloaked in a wavery underwater effect, as if her voice is emerging straight from the cerebrospinal fluid. This is fitting for lyrics concerned with self-examination. On “It Was Not Natural,” Wasner manages to wring an entire song out of taking a walk in the woods and finding a strange object on the ground, while on the jaunty “Lifer,” she carefully ponders life’s entire arc: “I am not old but I’ve become/Afraid of things I never was/And stumbling on without a pause/Can only go so long.”

Ultimately, it’s the balance between the ethereal and the immediate that defines The Louder I Call. A fully formed, radio-ready slice of dramatic piano-pop like “It Was Not Natural” coexists seamlessly with dreamy reveries like the fully orchestrated vignette “My Signal” and the folky, Paul Simon-esque “Join.” It all manages to hang together thanks to the fact that, after some trial and error, Wasner and Stack have hit on a sound all their own.

Review: Torres’s Thirstier Revels in a Contrast Between Introspection and Drama