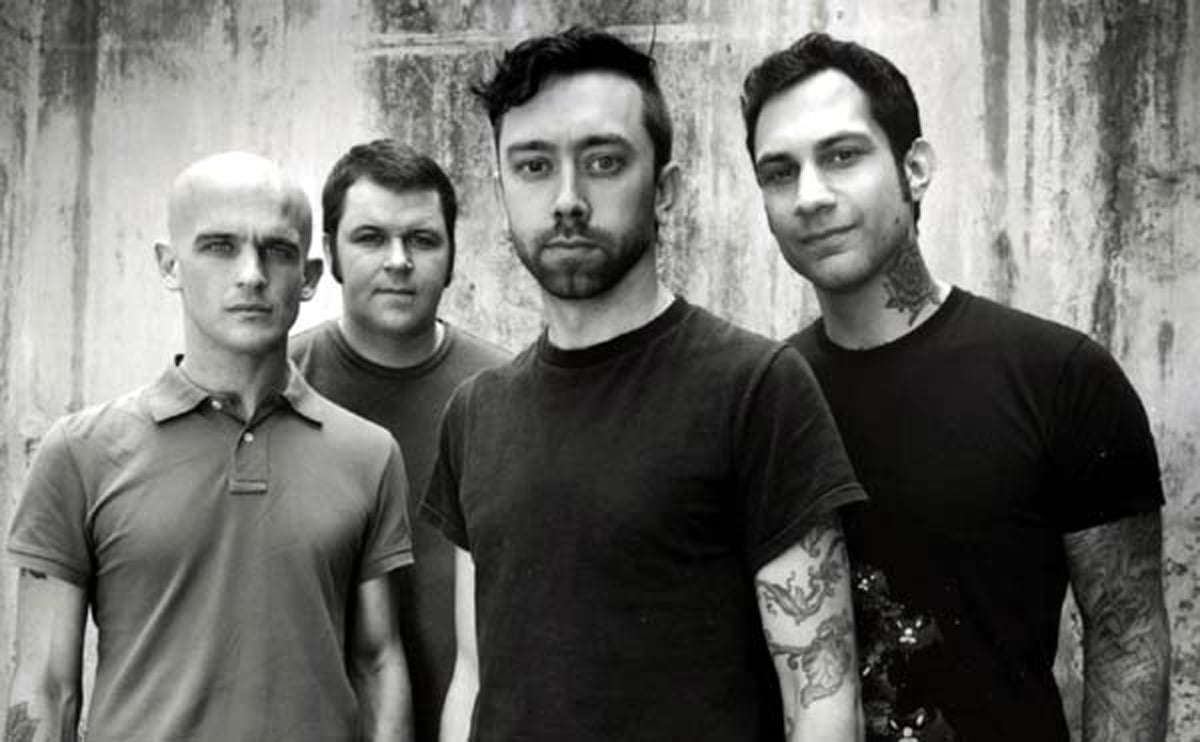 Our white stretch limousine sat on the west side of the New York State Thruway, navigating the stagnant stream of compact cars and minivans packed with teenage punkers on their way to the Warped Tour in Buffalo. We, a handful of 10-year punk scene vets, had been attending shows since before Warped Tour‚Äôs inception a decade ago, and therefore felt a certain degree of bitter cynicism about the affair. The free limo didn‚Äôt help our attitude problem, either. We tormented our chauffeur with tracks from NOFX‚Äôs War on Errorism, their delightful 2003 album rife with references to being an aging punk. My favorite is the album‚Äôs opener, “The Separation of Church and Skate,” which wonders, “When did punk rock become so safe?” I began to lament that NOFX had finished their Warped dates a few days prior, and that I would have to spend the day surrounded by 10,000 shitty reminders of who I was ten years ago.

When we arrived at the front gate, the Darien Lake parking lot swirled with dust kicked up by kids jumping around to some band who hadn‚Äôt changed their clothes since 1977‚Äîat least someone was keeping it real. We wandered around the labyrinthine mess of mini-tents, each hawking T-shirts from one of the 90+ bands set to perform that day. This year‚Äôs Warped featured ten stages, a significant expansion from the four-stage tours of the mid-‚Äò90s. It became clear that none of the kids craning their necks to see the wipeboard band schedules would catch any of the bands on the six smaller stages except by pure accident. Apart from a few local acts with a draw, stages like the “Uproar Stage” and the “Smartpunk.com Stage” remained either hopelessly lost between merch tents or desolately exiled to the farthest reaches of the parking lot.

We spent the early afternoon shading ourselves in the canopied seating area, enduring the horrid amphitheater acoustics. I dragged my tired bones to the front of the crowd for Rise Against, who played on a ten-foot stage to a relatively tame crowd. They did their best to rock out, but live music can only be so special when my head is tilted vertically as if in the front row of a movie theater. With ringing ears and cricks in our necks, we wandered over to the mainstages to catch the end of Anti-Flag‚Äôs set. Upon arrival, I was not surprised to find the band singing the obnoxiously repetitive titular lyrics to their usual finale, “You‚Äôve Gotta Die for the Government.” I was, however, miffed to discover that the closest tent to the mainstage was occupied by the Marines.

“What the fuck are the Marines doing here?” asked one of my comrades. The obvious answer would have been, “Leaning on a Hummer,” but the real reason was that they were recruiting. These Marines, just like most of the Warped audience, seemed totally unaffected by the irony of recruiting kids to die for their government while the theme song to this process wailed in the background. Had it been my first Warped Tour so many years ago, I probably would‚Äôve gone over and started an argument with them before getting my ass unceremoniously handed to me. But as one of the oldest non-parents in the audience, and therefore one of the least enthusiastic, I let it slide. I figured that one of the 10,000 teenage punks would pick up my legacy and shirk the pull-up bar for a good old-fashioned anti-establishment protest. Unfortunately, the only punks I saw at the Marines tent were not sparking fiery debate, but were instead getting lessons in the flexed-arm hang.

After hours of trudging through the parking lot (mysteriously covered in gravel so large I can only describe as moon rock) and looking over the energetic patrons, I began to understand what the head of recruitment over at Marines headquarters already knew. Warped Tour, the well-known traveling punk festival, had gone decidedly establishment this year. I don‚Äôt mean “establishment” in the sense of major label acts or bands played on the radio‚Äîthat stuff has been at Warped for years. I mean establishment as in collaborating with the system, rather than defying it.

Ironically, this collaboration has been ushered in by none other than NOFX, who spent the past year creating Punkvoter.com, a partisan effort to register punks and get them into the ballots booths in November. Many bands used their brief half-hour sets to offer encouragement to vote and get Bush out of office, though few offered any explicit support for John Kerry. Even Canadian bands like Billy Talent begged the crowd to realize that the actions of the American government affect the entire world (and therefore please don‚Äôt vote for Bush). The most politically inflammatory comment of the day came from the Swedes of (International) Noise Conspiracy, when frontman Dennis Lyxzen‚Äîin between splits and mic tricks-requested that the audience kick Bush out of office…and then kick Kerry out of office right after that.

The vibe of the day was participatory citizenship, which has become a growing mantra among political bands. Gone are the days when “punk” meant apathy, anarchy, and fucking the system. Now it means voting and creating change within the system. (And, by the way, it means songs about girls, if Warped Tour mainstage performers Yellowcard, Taking Back Sunday, and New Found Glory have anything to say about it.) In some ways, “change within the system” is a more mainstream message, but to most of these sub-18-year-olds, it has no appeal. How excited can someone get about the November election if they have to wait four more years to participate? Teenagers have always responded well to the politics of alienation and revolution because both are equally accessible to all ages, and both are particularly appealing to teens. Voting? Not so much. No wonder the bands singing about girls are the big draw this year.

The Marines came to take advantage of the many kids who came to see Good Charlotte and Thursday and who won‚Äôt be burning their draft cards next year. Punk is just as much a force on the radio and TV as it is on the turntables of the alienated undergrounders, and the crowd was a mixed bag of green-haired band-shirt-wearing geeks (a.k.a. reflections of myself at my first Warped Tour) and attractive, preppy boys and girls politely standing on tiptoes to catch a look at Yellowcard‚Äôs violinist. Bands like Rise Against understood this, too, and offered some choice advice to this mixed mainstream audience: “You know, there‚Äôs a lot of good shit here at Warped Tour, and there‚Äôs a lot of bullshit. Check out all the good bands playing, and stay away from the bullshit, like Samsung and the Marines.” Sure, the Sex Pistols would‚Äôve incited a riot and the subsequent hospitalization of the Marines at the hands of a teenage mob, but a lot has changed in the last 30 years.

By the end of the day, I had maneuvered myself to the front of the crowd to see Bad Religion, the band that (many years ago) got me into this punk rock mess in the first place. Due to the lack of slam-dancing throughout the day, I knew that this was not the year where I would get my teeth knocked out in the circle pit. I was clearly the oldest one up front, dancing to the oldest band at Warped Tour. Bad Religion played old classics and brand new hits, and the crowd erupted like popcorn, with crowd-surfers frantically popping to the surface on the sea of hopping kids. As I had multiple crowd-surfing teens land on my head while I fought to stay standing, I suddenly felt like Warped Tour was still a little dangerous and subversive, if only from the inside of the crowd.

After Bad Religion finished, we walked past the horde of kids singing along to Warped closers Good Charlotte, feeling that we had retained a bit of our past, and most importantly, had stayed punk in the process. And as I ducked into the limo that idled outside the gate waiting for us, I smiled in satisfaction. Nothing‚Äôs quite as punk as scamming a free limo ride, a free ticket into the punk show, and riding in style while covered in moon dust and other people‚Äôs sweat. Oh, and if you‚Äôre wondering, this bitter punk rocker will be voting in November, thanks to Punkvoter.com.

Review: Doug Liman‚Äôs Locked Down Sadly Shares the Ennui of Its Characters