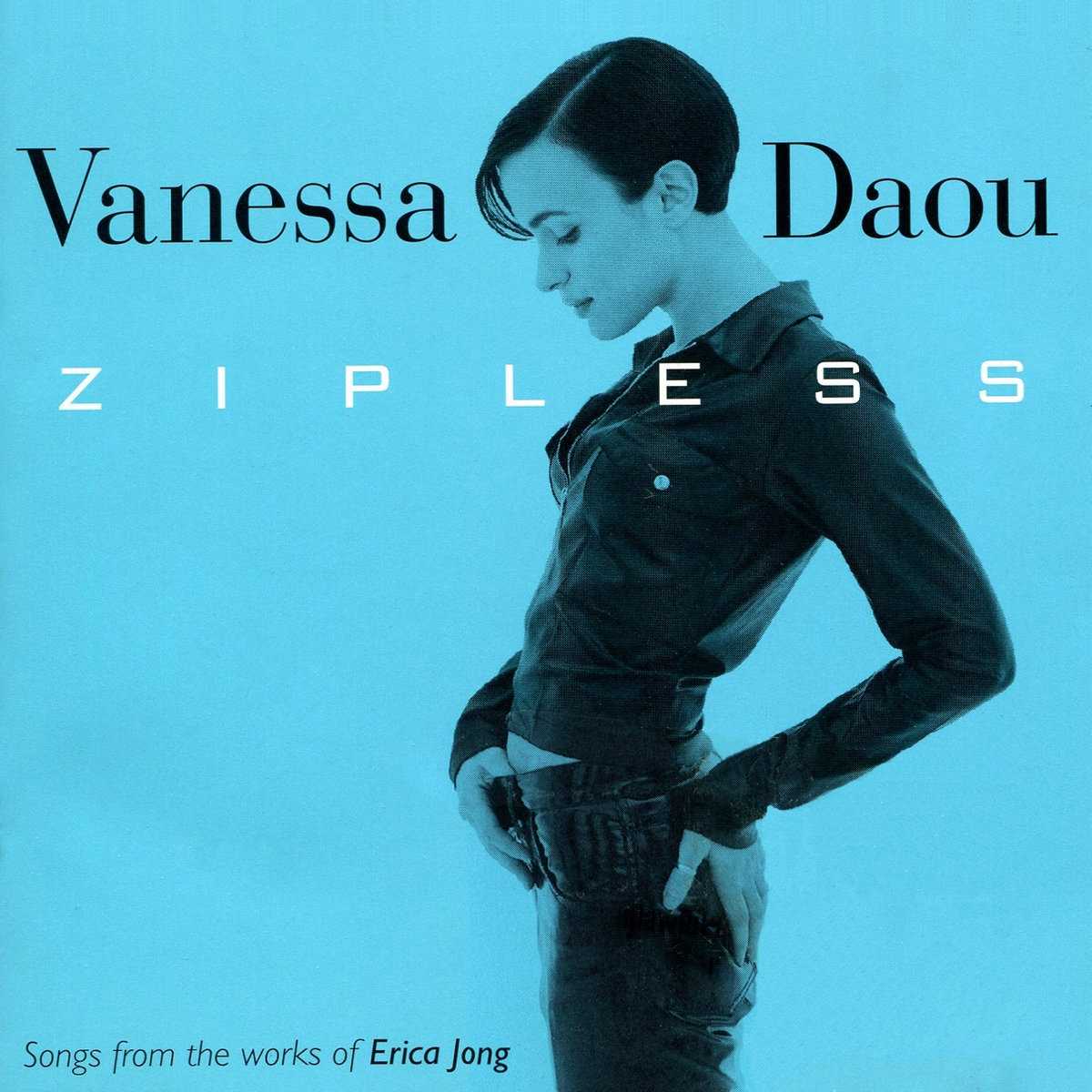 Vanessa Daou and Erica Jong: a match made in a labyrinthine vagina that’s as juicy and welcoming as it is intimidating and demanding. Born eight years after Tropic of Cancer was published in France, Jong has spent much of her literary career, from Fear of Flying to Sappho’s Leap, attempting to infiltrate and redefine the universe of uninhibited sex her muse Henry Miller charted in 1930s Montparnasse. Consider Vanessa Daou’s Zipless, interpretations of Jong’s poetry, a collaboration of epic feminist revisionism—an evocation of what it must have been like to fuck (and get fucked by) Henry Miller. Certainly it’s no coincidence that Daou is done-up to resemble Miller’s long-time lover Anais Nin on the cover of the CD. And since Jong so patiently waits in the wings until the very end of the album (she recites her own poem on “Smoke”), is the longing of her words meant to channel the ecstasy (“The Long Tunnel of Wanting You”) and torment (“Sunday Afternoons”) of Miller’s wife June Mansfield?

Daou is a singer of very-limited range, and in recent years she’s become somewhat of a parody of herself with the release of banal works like Make You Love and Dear John Coltrane. Of course, if you’re at all familiar with “Zero G” (from 1998’s Plutonium Glow) and “Alcestis On The Poetry Circle” (from Zipless), then you know there’s no way of appreciating Daou’s monotonous, detached voice (a whisper, really) unless it’s accompanied by a club-thumping beat or fuck-me erotica of the highest pedigree. With the help of friends and collaborators Danny Tenaglia, David Morales, Moby and Josh Wink (among others), Vanessa and husband Peter Daou (Jong’s nephew) churned out a number of club hits in the early ’90s. But despite the success of Daou’s “Near the Black Forest” (which was in heavy rotation on VH1 back when the network still used to play music videos), Zipless never really became the break-out hit the Daous had hoped for.

The deceptively simple “Near the Black Forest” is to Vanessa Daou what “Isobel” is to Björk. An ode to frustrated sexual desire that likens Germany’s mysterious Black Forest region (a terror tool in Dario Argento’s wily, all-female freakshow Suspiria), the song summons sexual organs from their primordial slumber. This is Daou’s “Rite of Spring,” with clocks and winding pendulums as male cremasters stroking the walls of a secluded house, presumably the linings of a vagina (no doubt hidden beneath an untrimmed bush). The implication of the song’s title is obvious, but the genius of the song is Jong’s dedication to her cultural reference and her ability to summon both a primeval ritual of sexual penetration and a thoroughly-modern narrative of female isolation.

“The Long Tunnel of Wanting You” is a vagina monologue unlike any other: a celebration of that seemingly indescribable emotional and physical “want” of fucking and being fucked. Via Daou’s sultry delivery, her husband’s distorted horns and Jong’s alternately raunchy and refined prose, the song (essentially a sequel to “Near the Black Forest”) comes very close to approximating the rapture of penetration. This sex is so good that everything else ceases to exist: “Into the long tunnel of my wanting/Straightening out my crooked past.” Naturally, things are different in the glow of post-coital bliss, and Zipless finds time to illuminate the baggage that comes with said penetration: “My Love Is Too Much” and obsessive odes to hindsight like “Sunday Afternoons” and “Autumn Perspective.”

The worst thing that can be said about the unbelievably catchy “Dear Anne Sexton,” a companion piece to “Alcestis on the Poetry Circle,” is that it’s nowhere near as hard-hitting as Jong’s original, more meat-and-potatoes version of the poem, which likens a housewife on a supermarket line to a poet, and a copy of one of Anne Sexton’s books to a revolutionary pretext. (The sinister tonality of Jong’s original truly nails the disturbing quality of Sexton poems like “Red Roses.”) The women central to “Aclestis on the Poetry Circle” and “Dear Anne Sexton” are nowhere “Near the Black Forest,” and they’re clearly unfamiliar with “The Long Tunnel of Wanting You.” These songs aren’t battlecries per se, but celebrations of female unity across a dreamy time and space continuum. With both songs, Jong champions a strong connection with the women of the present and the woman warriors that preceded them.

You’re on the right track if you imagine “Alcestis on the Poetry Circle” pays homage to Hawthorne’s Hester Prynne. Jong dedicates the poem to “Marina Tsvetayeva, Anna Wickham, Sylvia Plath, Shakespeare’s sister, etc., etc.,” and she uses remarkably detailed prose suggestive of sadomasochism to evoke the pleasure-less life of women who were oppressed by society or lived under the shadow of their famous male counterparts (and husbands), but at the same time finds blame for their carelessly self-deprecating behavior. The song’s emotional ups and downs is essentially a ritual of self-flagellation, and they’re sensuously evoked by Peter Daou’s playful jazz-pop production, which features a deliberately urgent and remarkably catchy piano melody that heightens Daou/Jong’s frustration.

You wouldn’t know by looking at the album’s cover art that there’s explicit content lurking inside (indeed, this may be the raunchiest music produced by a woman this side of Lil’ Kim—and Donna Summer for that matter). Jong may be the auteur here, but Daou is the vessel she uses to chart a feminist lifeline. Despite Jong-lite lyrics written by the Daous, the excellent Slow to Burn is the more personable album, but there’s no touching the severity, allure, sophistication and sex appeal of Zipless, which has a story to offer all women, from the perpetually clothed 17th-century housewife to the nun that dares to recall the allure of a probing cock. In retrospect, the limited appeal of Zipless was simple: It was entirely too much woman for anyone to handle.