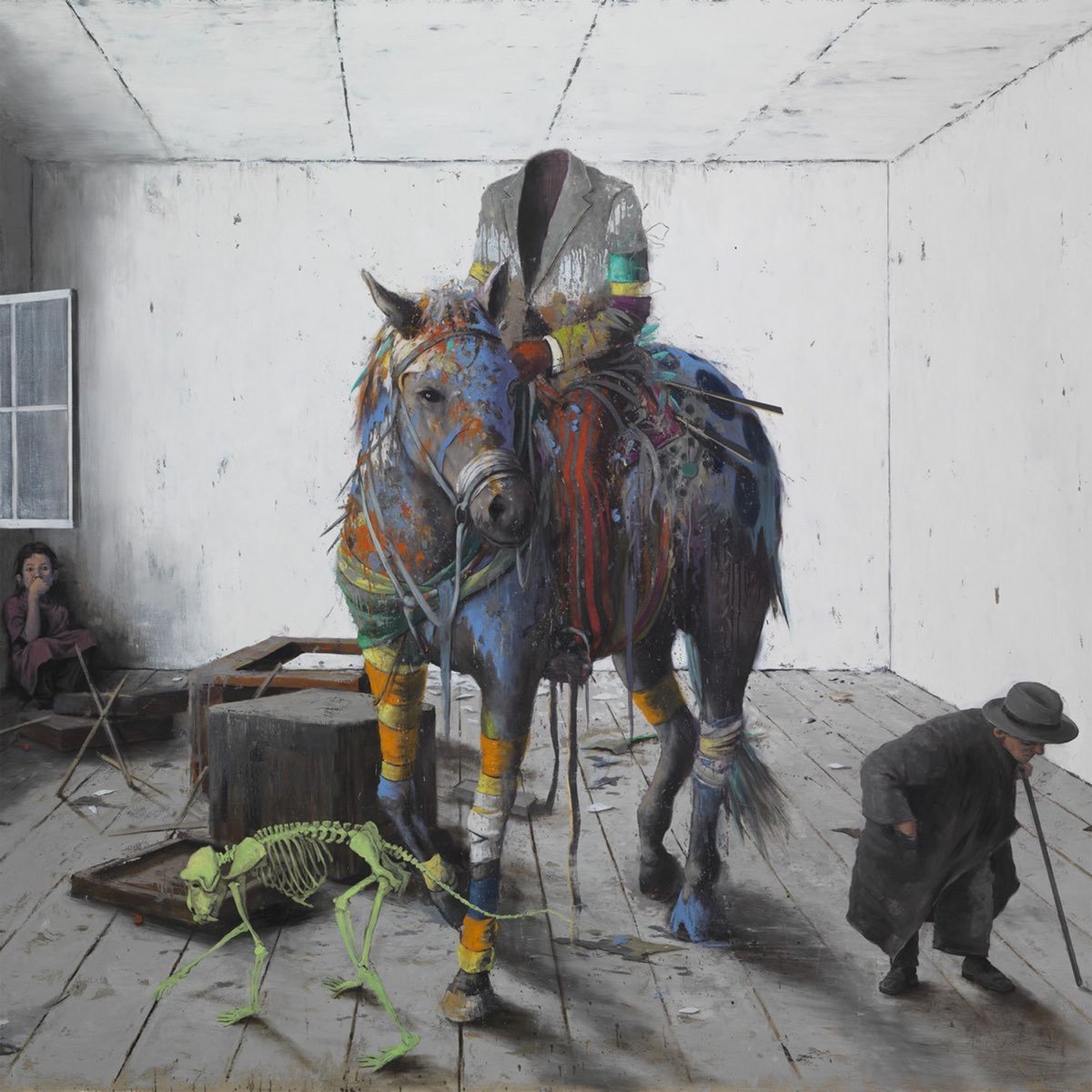 British trip-hop pioneer James Lavelle gathered a host of featured guests for Unkle’s sixth album, The Road, Pt 1, an eclectic, cinematic effort that’s also surprisingly cohesive. Now the sole creative force behind Unkle, Lavelle has claimed that the album is an effort to go back to his roots, but there’s nothing here that approaches the hip-hop influences of the group’s debut, Psyence Fiction, and the album places far less emphasis on rock or psychedelia than 2007’s War Stories or 2010’s Where Did the Night Fall, respectively. Instead, he leans more heavily on symphonic strings, gentle piano, and flurries of acoustic guitar to complement electronic production that runs the gamut between quiet contemplation and cathartic frenzy.

The album’s first single, “Looking for the Rain,” seamlessly sways between those two poles. Steadily layering additional textures over a simple, hypnotic organ loop, the track builds into a massive, discordant anthem flush with haunting, apocalyptic imagery courtesy of guest vocalist Mark Lanegan. Elsewhere, the title track eases the listener in with jangly acoustic guitar before blowing up into a churning squall of sound that’s as exuberant as “Looking for the Rain” is ominous. Likewise, “Cowboys and Indians” oscillates between delicate guitar strums and whorling synth patterns, with nimbly flowing verses giving way to the ethereal choir-like vocals of its chorus.

Whether through the soaring falsetto vocal and glitchy, Radiohead-esque loops of “Sonata” or the solemn, ambient meditation of “Sick Lullaby,” The Road, Pt 1 thrives in its quiet, contemplative moments, which break new ground for Unkle, even as Lavelle touches on a more familiar sound with thrumming numbers like the trip-hop-infused “Arm’s Length.” He leaves no question about his commitment to introspection, inserting four brief spoken-word tracks throughout to make explicit what the album’s atmospheric songs deal with in more abstract terms. One such spoken-word interlude—in which Lavelle includes the blunt interrogation, “Have you looked at yourself?/And have you thought about the mistakes you’ve made?”—sets the tone on a project that homes in on the notion that we can’t run away from our past.

Lavelle deftly renders this theme both in cynical and uplifting terms. Amid the dark, lumbering beat of “No Where to Run/Bandits,” his narrator laments an inescapably futile desire for “chasing the sun.” While on the sanguine “Sunrise (Always Comes Around),” warm female vocals frame running not as an attempt to flee or impulsively pursue what can’t be caught, but as perseverance.