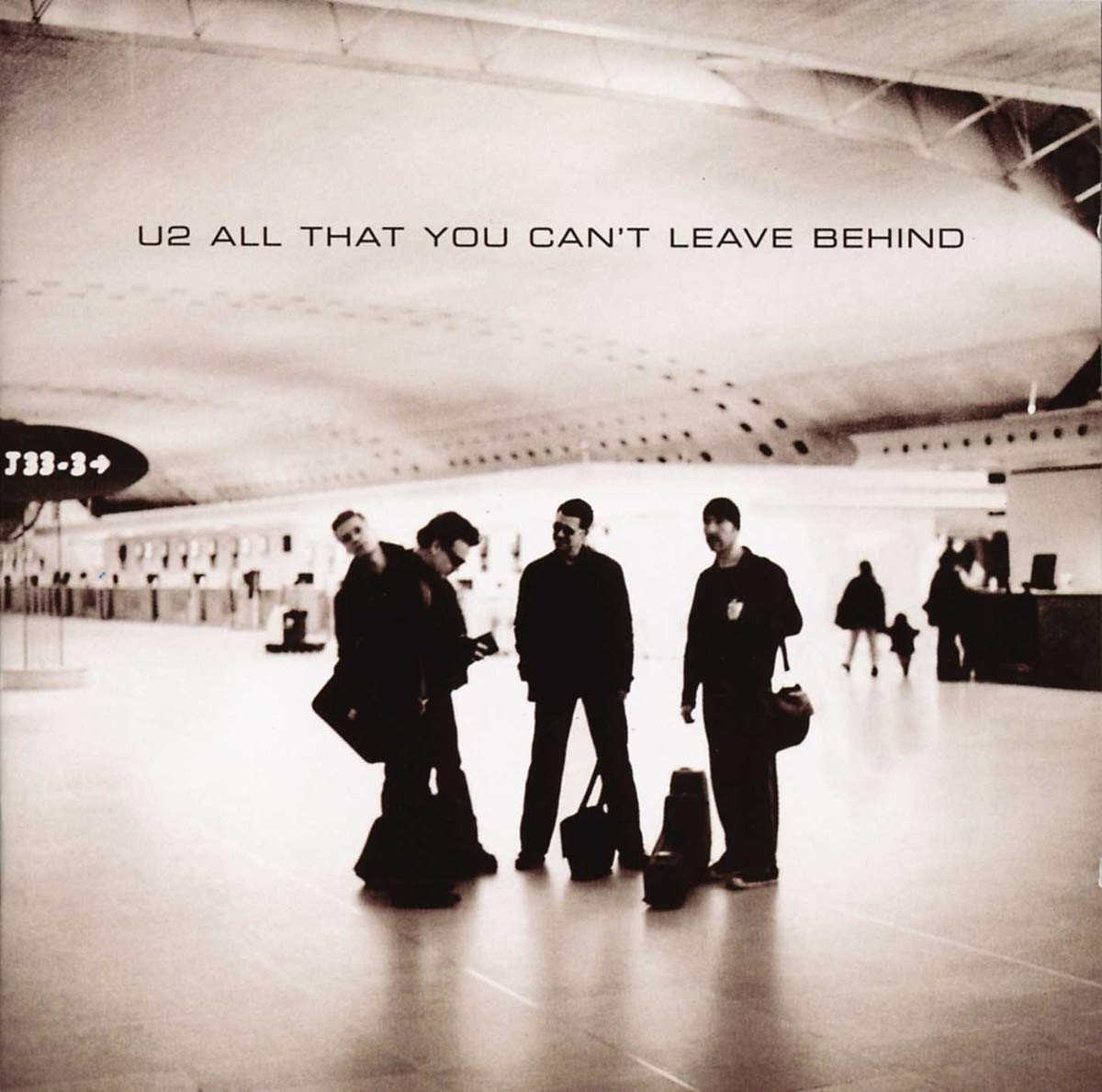 U2 wants a hit…bad. After their commercially unsuccessful foray into electronica with Zooropa and Pop, the band has released All That You Can’t Leave Behind, a bona fide “pop” album. It seems U2 has abandoned their more experimental style of the last decade and intentionally returned to a more mainstream sound. The question now remains whether their attempt to recapture mainstream success has sacrificed their artistic integrity.

The first single, “Beautiful Day,” combines subtle strings and refined percussion with the Edge’s soaring guitars and Bono’s characteristic vocals. The airy “Stuck in a Moment You Can’t Get Out Of” is irresistibly catchy and its simplicity is charming. The song climaxes with a brass arrangement and an inspirational zenith: “If your way should falter/Along the stony pass/It’s just a moment/This time will pass.” The groovy “Elevation” features crunchy guitars and Adam Clayton’s throbbing bass. The track heightens to a lovely a cappella harmonic arrangement.

But the album’s remaining tracks don’t measure up. While “Wild Honey” and “In a Little While” are bittersweet, Bono sounds as if he’s holding back a raging smoker’s cough and his falsetto hoots are irksome at best. “Peace on Earth” is a call for salvation which falls short of any sort of deliverance, but that’s partly because the track is weakened by its lyrics: “Heaven on Earth/We need it now/I’m sick of all of this/Hanging around.” Like most of the album, “New York” is musically tight but lyrically flimsy (for the chorus, Bono wails “New York” repeatedly). As the guitars swell and Larry Mullen’s drums kick in, Bono continues to spin his one-dimensional view of the big city as suffocating yet oh-so-tempting: “Irish, Italian, Jews, and Hispanics/Religious nuts, political fanatics in the stew.”

However, despite the the album’s many shortcomings, a few insights make the final cut. While “Grace” is full of lines like “Grace, it’s the name for a girl/It’s also a thought that changed the world,” it’s home to the poetic lyric “When she walks the streets/You can hear the strings.” “Kite” features one of the more perceptive lyrics on the album: “The last of the rock stars/When hip-hop drove the big cars/In the time when new media/was the big idea.” It’s an understatement to say that U2 has been humbled by their decline since the mid-’90s.

All That You Can’t Leave Behind is for those who yearn for a repeat of The Joshua Tree and the album proves that the band still has what it takes to put together a bunch of shameless pop songs. Gone are electronic-influenced gems like the exhilarating “Hold Me, Thrill Me, Kiss Me, Kill Me” or the beautiful “If God Will Send His Angels” (if only radio could have recognized the accessibility of ballads like this one, then maybe Pop would have seen proper success). But, in the end, All That You Can’t Leave Behind comes off as a bit too safe. It’s like watered-down U2 for the Britney Era, albeit more credible than its company of course.