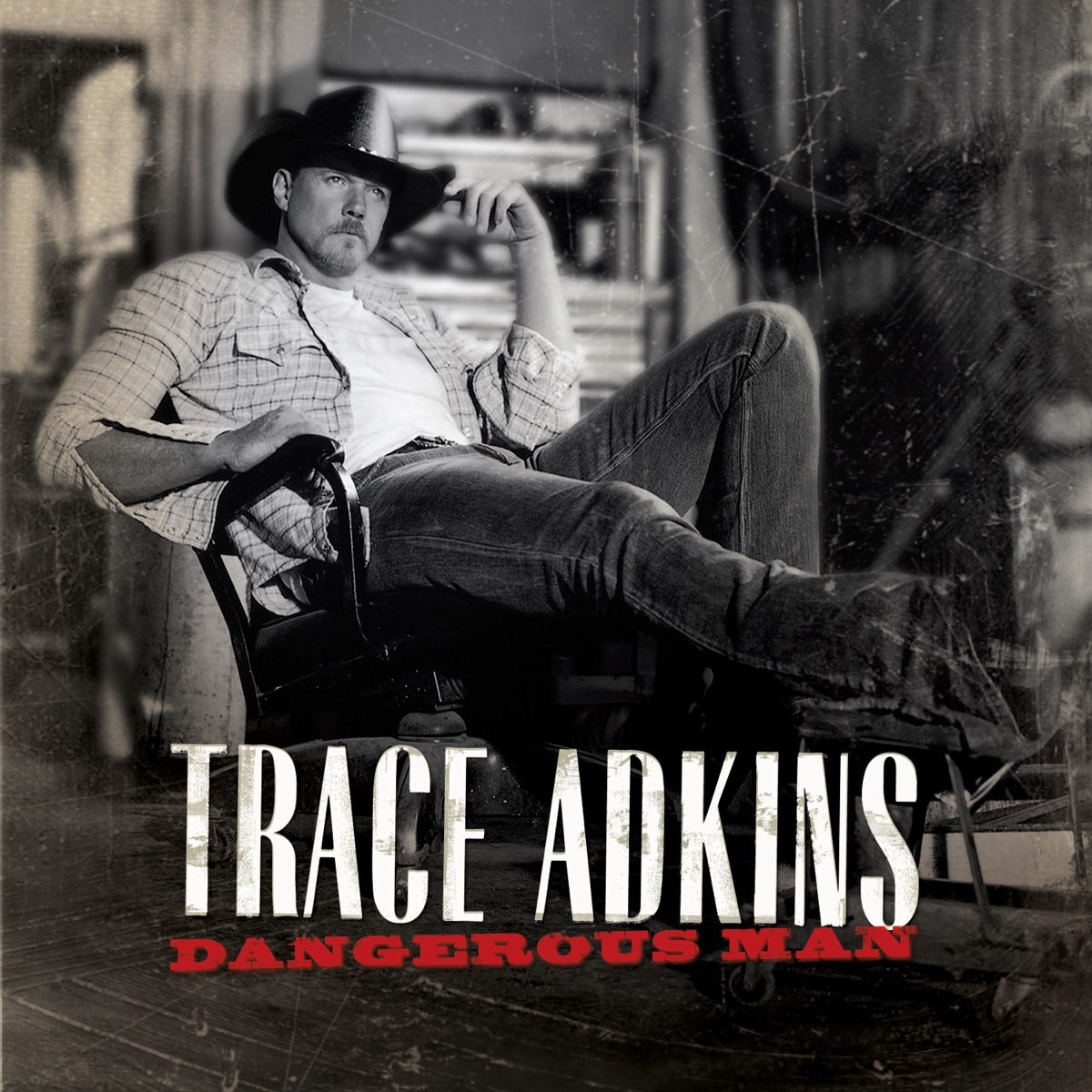 “Son, the First Amendment protects you from the government, not from me. You can say whatever you want to out there, but come within reach of me, I’ll exercise my right to give you a good ol’ country ass-whoopin’ is what I’ll do, by God.” That, the spoken-word coda to “Fightin’ Words,” the money shot on Trace Adkins’s Dangerous Man, gives warning to those who would speak ill of Adkins’s God or mama or the flag on his shirt. While it probably says enough about the album all on its own, it nonetheless leaves open the opportunity to say that Dangerous Man is as crass, stupid, and poorly performed as most anything Nashville’s assembly line has pinched off in recent memory. And, lest anyone forget exactly what that entails, there’s an exclusive mix of the still-steaming pile that is “Honky Tonk Badonkadonk” tacked onto the end of the album. Alternating between heavy guitar-driven cuts, each in desperate search of a hook that measures up to Big & Rich’s “Save a Horse (Ride a Cowboy)” (which, two years out, no one on Music Row has yet found), and drippy AC ballads that Adkins’s woefully limited baritone can’t sell at all, Dangerous Man is an ideal citation for anyone who blindly dismisses country music. Following the sheer empty-headedness of the would-be anthems (lead single “Swing” is a bald-faced attempt to score another chart-topping novelty song, this time with a little league chant and a baseball-as-sex trope that operates at that same age level) and the clichéd schmaltz of the ballads (“Ain’t No Woman Like You” is nearly the exact same song as a minor hit by Buddy Jewell from just six months ago, and “I Came Here to Live” is one of the few songs with a verse about a dying child that Martina McBride hasn’t recorded), Adkins’s lack of self-awareness is best captured in the back-to-back sequencing of the ridiculous “I Wanna Feel Something,” in which he shrugs off the abject horrors of world politics, with “High,” a D.A.R.E. essay in song-form, in which he boasts that there’s no experience in life more rewarding than celebrity. The album isn’t awful in any of the creative or important ways that would make it truly dangerous (even Adkins’ strident patriot act is a retread of Toby Keith’s and Darryl Worley’s shtick), but in perpetuating every unfortunate, ugly stereotype of the genre, Dangerous Man is still an embarrassment.