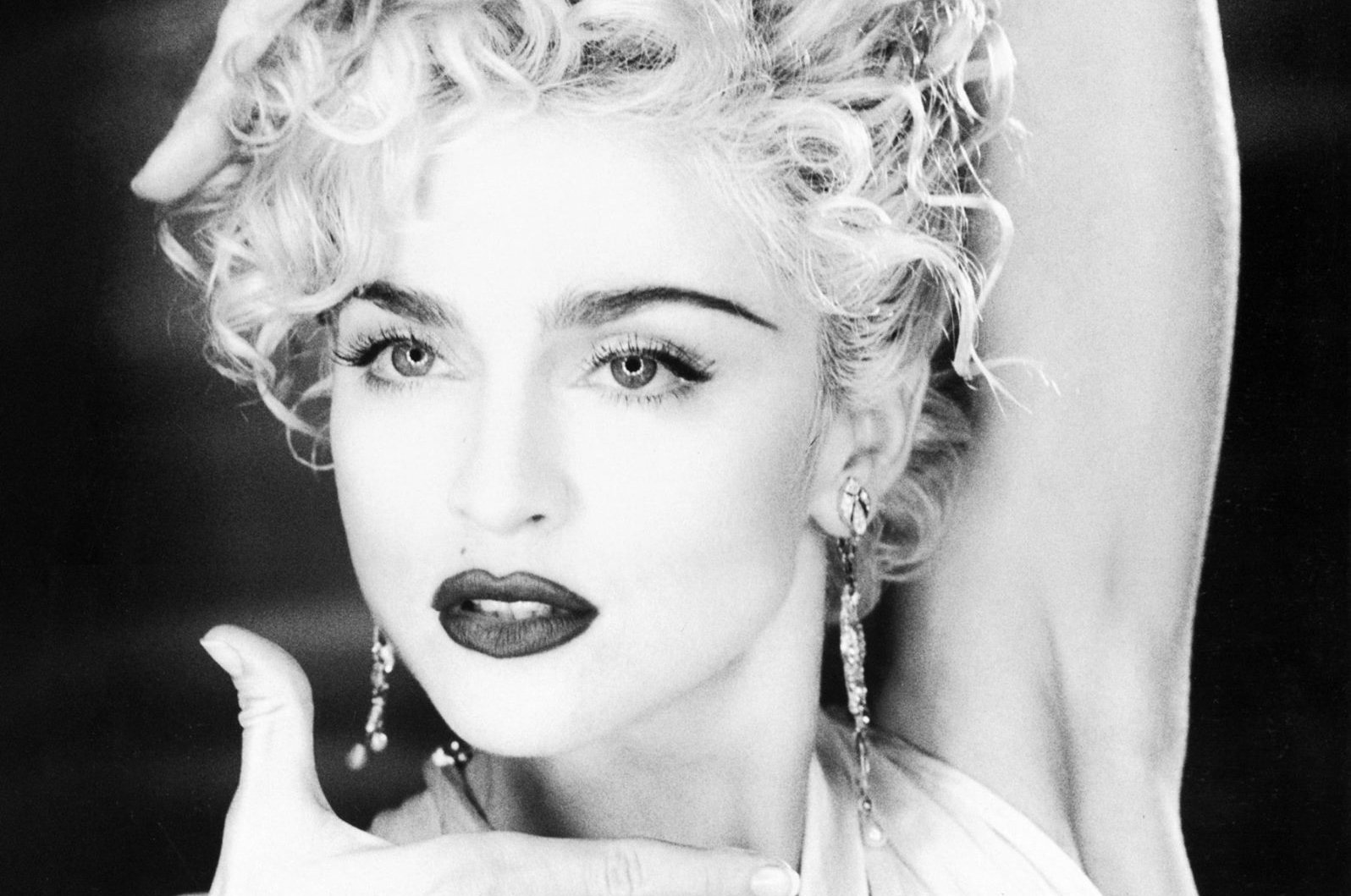 Released in March of 1990, Madonna’s “Vogue” wasn’t just a hit single—it was a cultural phenomenon. Ironically, no other song better exemplifies both the singer’s influence on pop culture and the accusations of appropriation that have been lobbed at her over the years. The track, produced by Shep Pettibone, is at once a musical map of disco, shamelessly ripping MFSB’s “Love Is the Message” and Salsoul Orchestra’s “Ooh, I Love It (Love Break),” and an enduring prototype of its own, spawning countless copycats and spoofs in the early ‘90s and inspiring covers by more contemporary acolytes like Britney Spears, Rihanna, and Katy Perry. The queen of pop herself has even paid homage to her own hit, erupting into the song’s refrain at the end of her 1992 single “Deeper and Deeper” and sampling elements of the track on 2015’s “Holy Water” and her most recent club hit, “I Don’t Search I Find.” Like the Harlem drag balls that inspired it, “Vogue” is about presentation, and unlike, say, “Like a Virgin,” the queen of reinvention has found little need to fuss with perfection. Sal Cinquemani

Look closely when that butler brushes off the bannister. Nope, no dust there; the finger pulls clean. Those who objected to Madonna’s co-opting two vibrant New York scenes—ball culture and the house underground—had every reason to cast any available aspersions once the instant-classic music video for “Vogue” hit the airwaves. Directed with diamond-cut precision by David Fincher long before he became the fussiest of the A-list auteurs, the already plush song became a plummy fantasia of Old Hollywood luxury, and an actualization of the sort of glamour Paris Is Burning’s drag queens and dance-floor ninjas openly longed for. And it came with a steep price tag. “It makes no difference if you’re black or white,” goes the familiar refrain, but it’s unclear whether Madonna realized to what extent the clip’s flawless, monochromatic cinematography would underline the point. To some, the video (like New York’s ball scene) represented the ultimate democratization of beauty. To others, a presumptuously preemptive eradication of the racial question entirely. Eric Henderson

Compared to the spectacles Madonna would go on to stage for the song over the next quarter century, the premier live performances of “Vogue” were surprisingly quaint. Stripped down to the bare basics (aside from the dancers’ headdresses, even the costumes consisted solely of simple black spandex), the Blond Ambition version of the song came closest to capturing the essence of the gay ballroom scene the lyrics were inspired by: presentational, preening, and all about the pose. Cinquemani

Along with “Vogue,” this year also marks the 30th anniversary of Rock the Vote, the nonprofit organization aimed at mobilizing and registering young voters. In 1990, the group made its national debut with a TV spot featuring Madonna and two of her Blond Ambition dancers harmonizing to a cheeky, revamped version of her then-recent smash. In what might seem tame by today’s standards, the sight of the world’s biggest pop star draped in the American flag, comparing freedom of speech to sex, threatening to give non-voters a “spanky,” and name-dropping Malcolm X and Martin Luther King Jr., all while dressed in red lace lingerie, twisted more than a few panties among the Moral Majority. And that was before it was revealed she wasn’t even registered to vote. Cinquemani

Indulging in a cheeky bit of dress-me-up make believe, Madonna’s performance at the 1990 VMAs gracefully elided politics altogether in favor of lace-front cosplay. Borrowing liberally from Dangerous Liaisons, specifically costume designer James Acheson’s cleavage-crushing bodice, Madonna and regalia flitted around a rec room, taunting a bevy of eligible suitors in short pants, punctuating every tease with an audible snap of fans that sounded more like trashcan lids. Sandwiched as the song was between “Like a Prayer” on one side and “Justify My Love” and Erotica on the other, it was nice to see at least one performance of the song that revels in the simple thrill of innocent ribaldry. Henderson

Not by any stretch the most iconic performance of the tune, and in fact very likely the most rote of the bunch, especially when you consider its place in context with the surrounding Erotica-heavy content, against which “Vogue” can’t help but sound just a smidge “Let’s All Go to the Lobby.” The Mata Hari headdress promises subversion that never really materializes, which is hardly a surprise given Madonna—clad in a boy bra and chunky platform military boots—has probably never looked more rectangular. This marked the last time she would perform the song in concert for more than a decade, and the vague sense that an increasingly doom-obsessed Madonna was vaguely bored with the song’s escapism is palpable here. Henderson