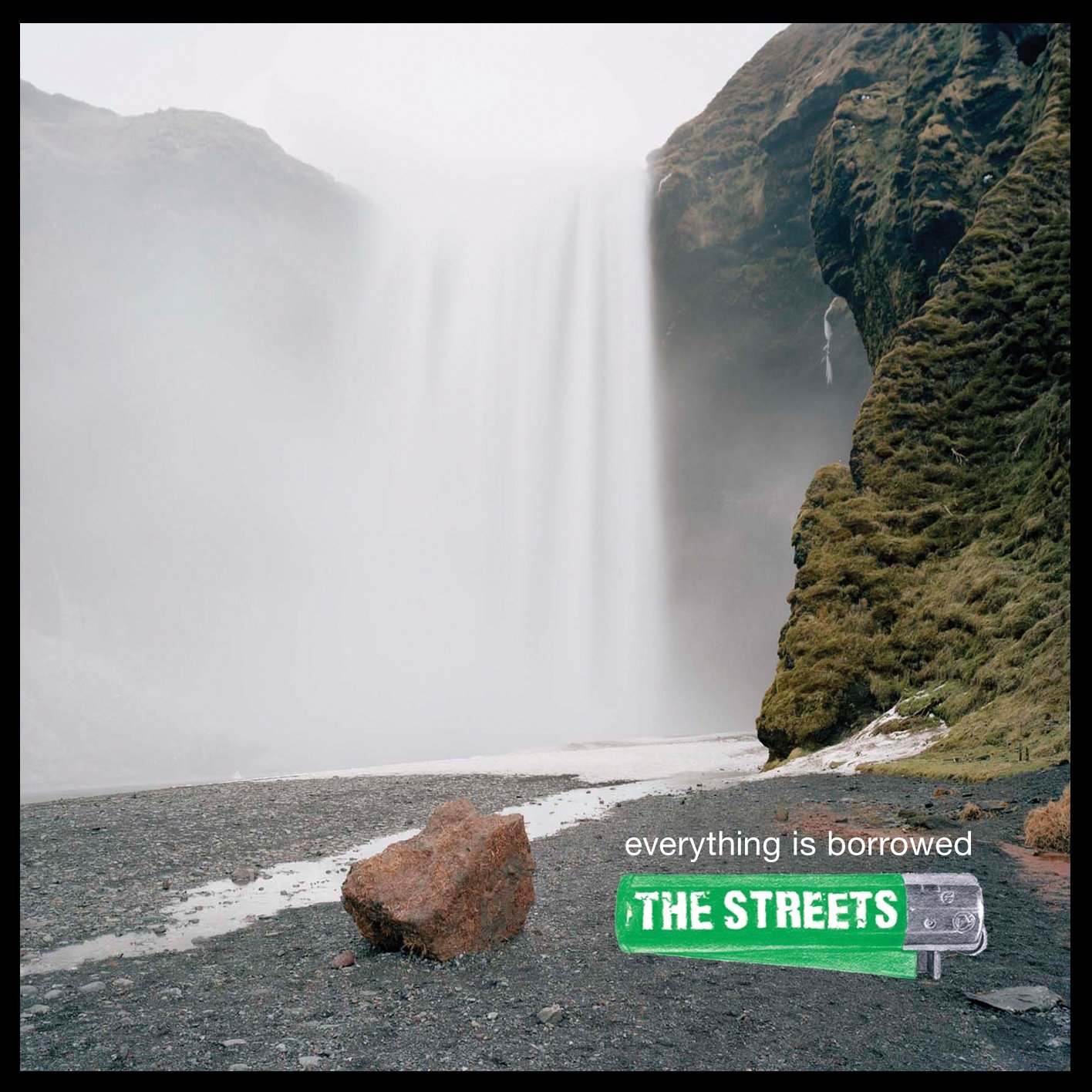 I haven’t kept up with Mike Skinner, a.k.a. the Streets, since Original Pirate Material, and listening to the vaguely Kanye West-ian overtures of the title track from Everything Is Borrowed, 2002 hasn’t ever felt so distant. To say a lot has changed is an understatement, but as much as the subject matter of Skinner’s stream-of-science rapping has evolved, and as faux-live as his backing tracks have become, his unique patois and winning sincerity still sell what has become a sonically disjointed—or, compared to his jacked-up earlier tracks, re-jointed—affair.

It goes a long way, too, even into the terrifying territory of the saccharine. The Bacharach-tinged horn arrangement behind “Off the Edge of a Cliff” is no red herring; what sounds at the start like an examination of suicide and despair quickly turns on its heels and becomes a “hang in there, kid” anthem, like Harold and Maude without the intergenerational sex. I mean, gag if you will through “The Strongest Person I Know,” a frictionless ode to an even-tempered lover set against chamber music, for God’s sake: “You gently take things slowly, and softly bowl them over/That’s the delicate way you’ve shown me you’re the strongest person I know.”

Sure, Skinner drops in a stray f-bomb in there, but it’s only to demonstrate how well chosen and neutral his strong better half’s verbiage is. It would be disorienting enough to find a track like this on his debut, but if the entire point of the song is to point out how much blather Skinner’s talk is all about, why try to disprove it throughout the rest of the album?

I could paint a picture based off the simple maxim “I love the rain on my scars” from “Everything Is Borrowed,” or ponder endlessly the handy dichotomy of “I want to go to heaven for the weather/But hell for the company” from “Heaven for the Weather.” Not all the production is quite so Velveeta-melty, and in a few cases the smoothness works in Skinner’s favor (the back-to-back four-on-the-floor jams “Never Give In” and “The Sherry End,” the latter sporting some nifty trumpet curlicues). But everything in the entire album is really just catching up to Skinner’s words, which is why it’s so hard to buy him when, in the album-closing “To Your Face,” he tries to pretend he just now “thought of something I coulda said to your face.” He’s had that something ready to spit at you from the very beginning.